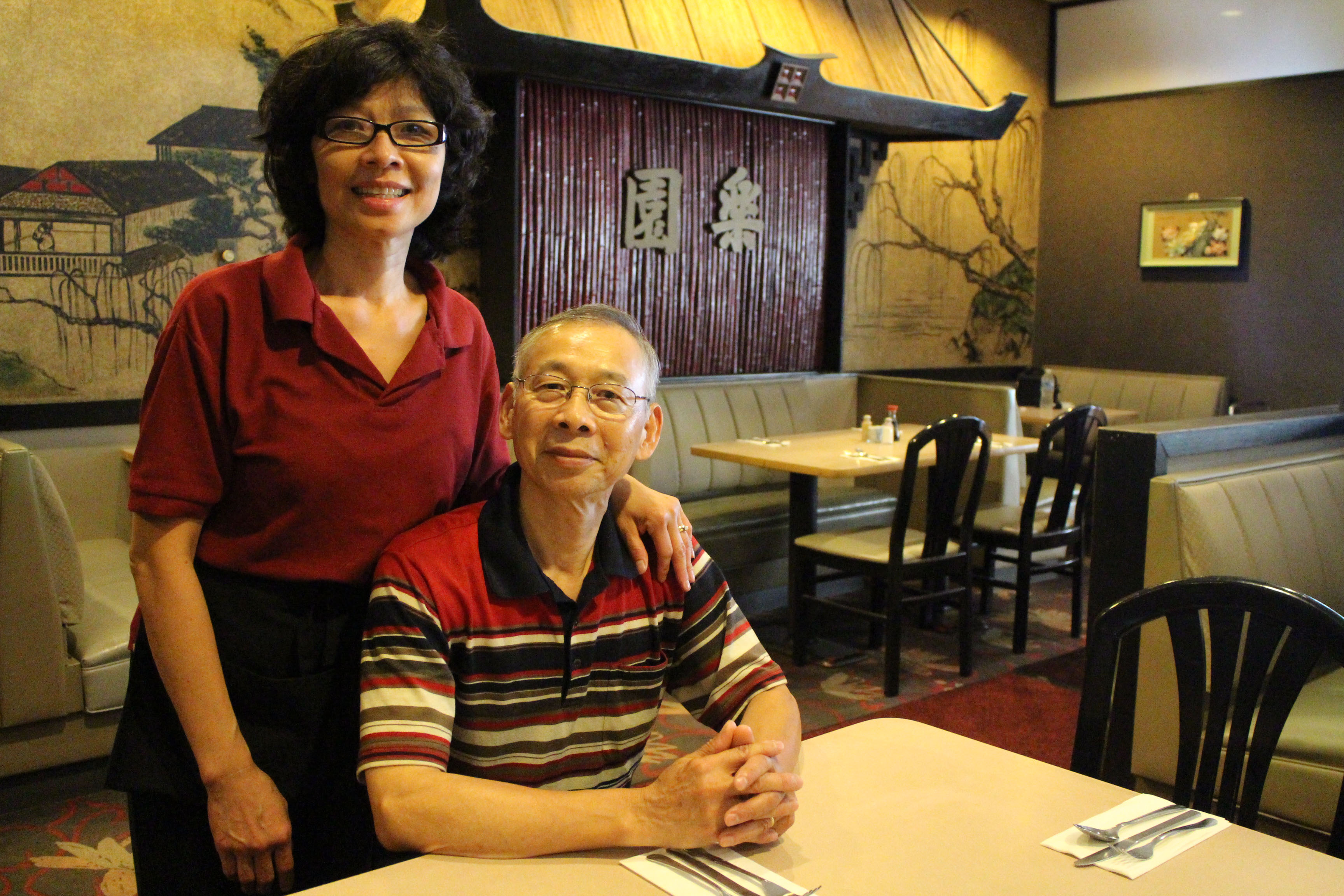 Here’s a venture that didn’t get mentioned in last week’s discussion of Richmond’s oldest businesses: Joy Garden, est. 1957 at 2918 W. Broad St. Now, amidst Scott’s Addition’s boom in breweries and apartments, the Chinese eatery’s owners are retiring and closing the restaurant.

Joy Garden will serve its last meal July 31 or at the end of this year, depending on whether owners Mark and Bang Sin can hire more help at the restaurant.

Sin said he is closing because he can’t afford to pay rent that appears to be rising with the popularity of Scott’s Addition. Business has declined in the past year as he has prepared to retire. Sin said having a service bar only, as opposed to an open bar, has hindered business. 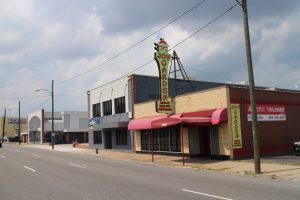 The owners of Joy Garden are struggling to keep up with rising rent in Scott’s Addition. Photo by Michael Thompson.

“The area is hot,” Sin said, adding he at one point had the option to buy Joy Garden’s building from his previous landlord. “It’s a little harder to compete. All my regular customers are getting older. Younger customers don’t like this kind of food.”

Joy Garden’s building was purchased in 2015 amidst a time of heightened redevelopment in Scott’s Addition. Restaurants and breweries lined with reclaimed-style wood, touting their artisanal bonafides have moved in alongside the neighborhood’s mechanics and machine shops.

“We think it’s a real attractive opportunity for restaurant users,” Turnbull said. “We hope to attract a tenant who will make some investment in the interior and the kitchen.”

Turnbull said the popularity of the area along West Broad Street west of the Boulevard has come full circle since the days it used to be considered the West End and the outskirts of downtown.

“It’s cyclical,” Turnbull said. “Over time that part of West Broad Street fell out of favor as things moved west, and now there is a resurgence.”

Sin said Joy Garden has been open since 1957 when Tommy Chin opened it at its current location. He recalled Chin hosting Chinese New Year’s parties attended by Virginia and Richmond politicians.

In 1982, Sin and three other partners bought the business from Chin. They added more Hunan and Sichuan dishes to Joy Garden’s largely Cantonese menu, and more than doubled the restaurant’s staff. A few years later Sin bought out his partners and he and his wife have run Joy Garden since. The pair had a West End location at 9109 Quioccasin Road from 1993 to 2005.

Joy Garden has customers who had their first dates at the restaurant and went on to bring their grandkids as the years passed. Sin recalled packed nights with more than 100 guests seated and another 70 out the door. Now, Sin has enlisted an auction company to sell off Joy Garden’s fixtures and equipment.

“I got a little emotional,” Sin said of the decision to close the West Broad Street location. “I’m going to miss my good customers.”

When he retires Sin hopes to work on his home in Hanover, volunteer and travel to Europe.

“I’ve never been one to take it easy,” he said. “I don’t think I can sit down and not do anything.”

This was great when I was growing up, their food was fabulous. It will be missed!

My father has visiting this place for well over 40 years and has refused to eat any other Chinese food… he was very sad to find out yesterday that they were closing. He said that he has known the owners for a long time and they were very personable making sure they greet him by name and having a particular table available for him when he entered.

This is terrible news! We’ve been eating here for almost 25 years (and my husband’s family for years before that!). We had one of our early dates here. This is the only place we order delivery from in the area. It might not be hip or trendy food, but it’s wonderful American Chinese. The owners were friendly and remembered the customers. I guess I will be eating a lot of Chinese food this month.

I will admit that this isn’t necessarily my favorite Chinese restaurant in the area, though it is quite good. I have a few friends that absolutely love it. As a more recent transplant, I think I missed their glory days. That being said, I have often enjoyed eating here for the atmosphere and personable service. Although a bit worn at the edges, the interior design of this restaurant is incredibly charming. Hopefully someone will be interested in keeping the space as a Chinese restaurant.

Oh my, Joy Garden was the very first place that I ever had Chinese Food. I was 10 or11 years young my family would eat their just about every weekend! I for one will miss them. It truly was the best Oriental Cuisine in the Richmond area. Enjoy your retirement Mr & Mrs Sin!

I am very sorry to hear of Joy closing. It was a steady business where one could get a good meal at a good price.
There drinks were also standard, had a reasonable price and were good.
Mr. and Mrs. Sin were always friendly and gracious. Thank you for your service and enjoy your retirement.
They had a good run but like other business’s (Bills, Ukrops, etc.) there came a time.
I will miss the Joy Garden.
As the saying goes, nothing that ends, ends well.

Joy Garden had great Chinese food and Mark and Bang , owners, were always kind and courteous to us. The hot and sour soup was the best. We will miss Joy Garden and we wish the best to Mark and Bang. Enjoy your retirement!!!