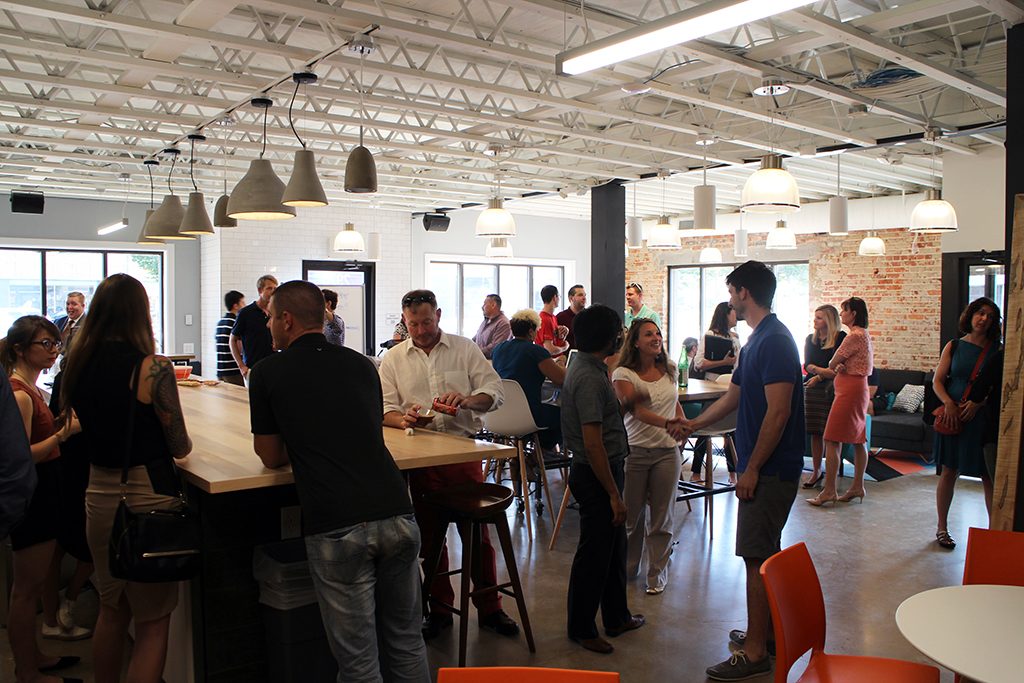 A Richmond co-working venture has opened its second location in a recently redeveloped building along West Broad Street.

Gather opened this month at 2920 W. Broad St. on the southern border of Scott’s Addition. The co-working space occupies 17,000 square feet in a building it co-owns with High Summit Holdings, an entity controlled by Birck Turnbull of Cushman & Wakefield | Thalhimer and Charles Bice of KB Building Service.

The Scott’s Addition Gather has 70 offices that can be rented out monthly. Gather memberships include access to both the Scott’s Addition and downtown locations. The Broad Street spot shares a building with redeveloped commercial space that will house a forthcoming brewery and hot dog shop.

James Crenshaw, Gather’s managing partner, said about 50 offices have been rented at the Scott’s Addition location. He said companies working out of the new Gather include Wildfire Design, UnBoundRVA, 28 Media, Ticket Spicket and Creekmore Law.

Crenshaw said more Gather locations are in the works.

“We are working on that,” he said. “We want to expand the brand.” 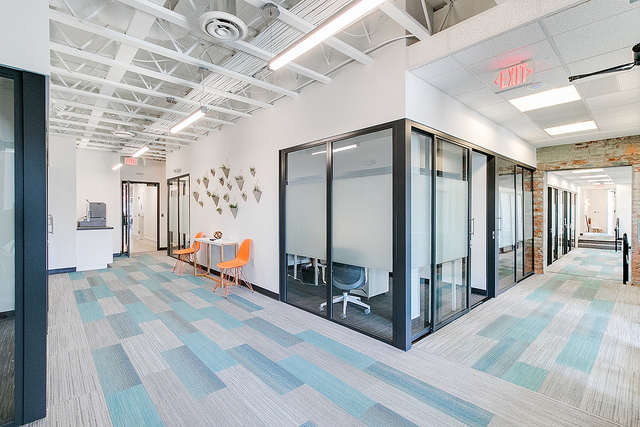 Congrats to Urban Core, James, and the Gather team! Campfire & Co. is so proud of the interior design work on this project. Thanks for a chance to collaborate friends!