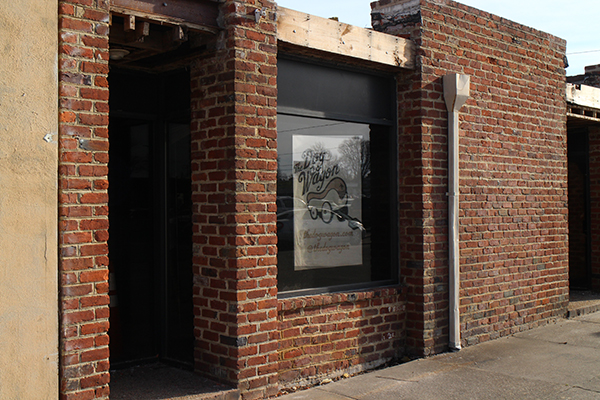 With its brewery tenant already locked in, a new co-working space in Scott’s Addition is bringing in some hot dogs to soak up the suds.

Stout has leased a 1,200-square-foot space and joins Charlottesville-based Three Notch’d Brewing Co., which signed on at the Gather building in December. 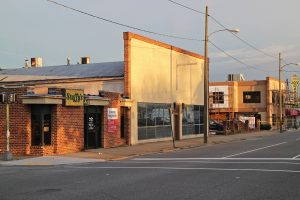 Dog Wagon will join Three Notch’d Brewing and Gather’s office tenant when it opens this year. Photo by Michael Thompson.

Stout is a former white collar worker who got into the food business when the economy took a hit. His son suggested a food truck as a way of testing the market and he was already a fan of hot dogs.

“I took the time to lay the foundation,” Stout said. “We’ve found people like beer and hot dogs.”

The food truck-to-storefront trail is one traveled by many other eateries around town. The Cultured Swine and Boka Tako got their starts on wheels before opening storefronts of their own.

Stout said he typically does corporate lunches in the day and events in the evenings. He said on an average day he turns away about three job requests for his truck’s services. Opening a storefront grew out of a need for a commissary and an annex for the food truck.

“We decided, ‘Why not combine those and have a carry-out restaurant?’” Stout said.

The menu at the new Dog Wagon will be the same as the food truck, which Stout launched in 2012: 22 different hot dogs ranging from $3 to $10. Fries, tots and drinks will also be on the menu. The hot dog shop will have counter space but cater to takeout orders.

The 26,500-square-foot Gather space is owned by the co-working company and High Summit Holdings, an entity controlled by Birck Turnbull of Cushman & Wakefield | Thalhimer and Charles Bice of KB Building Service. It’s set to open to tenants later this year and will be Gather’s second location in Richmond. Turnbull said the Broad Street property has about 4,800 square feet still available.

Stout could not say how much it will cost to open the brick-and-mortar spot. He is financing it himself and with an undisclosed investor.

A new storefront isn’t the only link getting added to The Dog Wagon: Stout is in the process of buying a second food truck to serve the Richmond area.

“We’re so booked in Richmond I don’t need to travel,” Stout said.