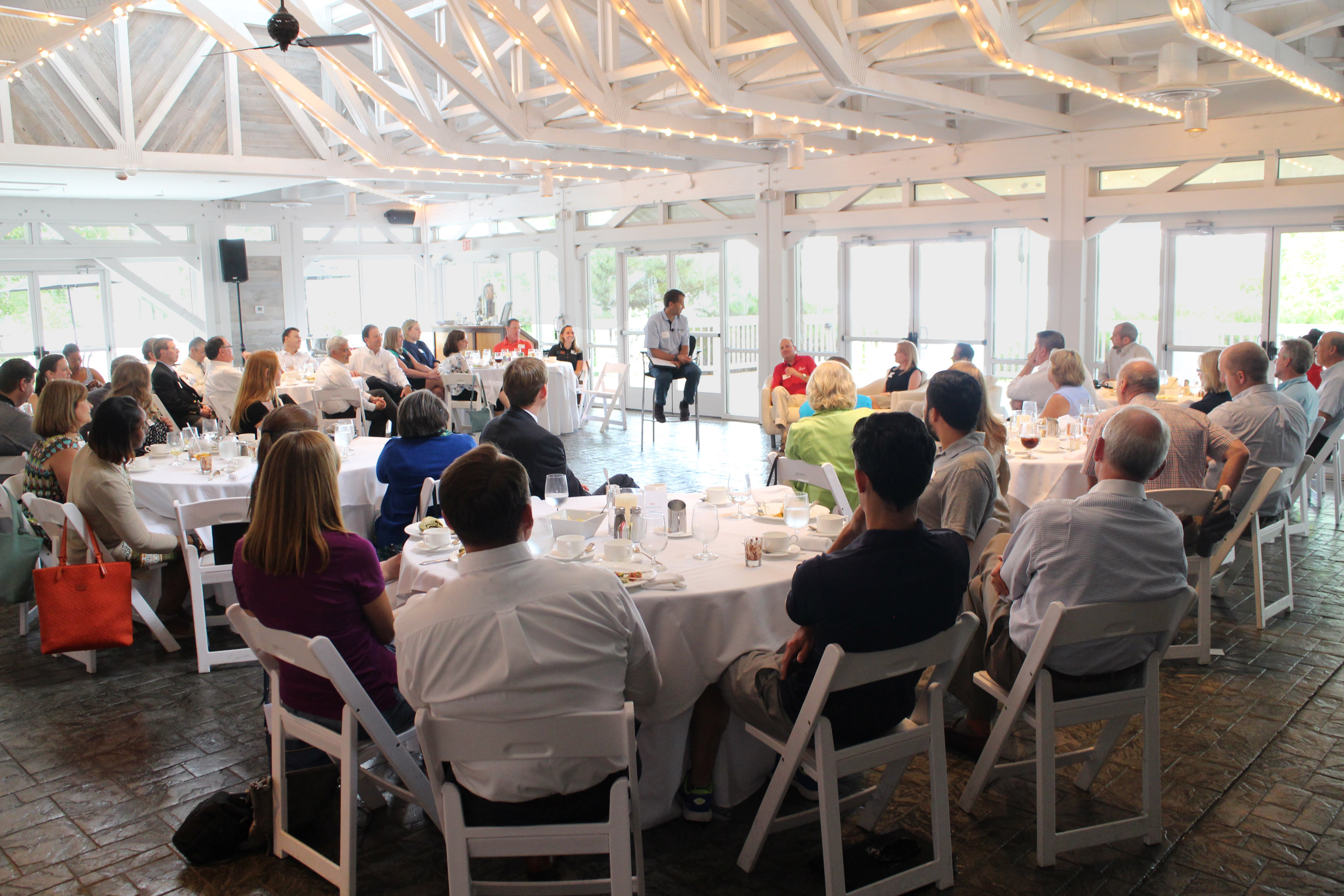 Richmond Region Tourism hosted the event at The Boathouse at Sunday Park. Photo by Michael Shaw.

The impact of sports tourism on the Richmond region was served up for conversation at a panel discussion last week.

A group of government officials, hoteliers, restaurateurs and other business leaders gathered Friday in Brandermill to discuss sports tourism’s impact on Richmond businesses and the regional economy.

Danielle Vincenti, sports development manager at Richmond Region Tourism, said sports “continue to be a major force with regard to driving hotel occupancy,” adding that it’s “50 percent of our tourism market.” 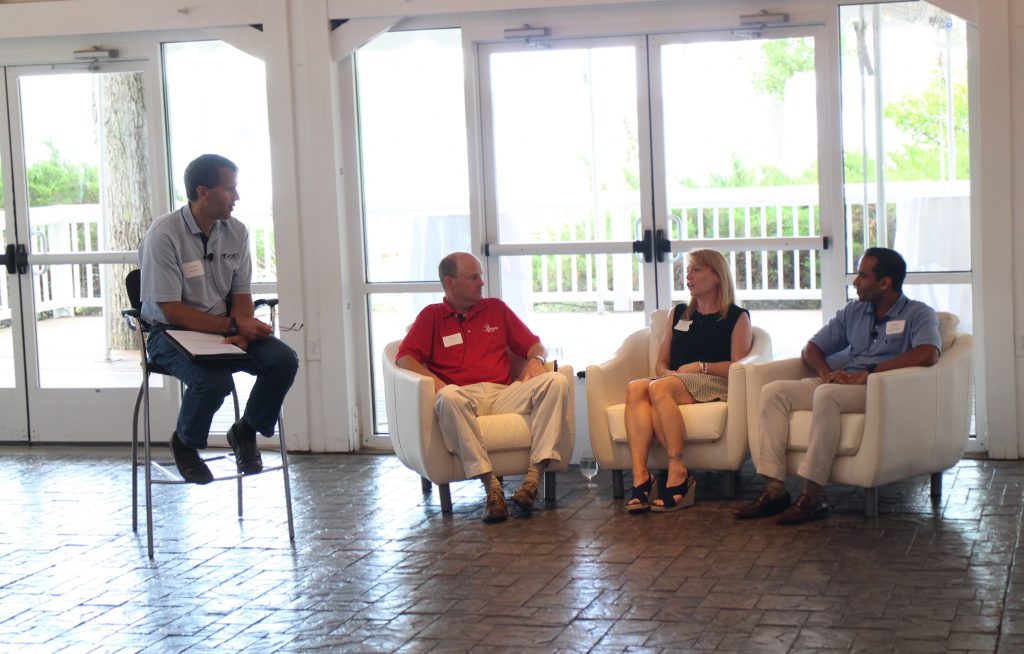 Amin, whose hotels include the Richmond Hilton Conference Center & Spa at Short Pump and the Richmond Double Tree by Hilton at Midlothian, said the addition of area sports events have had a notable impact on the industry’s slowest months.

“Historically in our region, July wasn’t a strong month,” Amin said of hotel occupancy rates. “Now it’s one of our strongest.”

Friday’s event included a field trip to the nearby River City Sportsplex in Midlothian. The athletic complex was one of three sites that hosted last weekend’s IWLCA STX Capital Cup girls lacrosse tournament. The tournament, organized by Corrigan Sports Enterprises, drew 15,000 visitors to the Richmond area, according to Richmond Region Tourism.

The lacrosse tournament followed the USA Taekwondo National Championships, which were held at the Richmond Convention Center July 4 through 10.

Lee Corrigan, president of Corrigan Sports, lauded the region’s efforts to attract sports events but stressed a need for facility availability and improvements. Corrigan said he would like to see the number of sites for the annual lacrosse tournament reduced from three to two to improve operations.

“We do business all over the world, and no one’s better than this area in putting in a cohesive effort (to host sporting events),” Corrigan said.