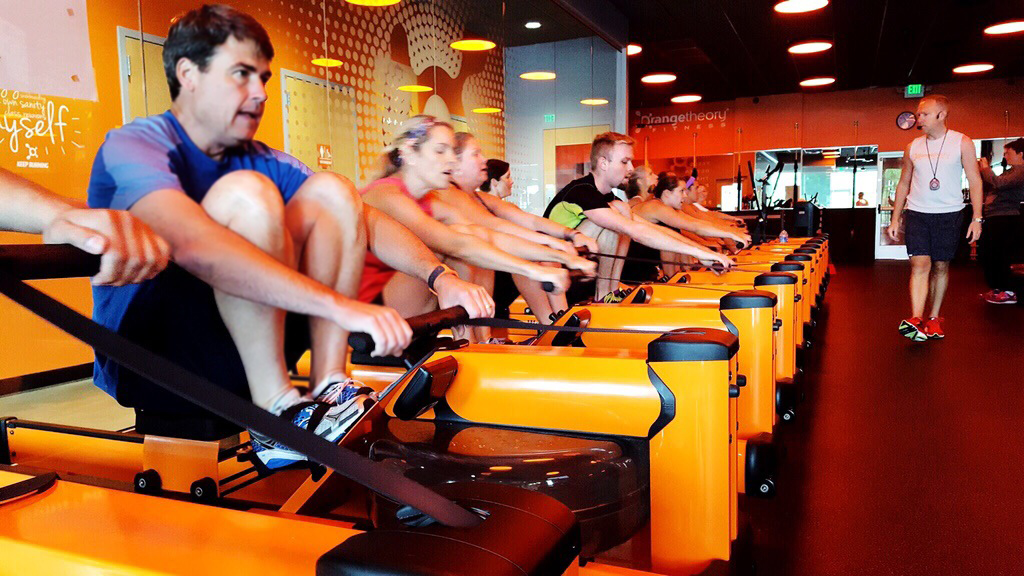 A fresh face in the local fitness industry has signed on for its next location in an expanding Southside shopping center.

An Orangetheory Fitness franchise plans to open its second location in September at 15801 City View Drive in the Shoppes at Westchester. Franchise owners Mark Blum and Kyle Turner have leased a 2,722-square-foot space that was formerly home to Chopstix Asian Bistro and Lounge.

The franchise has one other location in the Richmond area that opened last year at the Corner at Short Pump. The brand does interval strength and conditioning workouts that emphasize participants’ heart rates.

In Virginia, there are 17 Orangetheory locations open or in the works, according to the company’s website. Brooks Stone, regional operations manager for southern Virginia, said the company has specific requirements when it comes to finding new locations.

“We look for parking,” Stone said. “We look for good visibility, traffic and population.”

“I think they like the small, intimate feel,” Stone said of Orangetheory members. “There are a lot of bells and whistles that come along with it.”

Orangetheory participants are connected to monitors that flash their heart rates on video screens in the gym. The idea is to work out at an intensity that keeps one’s pulse in the so-called “orange zone,” between 84 and 91 percent of his or her maximum heart rate.

Stone said each Orangetheory location costs about $500,000 to open, adding that the Richmond venture is entirely privately funded. Stone said Yedda (no last name), who helped market the Short Pump location, is no longer involved with the venture.

More area locations may be in the works. Stone said the Richmond owners have a letter of intent out for a West End location near the intersection of Glenside Drive and Forest Avenue.

“The goal is to open 11 to 14 in the (southern Virginia) territory, and four to five in Richmond,” Stone said, adding that the Richmond owners have the rights to most of the territory.

The forthcoming Midlothian location is opening in a shopping center owned by local developer The Rebkee Company. The 35-acre development recently had Monarch Mortgage join the tenant mix at the Shoppes at Westchester, a multi-phase mixed-use development planned for a total of 225,000 square feet.