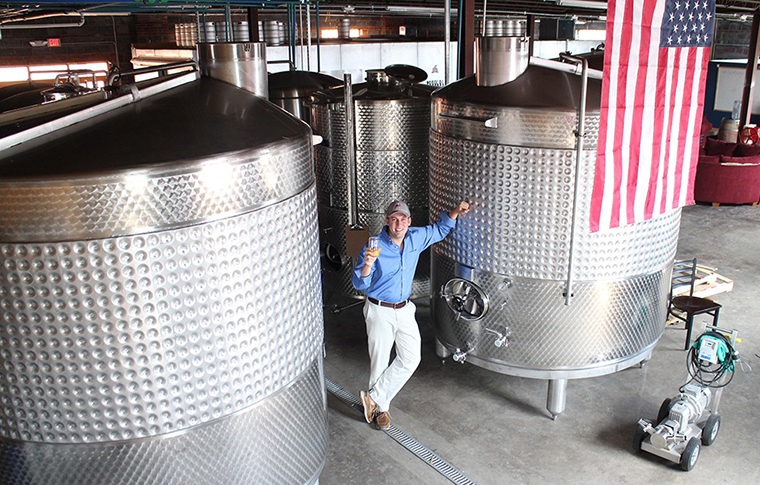 An upstart local booze maker is making an investment to double its capacity less than three months after opening in Richmond’s thirstiest neighborhood.

“There has been a lot of demand for our cider here in Richmond,” said Buskey founder and CEO William Correll. “Richmond is a thirsty city…we’re just trying to keep up with demand.” 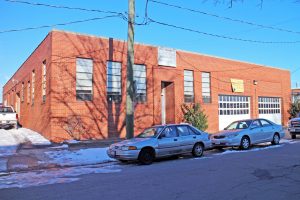 Buskey Cider moved into the space at Leigh and Sheppard streets in April.

With the new equipment in place, Correll said Buskey is hoping to take advantage of its expanded volume and begin canning its hard cider and get its products on store shelves in the coming months. Ashland-based Old Dominion Mobile Canning, which has become a go-to canner for many breweries across the region, is set to can the Buskey’s products.

Correll, who conceived the idea for Buskey in a Hampden-Sydney frat house a couple of years ago, said the cidery spent about $30,000 to purchase the tanks from California-based Criveller Group. He said each new tank would produce about 888 cases of 12-ounce cans of hard cider.

“It’s something I can admit that I should have placed more focus on,” Correll said of canning. “Given our increased capacity, we will be able to start seriously looking to can our cider and bring them to store shelves in the area.”

Expansion plans also include new cider brews. Along with Buskey’s cidermaker Alec Steinmetz, Correll hopes to introduce more cider brews using Pink Lady, or Cripps, apples that are sweeter; and Stayman apples, which are tarter and have less sugar. He added Buskey is also talking with Richmond-based Confluence Coffee Company about pairing its cider with one of its coffee cold brews.

Buskey’s hard cider is sold in a number of bars and restaurants all over metro Richmond, including Fat Dragon Chinese Kitchen and Bar, and En Su Boca in Scott’s Addition. The hard cider is also sold at Growlers To Go and Whole Foods in Short Pump. People can also fill their growlers at the Buskey Cider’s facility on Leigh Street.

Eventually, Correll would like to expand his brand and product into the Hampton Roads area – starting with Williamsburg before heading further south into the Virginia Beach area. He added there could also be opportunity for future distribution growth in Northern Virginia.

“With the new capacity, we’ll have enough product to supply Richmond and add other areas,” Correll said.

Correction: A previous version of this story incorrectly reported that each of Buskey’s three new tanks can hold 888 twelve-ounce cans worth of cider. Each tank holds the equivalent of 888 cases of 12-ounce cans.