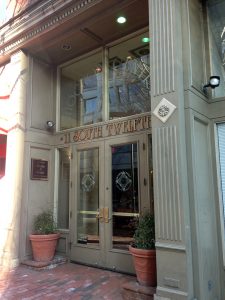 Medalist Properties, which invests in commercial real estate around the Southeast, has begun selling shares for its Medalist Diversified REIT, a fund that is looking to raise up to $50 million from investors.

That sales process began after the firm got its final green light from the Securities and Exchange Commission last Thursday.

An SEC document filed July 7 shows the REIT will attempt to raise a minimum of $8 million and a maximum of $50 million worth of common stock, with a minimum share price of $10 per share. That $50 million cap marks an increase from Medalist’s initial filings in the spring when the ceiling was set at $30 million.

Tim Messier, who along with Bill Elliott founded Medalist Properties in 2003, said the firm upped its offering after receiving increased investor interest for shares. The increased amount marks the maximum 12-month limit of a Regulation A+ offering, which Medalist is using for the REIT IPO.

Medalist, headquartered at 11 S. 12th St., has enlisted St. Louis-based Moloney Securities as its lead underwriter for the offering. Messier said Medalist also has a number of other broker dealers marketing its offering, including Monarch Bay Securities of California, ASMX Capital of Los Angeles and Folio Investing of McLean.

SEC filings show the proceeds from the offering will be used to purchase a North Carolina retail property from Medalist Fund I, an LLC affiliated with Medalist Properties. A hotel in North Carolina, a shopping center in Warsaw and a North Carolina industrial center are also being eyed for potential investment by Medalist.

“There are four initial properties we’re looking at,” Messier said. “There are others in the pipeline we’re interested in buying as we raise money.”

The firm lists its target market as the states of Georgia, South Carolina, North Carolina and Virginia. It seeks equity investments between $1-$6 million, with average property values between $5-36 million. A minimum purchase of 500 shares is required for an individual investment in the REIT, per an SEC filing.

If Medalist’s offering is successful, its shares will trade on the OTCQX stock market.