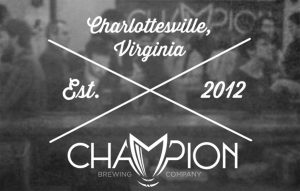 The incoming brewpub will produce 600 to 700 barrels of beer.

Another Charlottesville-based brewery wants to take a bigger gulp of the Richmond market – and it’s using the local food scene as part of its recipe.

Champion Brewing Co. plans to fill the long-vacant Aurora Restaurant at 401 E. Grace St. with a new brewpub, the company announced on Saturday.

It signed a lease last week for the 6,000-square-foot site at the intersection of Fourth and Grace streets.

“I love that part of town,” Hunter Smith, Champion Brewing Company president and head brewer, said of the city’s arts district. “We’re connected to the arts here in Charlottesville, and felt this would be a good location for us to do the same in Richmond.”

His company plans to invest about $500,000 to transform the location into a brewpub by late December, Smith said.

Ashland-based Perretz & Young Architects is overseeing the design and build-out of the space, Smith said.

Once operational, Smith said Champion’s Richmond location will have the capacity to produce 600 to 700 barrels (about 1,400 kegs) of brew on site per year. He added the brewpub will also serve staple beers produced by Champion. 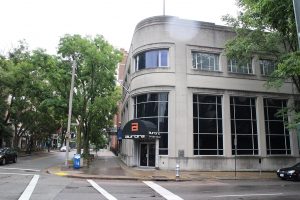 Champion plans to invest $500,000 to convert the former restaurant at 401 E. Grace St. into a brewpub. (Kieran McQuilkin)

Champion is distributed in the Richmond area by Loveland Distributing.

Smith added Champion is looking to hire a full-time Richmond brewmaster who will oversee brewing and local distribution operations at the location.

“We’re a couple months out for the hire,” Smith said.

Since establishing the brewing firm in the foothills of Appalachia in 2012, Champion has been on a growing spree. In 2014, the company expanded its 30-barrel facility in Charlottesville – which it calls its Missile Factory — to increase the brewery’s capacity to 15,000 barrels, Smith said.

This year, the company is on tap to produce 10,000 barrels of beer.

“We’re growing,” Smith said. “This was the right time for us to move forward with this brewpub.”

And he’s getting some help from a few of his Richmond friends to do it.

Jason Alley and Michele Jones, partners who run and manage Pasture and Comfort restaurants downtown, plan to open their third eatery inside the brewpub called Sur Taco and Sandwich.

While a menu has not been finalized, Alley said the restaurant will serve Southern-influenced tacos and tortas.

Alley and Jones are no strangers to the downtown restaurant scene. In fact, they helped grow it.

Pasture – located at 416 E. Grace St. – opened in December 2011 and at the time was one of the first restaurants to take a risk on that stretch of Grace. The duo also launched Comfort at 200 W. Broad St. in Jackson Ward in 2002 – a feat not many restaurateurs were willing to take on nearly 14 years ago.

“We were early adopters of East Grace Street,” Alley said. “We feel that concept is going to be a much-needed entertainment addition to the area, and will complement what we already have.”

Alley said the pending menu selection will complement all of the beer Champion produces, including brews being crafted in the new Richmond brewpub.

Champion will join its Charlottesville peer Three Notch’d Brewing Co., which is opening a satellite location in Scott’s Addition.