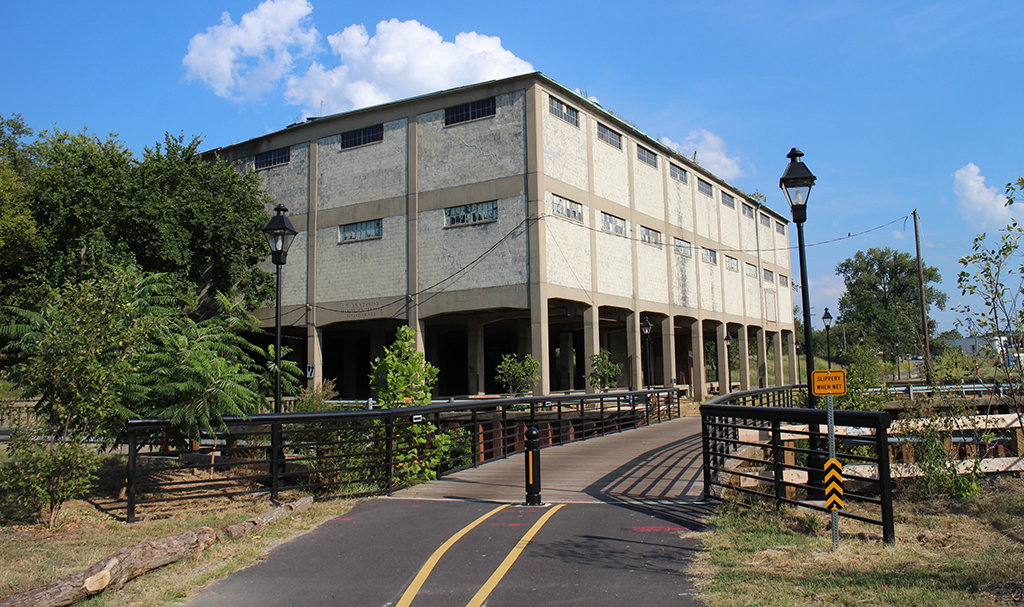 Stone Brewing plans to turn the site on Wharf Street into a 30,000-square-foot restaurant and beer garden. (Kieran McQuilkin)

While raising a toast Tuesday to its newest Richmond-made beer, Stone Brewing officials said they’re taking small steps toward the next phase of their Fulton operations, and pondering another big local leap.

Steve Wagner, president of the California-based brewery, said the firm met with its general contractor this week about previously announced plans to renovate the former Intermediate Terminal site at 3101 Wharf St. into Stone World Bistro & Gardens.

Richmond-based Hourigan Construction would handle the project, which would accompany Stone’s massive brewery that’s already up and running nearby.

While cost estimates and designs are pending for the riverfront site, Wagner said plans call for the city EDA-owned property to be transformed into a 30,000-square-foot restaurant and beer garden.

Richmond’s version of Stone World Bistro & Gardens, which officials hope to open by 2018, would mirror a similar complex the brewery recently opened at its West Coast headquarters in Escondido, California, Wagner said. 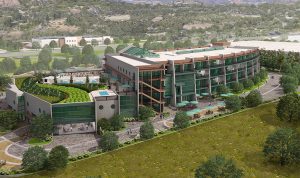 Renderings of the future Stone Hotel in Escondido, California. While the brewery has not released plans for a similar hotel in Richmond, a company exec did not rule out the possibility. (Courtesy Stone Brewing)

Another new component of its West Coast complex is the $26 million Stone Hotel, plans for which were announced earlier this month. The brewery is partnering with San Diego-based Untitled Hospitality to construct the project, which officials hope will be open by the first quarter of 2018.

“That area has quickly become a brewery tourist destination,” Wagner said of its Southern California’s brewery scene. “It made sense in California because our brewery has actually become more a draw for tourists.”

Wagner on Tuesday said Stone also is mulling the idea of placing a hotel within the vicinity of its East End Richmond operations.

“We’re not going to rule it out,” Wagner said.

No specific property has yet been purchased or targeted by Stone for any future Richmond hotel, Wagner said, adding that he has been impressed with Richmond’s waterfront along the James.

The Stone bistro will take shape near a section of the riverfront that the city plans to transform with lush landscaping, bike and hiking trails, a small marina and improved traffic flow along Dock and Wharf streets. Stone’s presence in that part of the city is seen as a catalyst for the surrounding Fulton neighborhood.

And nearby on Williamsburg Avenue, local real estate firm The Wilton Companies is mulling its options to bring new life to the nearby Armitage Building, which it quietly acquired earlier this year.

Wagner emphasized that opening the Stone World Bistro & Gardens in Richmond will take priority over any future hotel.

“We’re still working with the city about our plans,” Wagner said of the restaurant. “It’s still a couple of years down the road…but we are making progress.”

Imagine if the hotel included a tap in the room or at the very least a larger fridge than normal for a hotel room so people could store the beers they buy up from Richmond breweries while visiting. One can only dream.

This is what Richmond really needs, bigger fridges in proposed hotels.

What Richmond really needs is people to stop putting down any idea other people have. I know there are many other needs for the City that would rank higher than this, but it wasn’t a story about the needs of Richmond. It was a story about a beer garden and possible hotel. I didn’t think it appropriate to bring in schools, jobs or even economic development in general.

If you don’t feel it’s appropriate then why bring it up unless you are just trying to create something to argue against?

Some of the local loudmouths like to bad mouth Lee Downey for the deal he put together. But Downey did something that no one in Richmond has done in a long time: he closed the deal. The deal could have been better, but Richmond has not attracted any business in a long time, so we had to ante up a little more than we will in the future. This deal is still overwhelmingly good for us. Real production and transportation jobs from a company with the highest reputation for integrity and class, and one that knows how to attract tourists.… Read more »