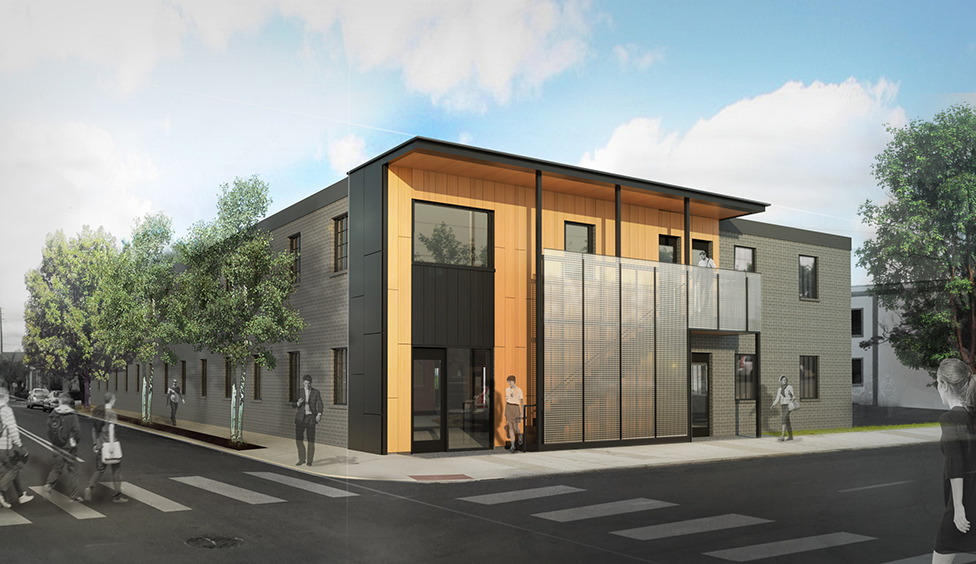 A rendering of the planned 16,000-square-foot building at the corner of West Marshall Street and High Point Avenue.

Another chunk of Richmond’s hottest neighborhood has caught the eye of local developers.

Three aging office buildings in Scott’s Addition were acquired last week by a group that has plans to gut and redevelop one of the properties in the near-term and potentially bring new construction to the remaining two sites over time.

The group, led by Yogi Singh, formerly of local real estate investment firm Capital Square 1031, paid around $2.5 million for 3122, 3113 and 3015 W. Marshall St., a cluster of two-story office buildings built in the 60s and 70s. The deals closed Sept. 1 and included adjacent parking lots. They also bought 3115 Clay St., but immediately sold it to another party, Singh said.

The remaining three properties total nearly 40,000 square feet and Singh said they’ll focus initially on the largest of the bunch – the 16,000-square-foot building at the corner of West Marshall Street and High Point Avenue.

Singh said they plan to convert the two story shell into modern office space with suites ranging from 1,500 square feet up to 8,000. 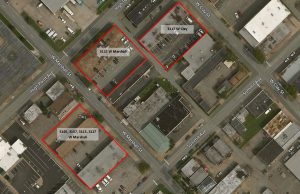 The three properties acquired Sept. 1. The Clay Street building (top right) has since been sold off.

“We have over the last couple months noticed a void in modern, efficient office space in Scott’s Addition,” Singh said.

He said the redevelopment would be similar in fashion to projects Singh worked on previously in Shockoe Slip, including most recently the conversion of 13 S. 13th St. into new office space.

“We aim to take the same program and theme (from the projects in the Slip) and fill a void in the market,” he said.

“Office is certainly on the table but we also think a mixed-use concept is a potential, just given the fact that we would have such frontage on Marshall and potentially on Summit if we can acquire other parcels.”

Singh recently left Capital Square to run a development firm that will operate within his family’s engineering, construction and investment office, HS Engineering and Construction. His father, Harki Singh, is an engineer and his mother, Viju Singh, is a retired Altria executive who is also an investor in the venture.

Singh said there are additional investors in the project but he would not identify them.

Singh’s group was represented in its purchase by One South Commercial’s Tom Rosman. Nathan Shor of S.L. Nusbaum represented the sellers, who were descendants of local real estate exec JF Batte.

Singh said work will begin  on the first building once the final group of existing tenants has moved out. He said they are in negotiations to complete that process.

“The momentum in the neighborhood is certainly something we’ve watched with enthusiasm,” Singh said.

Congratulations To Yogi and Push for the big move into development as well as his membership in the HBAR MF Council. The city will be better with his long term participation.

I do like the forward thinking design of the concept drawing. Would be a nice addition to that area.

Very nice design work, and love the vertical expression of the exterior.