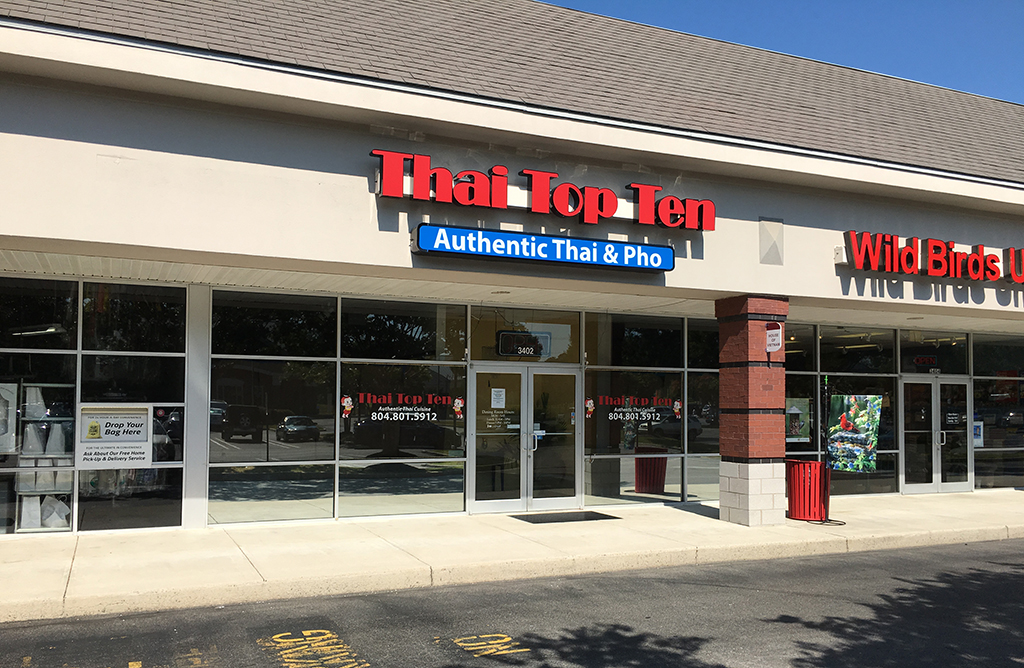 A local Thai restaurant has shut down its Short Pump location after a short stint at a Martin’s-anchored shopping center.

A sign on the door at Thai Top Ten at 3402 Pump Road in Short Pump Crossing says the restaurant is closed due to an ownership change. The sign says the new owner is planning renovations and a name change.

The change in ownership does not affect Thai Top Ten’s VCU location at 911 W. Grace St., which remains open and run by its original owners.

Thai Top Ten opened its Short Pump location in late May, according to its Facebook page.

At the Grace Street location, someone who identified himself as a cousin of the seller in the Short Pump deal said the original owner sold the location because it was not performing well.

The identity of the new owner of the Short Pump location could not be determined by press time.

The sign on the door at the Pump Road restaurant said gift certificates that were obtained from the Short Pump spot could be redeemed at the Grace Street location, which it identified as its flagship store.

In addition to Martin’s and Thai Top Ten, other tenants in Short Pump Crossing include Staples, Chick-fil-A and Tazza Kitchen. The Martin’s is one of 10 in the area that’s slated to be converted into a Publix as part of a massive grocery merger.

Short Pump Crossing is managed by S.L. Nusbaum. The company would not comment about the Thai Top Ten space.