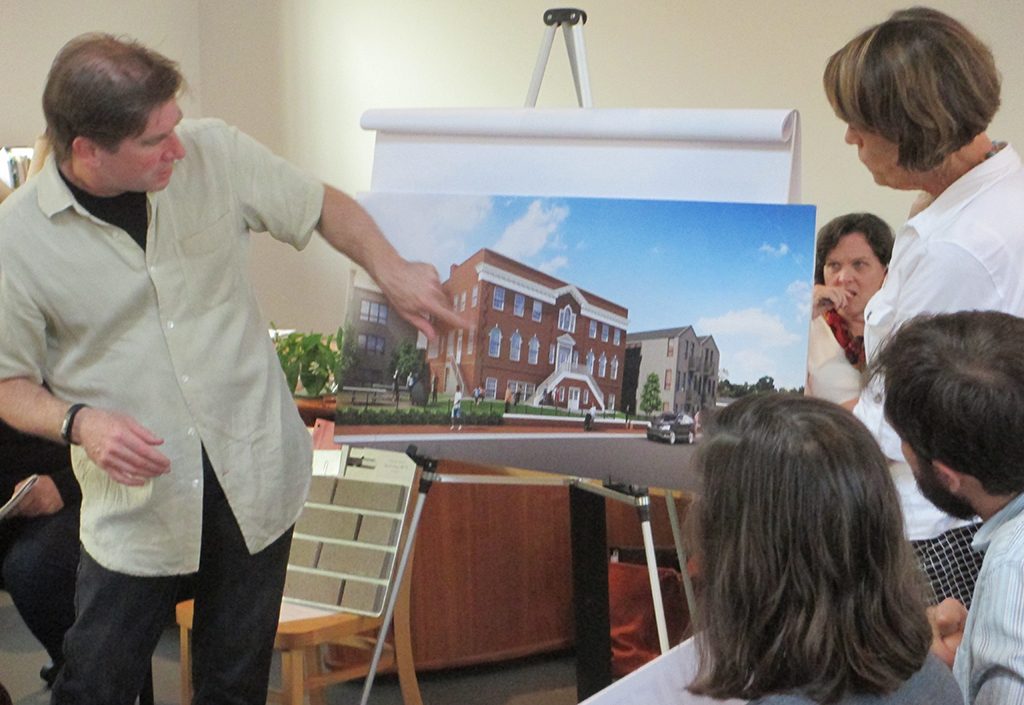 A picture of what could become of a prominent property in Richmond’s Union Hill neighborhood became clearer last week.

The Better Housing Coalition and Walter Parks Architects unveiled design renderings and site plans of their planned renovation of the 7,500-square-foot Citadel of Hope building at 2230 Venable St. and construction of two apartment buildings beside it.

The plans and designs, which have been submitted to the city’s architectural review commission but remain subject to revision, were presented at a meeting of the Union Hill Civic Association, which encouraged the more than two dozen attendees to sign petitions either in favor of the designs or requesting more work.

The $8.8 million project is aimed at reviving the derelict property, which Better Housing purchased in 2014 for $380,000 from the Temple of Judah Ministries. The project includes several parcels along Venable Street in addition to the 2-acre Citadel property, forming an L-shaped property that designers expect to revitalize the area and decentralize affordable housing options. 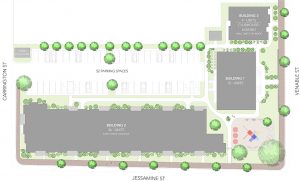 “The main thing we want to do is to make the urban center stronger,” said architect Walter Parks. “To do that, we don’t want to sprawl out. We want to grow upward.”

Plans call for a total of 52 units between the renovated Citadel building, which would house 12 units, and the two new apartment buildings, the largest of which would feature a paneled façade broken up into sections along the length of Jessamine Street between Venable and Carrington streets.

That building would house 36 units, and an additional four units would be included in a clubhouse and leasing building on the other side of the Citadel along Venable Street.

An existing former gas station building at the corner of Venable and Tulip streets would remain, and the development would be served by a 52-space parking lot enclosed within the property.

The one-, two- and three-bedroom units would be targeted to renters with incomes between 50 and 60 percent of the area median income. The property would be managed by Better Housing’s in-house property management arm.

The project would involve low-income housing tax credits to help finance construction, as well as historic tax credits, as the Citadel and gas station buildings are deemed historic.

The Richmond Commission of Architectural Review is scheduled to consider the designs at its meeting on Sept. 27. If approved, Better Housing would then move forward with securing construction financing and begin work on the project early next year, with completion expected by the end of 2017, said Greta Harris, Better Housing’s president and CEO.

“The latter part of next year, we should have our certificate of occupancy and be able to take in residents,” Harris said. 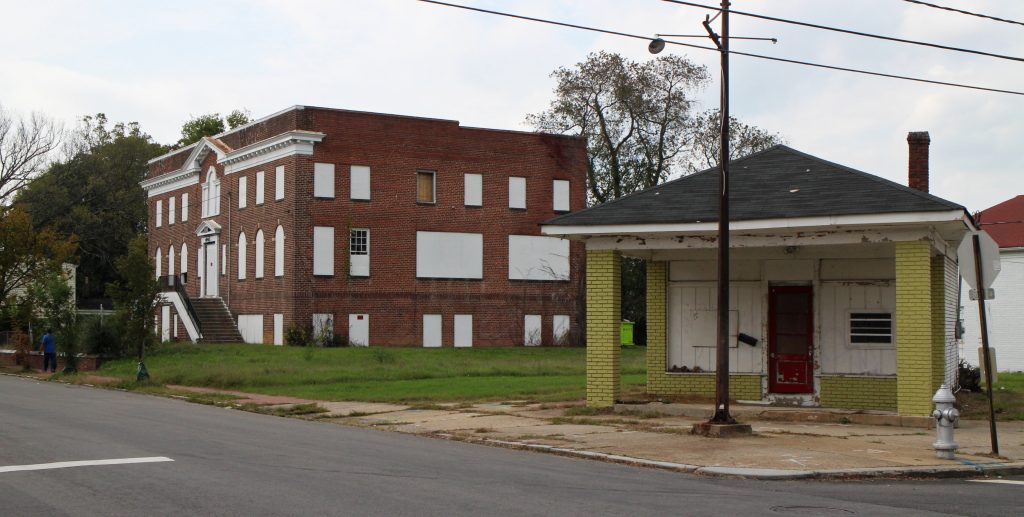 The $8.8 million project aims to revive the derelict property, which Better Housing purchased in 2014 for $380,000.(Katie Demeria)

Better Housing has been eyeing the property for about four years, spending most of that time working with property owners to secure the land and adjoining parcels. At last week’s meeting to the neighborhood association, Lynn McAteer, Better Housing’s vice president for planning and evaluation, said agreements could not be reached with the owners of the rest of the land on the block.

The property is zoned R-63 multifamily, allowing the proposed use without a special-use permit. Presenters said they have spent the past several months revising the project based on community feedback, and they noted that more revisions could be made before the commission review at the end of this month.

The project is the latest in the area for the nonprofit, which has been involved in Union Hill since at least the early 2000s, when it developed single-family homes north of Venable Street. The group has also been part of a coalition of city agencies and nonprofits that has added dozens of new homes and renovated existing ones in North Church Hill.

Definitely would be nice to see some more affordable rental units in Richmond. Seems like a lot of what’s being built here lately is unaffordable for the average Joe in Richmond. Hopefully they the plan will continue to include the old building because the architecture is beautiful if renovated correctly.