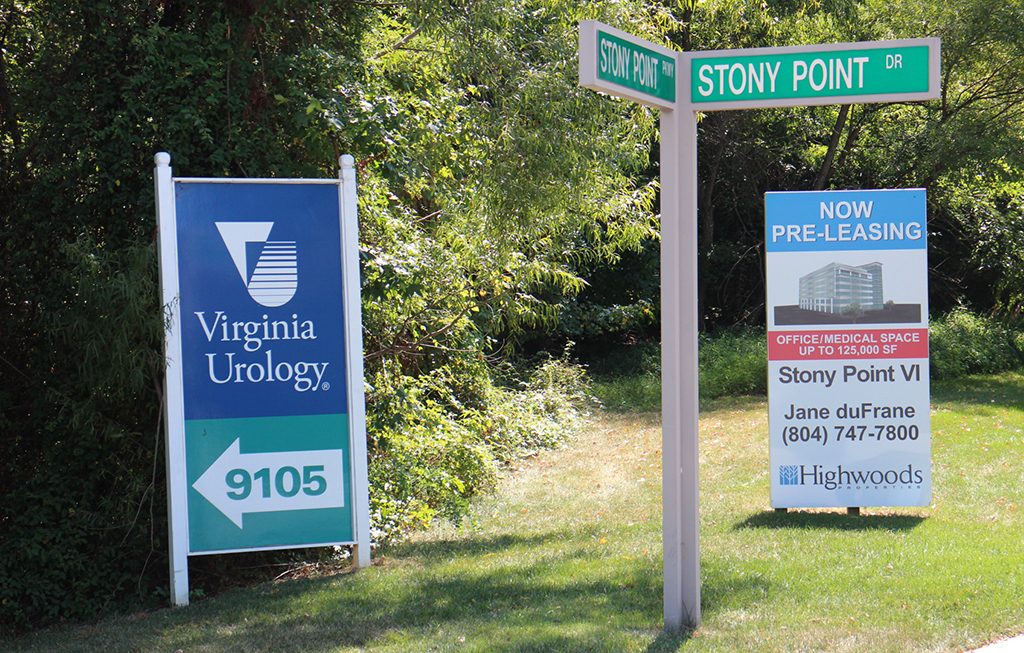 The building will take shape on an 8-acre parcel Highwoods has owned since 1998. (Michael Thompson)

With a large tenant in tow, a heavy hitter in the local office market is adding more square footage around a Southside mall.

Highwoods Properties on Tuesday announced plans to develop a $27 million, 87,000-square-foot building at 9101 Stony Point Parkway, near Stony Point Fashion Park. Virginia Urology of Richmond has pre-leased the entire three-story building and will use it as its new headquarters and medical facility.

The building will take shape on an 8-acre parcel Highwoods has owned since 1998, city records show. The company, which is also a major landlord in Innsbrook, will develop and own the building upon completion.

Virginia Urology has had a presence in the Stony Point area since 2003 with its 55,000-square-foot office and surgery center at 9105 Stony Point Drive. Virginia Urology CEO Brigette Booth said plans call for leaving its current building in 2018 when the new space is ready. She said a need for a newer, expanded space prompted the decision to move. 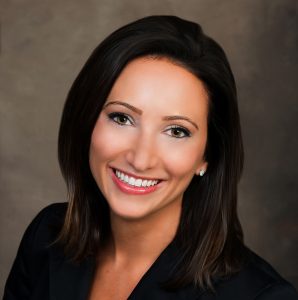 “We opened with the mall,” Booth said in reference to nearby Stony Point Fashion Park’s 2003 debut. “The current building had restrictions with space. It was really evident that our current building would not meet our needs in the long term.”

Booth said Virginia Urology’s new building will have a larger surgery center, a new dedicated women’s health center, and be used by 160 employees.

“It’s more to be able to fall in line with the regulatory changes in healthcare,” she said of the decision to move, adding Virginia Urology wanted to stay in Stony Point. “It allows us to stay in the community. We have a strong commitment to serving that area.”

Virginia Urology offers care for matters related to prostate health, kidney stones and women’s health. Its 320 employees are spread across seven locations mostly around Richmond, where the company has been in business for about 75 years. 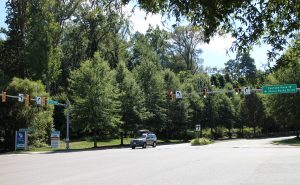 The parcel at 9101 Stony Point Drive was most recently assessed at $2.09 million. (Michael Thompson)

Highwoods expects to invest $29 million in the development – a figure that includes the value of the land. The parcel at 9101 Stony Point Drive was most recently assessed at $2.09 million, according to a city record.

“I think we’re well-suited given it was in close proximity to their existing facility,” Maiorana said of Virginia Urology and its new building. “They were looking to expand.”