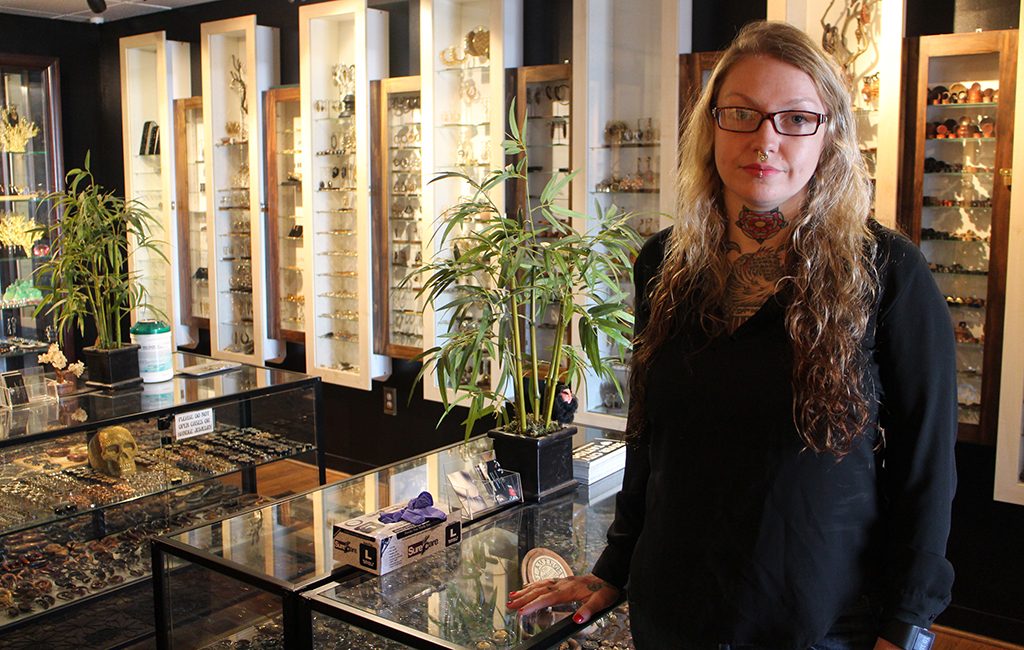 A local entrepreneur is moving her snow removal business to Scott’s Addition, where she is also forming plans for her next venture.

Jessica Simmons, whose ventures have included the River City Tattoo chain she started in 2002, owns the entity that in September bought the 10,000-square-foot property at 2915-2919 W. Leigh St., just off North Boulevard in Scott’s Addition, for $462,500.

The West Leigh street property is home to a 5,500-square-foot warehouse that Simmons will use for her snow removal business, AA Snow Removal Company. The property also has three attached townhouses totaling about 5,000 square feet that front West Leigh Street. Simmons plans to convert the residential units into a new business she wasn’t ready to discuss.

The West Leigh Street property was previously used by Precision Machine Company but has been vacant for eight years, Simmons said. The seller was an entity called WalkerPrice LLC, and the 0.13-acre parcel was most recently assessed at $147,000, according to a city record.

Buying it and moving AA Snow Removal out of its previous East End location and closer to her office on North Boulevard has long been on Simmons’ mind.

“I’ve been eying that property for a while,” Simmons said of the West Leigh Street space. “It’s so close.” 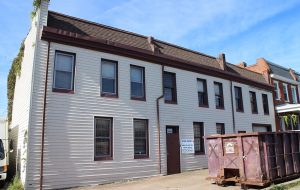 The property at 2915-2919 W. Leigh St., just off North Boulevard in Scott’s Addition, was bought in September. (Michael Thompson)

Scott’s Addition is familiar territory for Simmons, a body piercer by trade. In 2002, she opened River City Tattoo at 1128 N. Boulevard, a property she bought in 2004 through an LLC. River City Tattoo today has five locations between Richmond and Colonial Heights.

Simmons, 37, owns the property at 1813 W. Broad St. that is home to Enigma Tattoo Studio, where she used to do piercing work and now is the owner. She ran the restaurant Stronghill Dining Company where Fat Dragon is today at 1200-1202 N. Boulevard, a property she profited on when she sold it to The Rebkee Company.

Simmons launched AA Snow Removal in 2002 as a seasonal way to bring in extra income. What started with one truck has grown to 12 that service the Richmond area.

“Tattoos slow down in the winter,” Simmons said.

Union Bank & Trust financed Simmons’ purchase of 2915-2919 W. Leigh St. and is helping with the $100,000 in renovations she has planned for the property. Walter Parks is the architect for the project. Bandazian and Co. represented Simmons in the purchase of the building.

Simmons said she hopes to start a new business next year but declined to go into details about her plans. She also owns a soap business called Kiri that she launched under a different brand name in 2001.

Simmons, who has lived in Richmond since 1994, said she was originally attracted to set up shop in Scott’s Addition because of its proximity to Interstate 95. At the time, more than a decade ago, the Boulevard didn’t border the trendy neighborhood that’s developed around it today.

“I think for a long time we were out here on an island,” Simmons said. “I’ve seen it growing. It reminds me a lot of Carytown.”