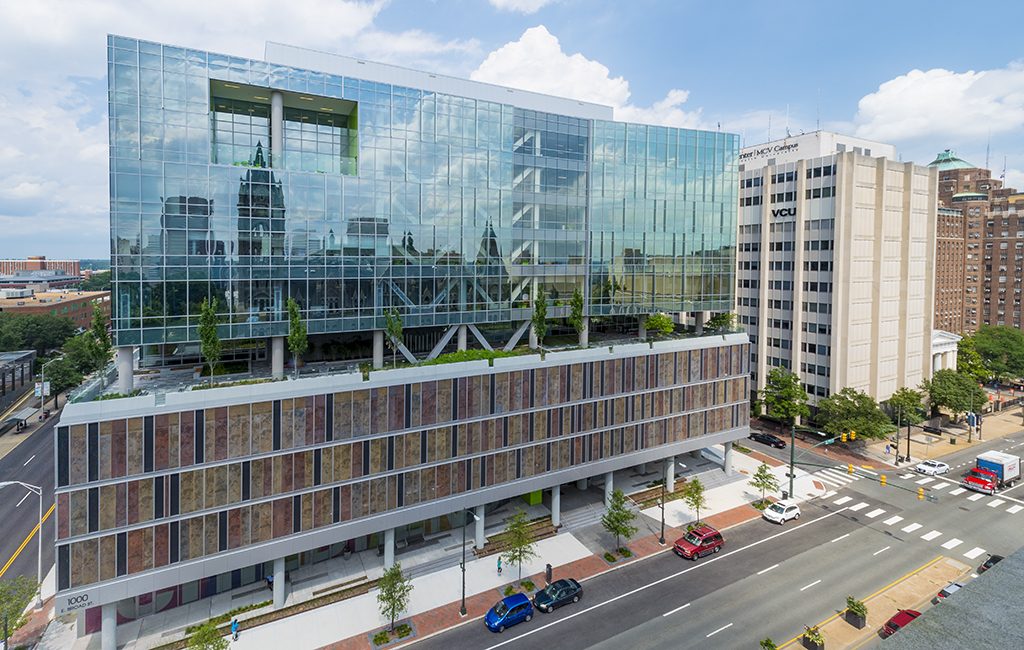 A nonprofit foundation founded by a Washington Redskins linebacker is expanding into Richmond – and it has a pair of Richmond business leaders on its side.

Ryan Kerrigan, a member of the Redskins since 2011, plans to bring an outpost of his Kerrigan’s Korner to the Children’s Hospital at VCU in downtown Richmond.

The effort, part of Kerrigan’s Blitz for the Better Foundation initiative, was confirmed by David Struminger, a board member of the foundation, and president and COO of Richmond-based Virginia Linen Service Inc.

Kerrigan’s Korner is an area set up in hospitals to provide young patients undergoing treatment and dialysis, along with their family members, access to electronics, toys and games – such as Xboxes and iPads – during long hospital stays.

The Korners are usually tucked away in small, yet highly visible areas of hospitals, so children undergoing long treatment can access various activities in the station.

The amenity would be located in the Children’s Pavilion, a newly built 15-story, $200 million facility at 1000 E. Broad St. – the area’s primary pediatric outpatient facility.

Suzanne Britt, director of the Children’s Pavilion said in an email the new Kerrigan’s Korner is a great addition to the facility.

“As a children’s hospital, it’s important for us to care for the whole child, not just their illness or injury. Kid-friendly touches like this help us make the health care experience more fun and less scary for our families.” 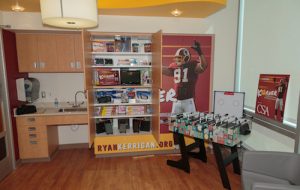 Kerrigan’s Korner is stocked with electronics, toys and games to help pass the time of children and the families receiving long treatments for their illnesses. (Courtesy Ryan Kerrigan Foundation)

Pending approval from the foundation’s board, Struminger, with the help of fellow Richmond board member and Schell Brothers Division President Shane Burnette, also hopes to add a second Kerrigan’s Korner in the Children’s Pavilion.

“We already have the green light to do the first [Kerrigan’s Korner] about six weeks ago,” Struminger said. “We’re still looking at locations in the hospital that can be accessible to as many children as possible.”

Stocking Kerrigan’s Korner with electronics and games at the Children’s Pavilion costs $12,000 to $15,000, Struminger said, from money that would be raised by the foundation.

The foundation opened its first Kerrigan’s Korner in June 2015 in the in-patient wings of Children’s National Medical Center in Washington, D.C. By May 2016, there were three Kerrigan’s Korners at children medical units across the D.C. metro, with two more slated to open in the coming months.

For starters, Richmond is Redskins Country – playing host to its summer training camp and its proximity to the nation’s capital.

“It just made since to bring this type of service to the area,” Struminger said. “The Redskins already have a presence in the area, and Kerrigan’s Korner would be a great addition to the hospital.”

Amy Godkin, executive director of Richmond-based ASK Childhood Cancer Foundation, said adding Kerrigan’s Korners to the Children’s Pavilion will be a welcomed amenity for the patients and their families.

ASK, which provides help and mutual support to families dealing with difficult diagnosis of their children, is usually tasked with keeping kids occupied while undergoing treatment at the Children’s Pavilion.

“These are not easy treatments,” Godkin said. “They can last anywhere from three to six hours a day…that’s a long time.”

While the nonprofit provides a full-time therapist who leads art projects and other activities during treatment sessions for many to the young patients, more is needed to help keep the children, many who are dealing with serious illnesses like cancer, occupied.

“It reduces anxiety and stress of having to undergo these types of long treatments,” Godkin said. “So we’re very happy to be partnering with an organization like the Ryan Kerrigan Foundation to bring Kerrigan’s Korner to the hospital.”

And with Kerrigan’s Korner set to launch at the Children’s Pavilion, other children medical units could also benefit from the expansion.

“Of course we want to expand this program to other facilities in the region,” Struminger said. “Obviously, we want to launch at [the Children’s Pavilion] first since that the most prominent children’s facility in our region, but the idea is to grow to other locations.”