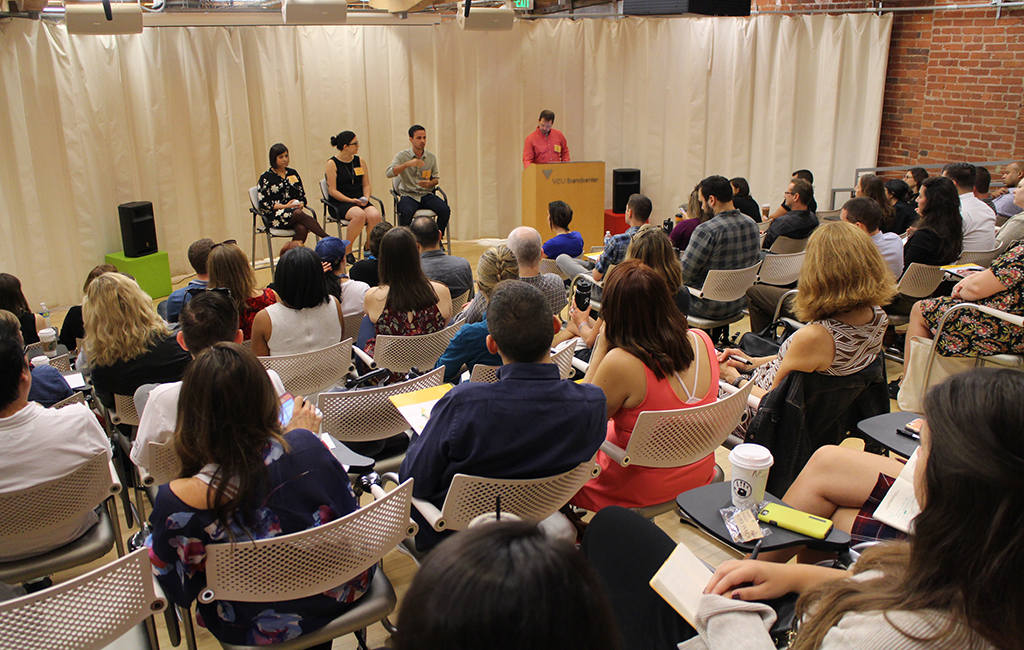 Events marking the 20th anniversary of the VCU Brandcenter continued last week, when alumni from nearly all of its graduating classes descended on the school for a three-day-long summit.

Intended to become an annual event, the inaugural alumni summit brought graduates and students together to provide professional development and networking opportunities. Alums with companies such as Facebook, Google and Walt Disney Imagineering took part in several panel discussions and presentations.

Participants included a number of alums who remain in Richmond, such as Jordan Childs (Class of ‘09) of growler and barware-focused Shine Craft Vessel Co.; Geoff Castillo (’15) of beer and spirits home-delivery service Klink; and Rachel Everett and Brian Gibson (both ’01) of local creative studio Evergib.

A total of 60 alums from as far as San Francisco, Colorado and Miami took part in the summit, representing all but two of the Brandcenter’s graduating classes since 1998. The school opened its doors in 1996.