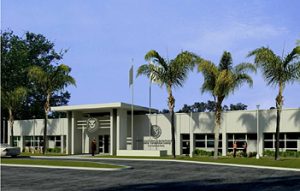 For years, Rob Kaplan has worked to make himself a go-to attorney for companies looking to go public and raise capital through a newly enacted process called Regulation A+, even writing a book on the subject.

Now he says it’s his turn to practice what he preaches.

Kaplan, a founder and managing partner of Richmond law firm Kaplan Voekler Cunningham & Frank, is helping guide his own side business, a real estate company in Sarasota, Florida, toward a $30 million Reg A+ capital raise that will make it a publicly traded REIT.

The company, HC Government Realty Trust, has a niche in buying buildings that are fully leased by federal government agencies. It narrows that niche further by targeting buildings of 5,000-50,000 rentable square feet in smaller markets around the country.

Upon the conclusion of its offering, the company will own 10 properties totaling 155,000 square feet in Florida, Arkansas, Kansas, Colorado, Tennessee and Oklahoma. Each property is 100 percent leased by various federal agencies, such as the DEA, FBI, Social Security Administration, U.S. Customs and Border Protection, Bureau of Land Management and Department of Transportation.

Kaplan, who serves as president of the REIT, said the company hopes investors will see an opportunity to own their stake of a portfolio of assets that drives $4.7 million in annual rent and is valued around $50 million.

“This is a side business I’ve had for several years now and we were looking to find a channel to propel our growth forward,” said Kaplan. “We saw the potential for a retail investment play for the normal on-the-street investor.

The Reg A+ process, dubbed a mini-IPO or IPO-lite, was created through the JOBS Act in 2012 and finalized by the SEC last year. It’s designed to make it easier, cheaper and faster for smaller companies to raise capital through stock offerings up to $50 million, and allows average investors to buy in.

Previously, most equity offerings from smaller companies were limited to accredited investors and capped at lower dollar amounts. The new rules also lift restrictions on advertising an offering – opening up new avenues to reach investors. 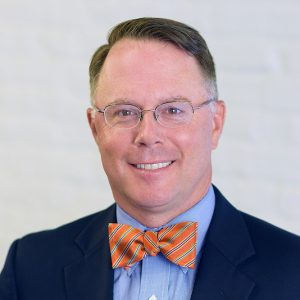 Kaplan has built a niche in his law practice by helping companies around the country with the process, including locally based real estate management firm Allegiancy.

HC Government Realty Trust was given the green light last week by the SEC to begin marketing its offering to investors. It will use several channels to that end, including a network of broker dealers to peddle 3 million shares at $10 per share. It set a $3 million minimum to complete the offering, and a maximum of $30 million.

The minimum purchase requirement is 150 shares, or $1,500. If and when the offering is completed, the company will look to list shares on the OTCQX, a so-called “over-the-counter” stock exchange.

The REIT will use the proceeds of the IPO to grow its portfolio with an eye toward listing on a more traditional exchange.

Kaplan and his partners’ effort launched in 2011 as privately held Holmwood Capital, and has since acquired seven government-occupied buildings. Those properties will be transferred into HC Government Realty Trust, which acquired its first three properties upon launch this year.

Kaplan and his group, which includes his father Bob Kaplan, were attracted to the inherent stability they see in renting a building to Uncle Sam.

“The government is on the hook to pay the term of that lease regardless of occupancy,” Kaplan said.

The company doesn’t develop properties. It instead searches for acquisitions of existing buildings or those in the process of being developed.

“We know what we are: we’re real estate guys and financiers and lawyers. We’re not contractors,” Kaplan said.

He said he didn’t set out to start the real estate company with the intention of taking it public through the Reg A+ process and leveraging his knowledge in that field.

“The two were not interlinked at the time, but in the last few years as we were trying to build a market it became front of my mind,” he said.

He added that going through the Reg A+ process as the owner of a company has given him a view from a different angle.

“I pride myself on being intimately involved in the process with my clients, but it’s still been a bit educational for me in getting a different perspective on this side of the table.”