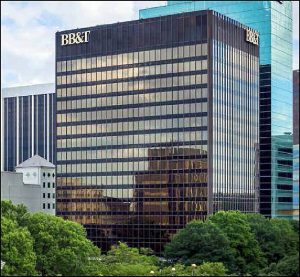 For a precursor to Richmond-based Riverstone Properties’ newest investment prototype, look no further than downtown Norfolk.

Riverstone Principals Jeff Galanti and Chris Corrada said the deal, which closed Oct. 25, is the first within the company’s strategy of looking for underperforming office buildings in markets where it sees plenty of upside.

“This deal fit perfectly for us,” Galanti said. “These 30-year-old and older buildings are prime for redevelopment and reinvestment in a number of markets, including Richmond. Now is the time to take the opportunity to buy some of these assets.”

The Norfolk transaction is a different type of asset than what Riverstone is typically known for.

Its other holdings include high-end hospitality assets such as The Jefferson hotel in Richmond and Kiawah Island Golf Resort in South Carolina. It also owns 60 percent of the West Creek Business Park in Goochland County, and is the master developer of CenterPointe, a 700-acre mixed-use development along Route 288 northwest of Powhite Parkway.

The 230,000-square-foot Norfolk office tower is about 60 percent leased with 32 tenants that include the Hampton Roads Chamber of Commerce, as well as law firm Hunton & Williams and regional insurer Brown & Brown – which both have offices in metro Richmond.

But Galanti and Corrada weren’t fazed by the building’s occupancy rate as much as they were drawn to its potential income.

“There is a lot of activity occurring in Norfolk that makes this a strategic investment for us,” Corrada said.

For starters, the building is located blocks from a massive redevelopment project along the banks of the Elizabeth River called Waterside Live – a $30 million entertainment complex that’s set to be complete with breweries, retail and restaurants, and create about 1,000 jobs in the downtown area. 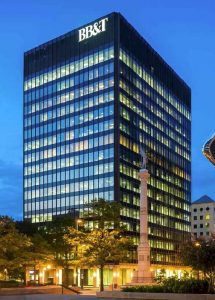 The 230,000-square-foot Norfolk office tower is about 60 percent leased with 32 tenants.

The building is also located across the street from the Bank of America building, which is seeing some of its office tenants vacate as much of the building is slated to be converted into apartments.

“Those tenants are going to be looking for office space,” Galanti said. “This acquisition is ideal because now we’ve got the space to house them.”

Then there’s the prospect of nearly 2,000 workers flooding into downtown Norfolk after state and city officials announced this spring that Roseland, New Jersey-based human resources data giant American Data Processing, or ADP, plans to set up shop a few blocks away from Riverstone’s newest investment.

“That announcement was huge,” Galanti said. “You’re going to have more people walking the street, and support firms that are going to be looking space so they can be close to ADP’s offices down there.”

The firm will look to update many of the building’s common areas, and is looking to fill its ground level with a restaurant, including with potential tenants from Richmond.

“It’s simply easier to upgrade office space than build it,” Corrada said. “Given the price we paid for that building, we can develop a plan that will let us come into the market, upgrade the building into quality office space without spending hundreds of dollars a square foot on new construction.”

With the Norfolk office deal complete, Riverstone is now looking to find similar investments in Richmond. And while Galanti and Corrada remained mum on any local deals in the works, there’s at least one listing in Richmond that might fit their criteria.

The James Center complex at 901, 1021 and 1051 E. Cary St. is under contract to be purchased by a yet unidentified suitor. If and when that deal closes, the buyer would have nearly 1 million square feet of space to work with, about a third of which is vacant.

Riverstone would not comment on whether it has placed the complex under contract.