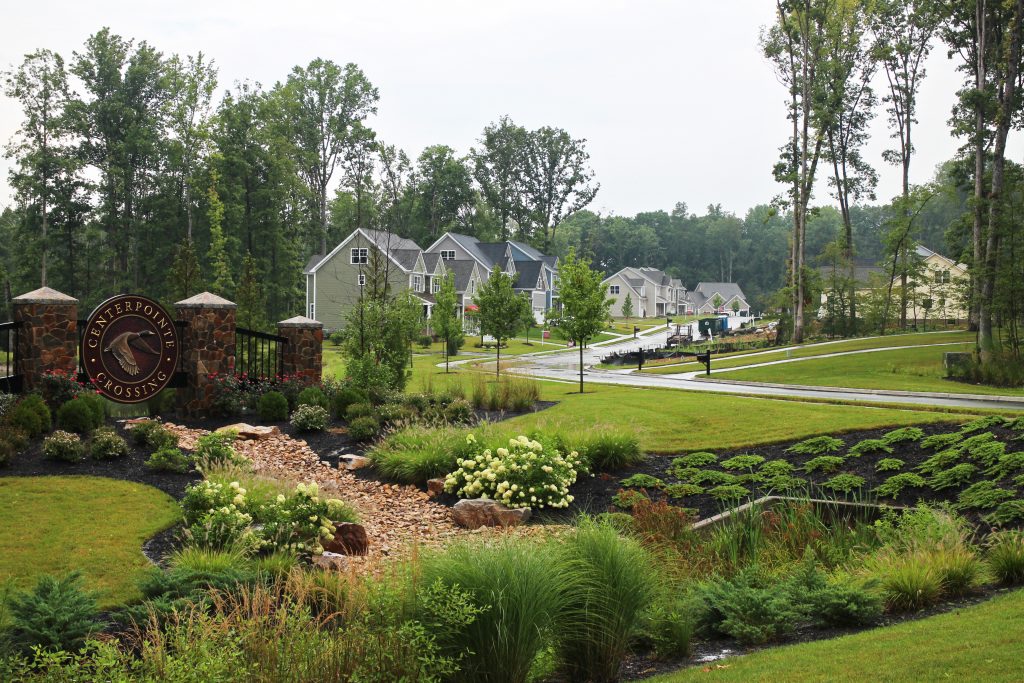 The company behind a massive mixed-use development that in three years has added more than 700 homes in Midlothian has doubled its land holdings in western Chesterfield County.

The land, located north of Old Hundred Road and south of the 288-Woolridge Road interchange, follows a purchase of 303 acres the company closed on in late June. Both deals were a result of the foreclosure of Roseland Village, part of the Sowers family’s long-stalled Roseland development.

At 616 acres, the recent acquisitions nearly double Riverstone’s land holdings in Midlothian, home to similar-scale developments such as the Sowers’ Hallsley and RounTrey communities, both located to the west. 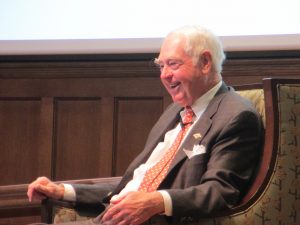 Bill Goodwin at a University of Richmond C-Suite Conversation event in March.

Both tracts of land were purchased from TowneBank, which absorbed Franklin Federal Savings Bank earlier this year. Franklin Federal had been the lender on both properties and foreclosed on them in 2014.

Riverstone principals Chris Corrada and Jeff Galanti declined to disclose the purchase price, which was not yet available on county property records. The three parcels were most recently assessed by Chesterfield County at a collective value of $13.5 million.

The 303 acres acquired in June, including tracts at 16300 and 16410 Scottwood Road, were purchased for $3 million, according to county records.

While CenterPointe is approved for more than 1,600 homes, Corrada said the Roseland Village property is zoned for as many as 5,000 units.

“But we don’t think that’s appropriate,” he said. “It’s too many, so it needs to be worked on.”

Corrada and Galanti said the land would likely be rezoned, though they said there are no immediate plans for the property.

As for CenterPointe, development continues on multiple sections that are just part of what’s envisioned to be a massive commercial and retail center – what Corrada said county officials refer to as “downtown Chesterfield” – ultimately culminating with a shopping mall planned at the northwest quadrant of 288 and the Powhite. 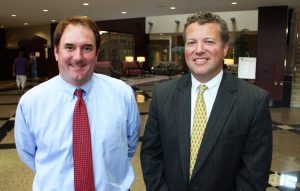 Plans are also in place for a grocery-anchored shopping center just north of that site, on the other side of Lucks Lane, and low-density office and medical building sites.

Corrada and Galanti put Riverstone’s overall investment in CenterPointe at more than $100 million.

Where other planned communities have had to factor in Chesterfield’s required cash proffers – payments of about $18,000 per unit that are used to offset impacts to public infrastructure, such as roads and schools – CenterPointe was zoned years ago, before proffers were introduced. The land for the project was purchased in 1992.

That has allowed Riverstone to include apartments in CenterPointe, which is approved for a total of 910 multifamily units as well as 729 single-family homes.

If proffers had been involved, those apartments would not have been economical, Galanti said.

“With cash proffers, they could not be built. The land value would be zero,” he said. 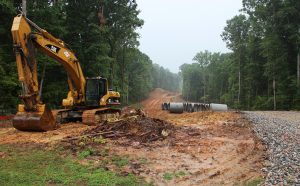 While Goodwin purchased the land for CenterPointe 23 years ago, Corrada and Galanti said development did not get going until 20 years later – spurred in part by the construction of St. Francis Medical Center.

Riverstone sold that land – about 28 acres – to Bon Secours in 2003. The company also donated a 20-acre site for Tomahawk Creek Middle School in 2005.

Galanti said CenterPointe was initially envisioned to be an Innsbrook for Chesterfield. “But that didn’t happen,” he said.

“It was sort of like Roseland in that it was way ahead of its time; it just wasn’t ready. Like Roseland, it was too big, too ambitious,” he said. “Luckily, we were able to wait it out.”

Without pressure from lenders and with Goodwin’s cash available, Riverstone waited until market conditions were right, in the process avoiding the economic downturn that stalled the housing market over the past several years. In 2012, Corrada said, the timing was right for development to go forward.

Along with that development, Riverstone has added or widened local roads, including CenterPointe Parkway, part of Charter Colony Parkway and an extension of Brandermill Parkway that is expected to open before year’s end.

“It’s just going to relieve, reroute a lot of traffic,” Corrada said of the Brandermill extension.

Corrada acknowledged some pushback from residents concerned about pressure on infrastructure and local schools in particular caused by CenterPointe. He noted that each section of the development has come with improvements to roads in accordance with the county’s transportation plan. As for schools and other infrastructure, Corrada said CenterPointe was zoned years ago, adding that the county has been planning for it since.

“I understand that people living somewhere think growth is bad, change is bad. But the tax base is what pays for your services,” Corrada said. “Since 2012, we’ve added 732 units.”

Galanti said that translates to over $100 million in taxable value being added to the county.

Great, lets just make this area another Innsbrook/ Short Pump. I grew up out there and moved to Chesterfield to avoid the congestion. I am all for growth, but taking advantage of the proffers to build even more is ridiculous.

Can’t wait for the additional traffic, because we all know how long VDOT takes to adjust to the changes.

Isnt moving to Chesterfield to avoid congestion like moving to Newark to avoid NYC crime?

Not at all the Hull Street area is still more reasonable/ manageable than Short Pump, traffic wise.

Short Pump is now over developed, as will the Brandermill/ Hull Street corridor up through Woodlake.

At least Midlothian is somewhat more manageable than Short Pump, but before too long it will be mirror images of each other.

Why do you think some many people are moving out towards Powhatan and Goochland?