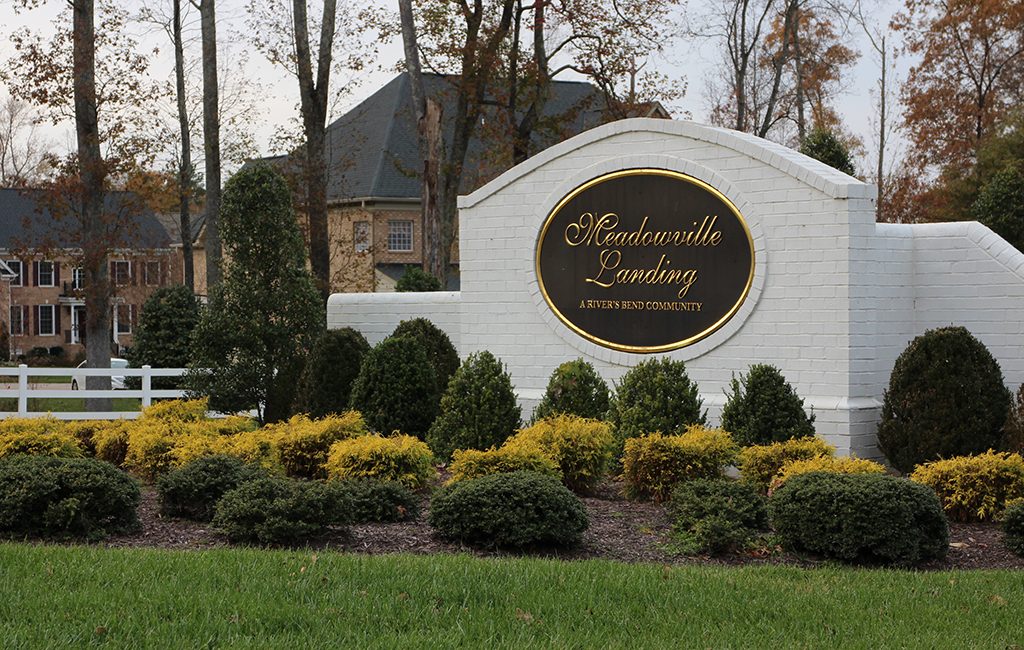 A Chester-based developer is looking to expand its cluster of residential communities near the southern end of the Varina-Enon Bridge.

The Emerson Companies, led by George Emerson, is seeking a rezoning for nearly 70 acres between its Meadowville Landing and Mount Blanco communities in eastern Chesterfield County, along the southern bank of the James River just east of Emerson’s River’s Bend community.

A request to rezone the land – southeast of the intersection of Meadowville and North Enon Church roads – went before the county planning commission earlier this month but was deferred to its next meeting Dec. 20. The request would change the zoning from agricultural to residential use, allowing for about 100 single-family homes.

Kerry Hutcherson, an attorney at Rudy Coyner Attorneys at Law who is representing Emerson in the case, said the new development would be an extension of Meadowville Landing, with single-family detached homes similar in architectural style and a 16-unit townhome component.

Hutcherson said specifics such as home sizes and pricing have yet to be determined for the land, which consists of four parcels at 11801, 11821 and 11901 N. Enon Church Road and 1701 Meadowville Road. He said home sizes may vary from those built in Meadowville Landing but that the new section would essentially extend that community. 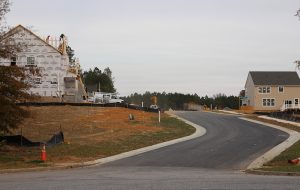 “It’s intended to be a residential development that is working in conjunction with what’s already developed there,” Hutcherson said. “This is really just filling in the next piece of what’s been started.”

Houses in its Estates section, featuring 1-acre lots and anchored by a clubhouse and aquatic center closer to the riverfront, range from 3,100 to 5,000 square feet and up and start in the low $400,000s.

HHHunt is currently building in the adjacent Villages section, which will consist of homes ranging from 2,000 to 4,000 square feet and up and starting in the low $300,000s. Floorplans will vary from three to six bedrooms and 2½ to four bathrooms.

The land to be rezoned is in between the Villages and Mount Blanco. Three of the four parcels that make up the 70 acres were purchased in December 2012 in a multi-parcel sale totaling $830,000, according to Chesterfield property records. Emerson acquired the fourth – 11901 N. Enon Church Road – in December 2014. No sale price was listed for that property, which the county most recently assessed at $95,700.

Hutcherson said the rezoning request was among several deferred at last month’s commission meeting. He said those deferrals had to do with recent changes to Chesterfield’s cash proffer policy, which was revised in September to effectively halve the maximum proffer amount that developers pay per dwelling unit to offset impacts to public infrastructure.

“We’re working on trying to come up with the best proffered conditions that we can to address impacts,” Hutcherson said. “We’re not the only developer that’s in a position of trying to work with the county under this new policy and figure out how things are going to go.

“It’s a new process right now, so we’re working through that,” he said.

Emerson’s other developments in Chesterfield include the nearby River’s Bend on the James, anchored by the dormant River’s Bend Golf Club that was recently purchased by a Charlottesville developer. It is also developing Lake Margaret, a 55-and-up section of The Highlands, an Emerson community south of Pocahontas State Park.