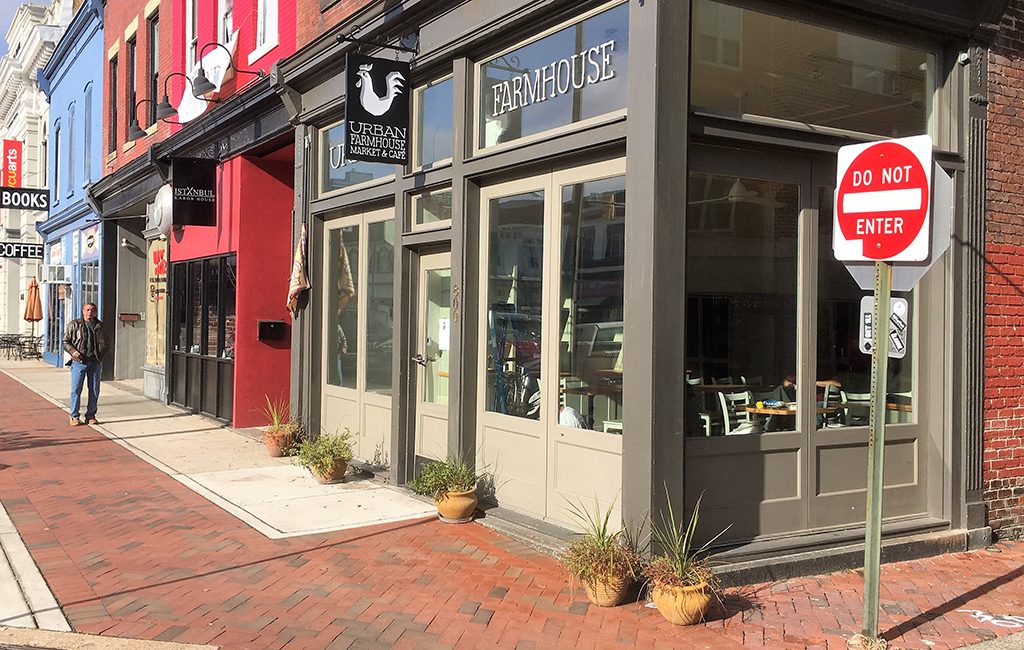 A once-fast-growing Richmond-based coffeehouse is closing yet another location.

Urban Farmhouse Market & Café has closed its VCU location at 800 W. Broad St., founder Kathleen Richardson confirmed on Monday. The store, which had been open for a little over a year, is the third location the company has closed in 2016.

A sign posted on the door of the shuttered VCU location instructs customers to visit the company’s pending outpost at the Linden Row Inn at 100 E. Franklin St., which is set to open in January.

In an email, Richardson said she hopes to return to the VCU area, but said at this point Urban Farmhouse has not determined a course of action with its landlord, the VCU Real Estate Foundation.

The VCU Real Estate Foundation could not be reached for comment.

A small crew of workers Monday afternoon was removing items and décor from the front of the 1,500-square-foot building Urban Farmhouse had occupied since October 2015. 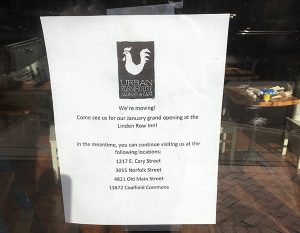 A sign on the door instructs customers to visit the company’s pending outpost at the Linden Row Inn. (J. Elias O’Neal)

With the company’s latest closure, Richardson said it can focus on stronger-performing cafes. She added the company remains committed to adding OrderUp Delivery to all its cafes and expanding the firm’s Catering via Farmhouse Functions.

“We have assessed all of our cafes and determined to focus on those cafes that are our strongest performers,” Richardson said in an email.

In early November, Urban Farmhouse closed its Manchester location at 1200 Semmes Ave. That was followed by the closure of its Church Hill location earlier this year, after two years of business.

Richardson said most of the workers who were employed at the café have accepted positions at other Urban Farmhouse locations.

This place was too darn expensive for sandwiches with surly waitstaff.

Sadly the Rocketts Landing location never looks busy. On my one visit I also thought the staff was less than friendly.I have heard the same comment about over-priced sandwiches that are light on ingredients.

The menu looks great, but the food rarely arrives as described. And is never the same on any given visit. Scott’s Addition location looks/feels great, but you guys will not be able to sustain with a $15-$20 lunch that takes too long and is not prepared well. I have had soup twice that was spiced so wrong I did not even know how to offer any constructive criticism. I just hope you get some real chefs and trained food preparers. Otherwise, you will just sell coffee to people who sit around on the WiFi….

Funny you mention the food arriving not as described. I went to the now closed Semmes Ave location and ordered a bagel breakfast meal. No where on the menu board or the menu did it state it had onions. Got back to my office and it was smothered in onions. I hate onions.

Cool décor does not make up for over priced bland food.