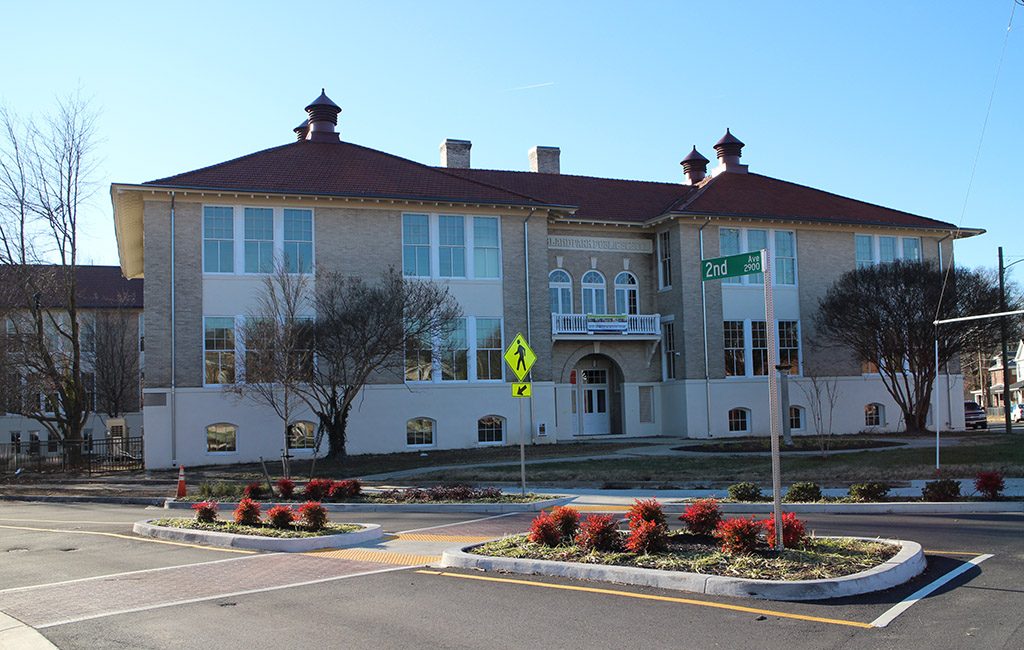 The transformation of a Northside neighborhood anchor is nearly complete, as the renovated Highland Park Public School building welcomes its first residents this week with low-income apartments for seniors.

Firms behind the new Highland Park Senior Apartments at 1221 E. Brookland Park Blvd. provided a look last week inside the restored century-old building. It now houses 77 one-bedroom apartments that will be used to relocate residents from the Richmond Redevelopment and Housing Authority’s Frederick A. Fay Towers near Gilpin Court. 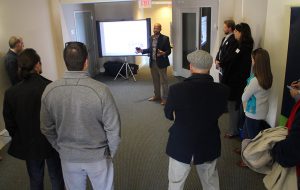 The $11.4 million project is the first of three planned to move a total of 200 residents from the towers, which are being eyed for redevelopment. It’s also the first project in Richmond for Washington, D.C.-based developer Community Preservation and Development Corp. (CPDC), which is working with the RRHA on the projects.

The other two projects are Jackson Place, a 75-unit mixed-use and senior housing development planned along Second Street in Jackson Ward, and a redevelopment of the Baker School at 100 W. Baker St. into 48 apartments for seniors. CPDC closed on those properties in 2013 and is aiming to bring them to market in 2019.

Christopher Everett, real estate development officer with CPDC, said the Highland Park apartments are planned to be finished by the end of January. Workers on Thursday were putting finishing touches on the units, which average 600 square feet and feature ADA-compliant bathrooms and the school’s distinctive oversized windows, as well as common spaces such as the school auditorium, which has been converted into a community room.

Thursday’s tour was coordinated by local nonprofit Viridiant, formerly EarthCraft Virginia, which worked with the developer to achieve certifications for eco-friendly construction and other green building techniques. 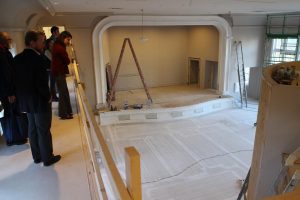 The old auditorium is being converted into a community space. (Jonathan Spiers)

Funding for the project came from a variety of sources, including the Low Income Investment Fund, a bridge loan from Community Housing Inc., a $900,000 commitment from the City of Richmond, and a $3 million loan from Capital One. The project also involved low-income housing tax credits and state and federal historic credits.

CPDC, which owns low- and moderate-income housing communities, mostly around the D.C./Maryland region, purchased the foreclosed 107-year-old school property in late 2013 for $600,000. It also purchased a church and adjacent house across Brookland Park Boulevard that are planned for a mixed-use development.

Work on the school renovation kicked off a year ago, coinciding with the city-funded construction of a roundabout in front of the building, where Brookland Park Boulevard, Meadowbridge Road, and Second and Dill avenues converge to create the six-armed intersection that inspired the name of the area – Six Points.

The architect on the project was Maryland-based Grimm and Parker, which has an office in Charlottesville. Locally based KBS was the general contractor, and the project also involved North Carolina-based MacRostie Historic Advisors and D.C. law firm Klein Hornig, which served as legal advisor.

LIHTC development for senior housing is much bigger across the nation than it is in Virginia. Much more of it is going to be needed as the boomers age. Not all boomers are wealthy! These are three terrific programs repurposing former schools and it’s not an inexpensive conversion nor a convenient maintenance issue going forward. Most schools were not designed with residential use in mind. The spaces are large and awkward and the corridors far too wide and high. I hope these spaces work for the senior housing uses.

Couldn’t be happier with how this turned out. It’s a gorgeous keystone to the 6 points corridor.