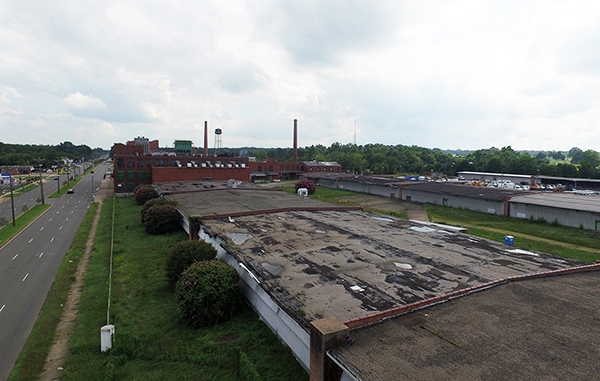 The first phase of the reinvention of a former Southside tobacco warehouse is set to begin.

Richmond developer Tom Wilkinson said construction will kick off this month on his rehab of the 11-acre, 150,000-square-foot American Tobacco Company building at 800 Jefferson Davis Highway.

The $30 million project calls for a mix of 134 apartments and artists flats.

Wilkinson said the CAHEC funds will be used to gut the interior and remove asbestos from the property.

“Almost everything, except the maple hardwood floors, is going to be removed,” Wilkinson said. “That’s the first step to all of this.”

The project also received $17 million in revenue bond financing through the Richmond Redevelopment and Housing Authority, and will qualify for $16 million in historic tax credits. 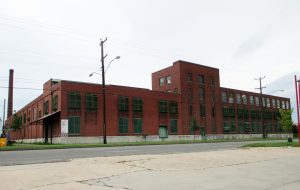 The building dates back to the mid-1920s. (Jonathan Spiers)

The American Tobacco Company dates back to the mid-1920s. During the height of Richmond’s tobacco manufacturing boom, the facility doubled as a warehouse and research and development lab.

Once the interior is mitigated, Wilkinson said work will begin on the 66 one-bedroom units, which the team hopes to complete by December. The remaining 67 two-bedroom units and a three-bedroom unit are set to be ready for residents by June 2018.

Richmond-based Walter Parks Architects has been tapped to design the apartment space, Wilkinson said, while Richmond-based KBS Inc. will serve as the general contractor. He said his firm is in talks with a property management firm to oversee day-to-day operations.

Rents for a one-bedroom unit are set at $815 a month, which includes utilities, internet and cable, Wilkinson said. A two-bedroom unit is set to cost about $980 a month.

The artist spaces would be completed in a second phase that Wilkinson estimated would cost $6 million. It would be financed separately from the rest of the project.

The workspaces will be leased by One South Realty.

Developers have not attached an official name to the project, Wilkinson said. His team is willing to award $500 to anyone that comes up with a creative name for the building.

Wilkinson also looks to secure a tenant for a 15,000-square-foot building his company owns near Kern and Thurman streets for a possible brewery or restaurant tenant – although he said that would become a priority after the apartments and flats are constructed.

Wilkinson said the Jefferson Davis Highway corridor is ready for more redevelopment–riding a wave of investment in a number of neighborhoods on the Southside.

“Ten years from now we will look like geniuses,” he said. “This area is the next Scott’s Addition…there’s not another area in the city where you can find great deals to buy low, invest and sell high.”

How can a one bedroom apartment rented at $815 a month be considered affordable housing when minimum wage is $7.25 an hour? That’s almost 3/4 of a person’s income. If Tom Wilkinson is such a genius, perhaps he can enlighten all the students graduating with over $40,000 of college debt with lib art degrees where they can find the jobs to afford these “affordable” apartments in his taxpayer funded project. It is sickening that the government throws wads of cash at land barons so they can develop fiefdoms of free range slaves who are mired in debt they will never… Read more »

I think they are misjudging the market with this 1BR price point. I suppose a couple could split the rent, but for this location $815 a month seems way too high for 1 person to pay. $800-$850 for a 1BR does seem to be pretty standard for a lot of these planned developments, but I am really having trouble imagining them attracting tenants. As for looking like geniuses in 10 years, that remains to be seen. I don’t know the ins and outs of developments like the Parachute Factory and others, but people have been hyping up the Manchester area… Read more »