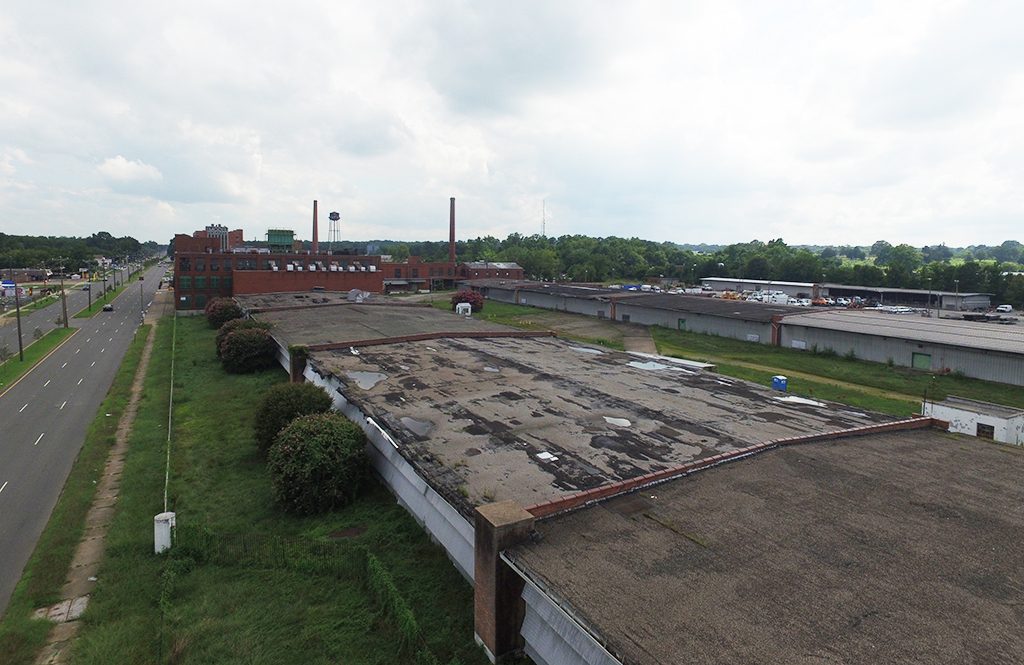 Old tobacco sheds on the American Tobacco property would be converted into artisan workspaces. (Kieran McQuilkin)

Two new developments about a mile apart from each other are slated to bring a combined $80 million worth of investment and upwards of 400 more apartments to Manchester.

The 278-unit Muse Apartments complex is planned for a 2.6-acre property at 1400, 1412 and 1414 Semmes Ave., just east of the road’s intersection with Cowardin Avenue. Indianapolis-based Herman & Kittle Properties is looking to develop the nearly $50 million project on the site of the former Muse Buick dealership.

About a mile south, preparations are continuing for Richmond developer Tom Wilkinson’s plan to fill the former American Tobacco building at 800 Jefferson Davis Highway with 133 income-based apartments. Called American Tobacco Lofts, the project would involve the conversion of old tobacco sheds on the 11-acre site into artisan workspaces. 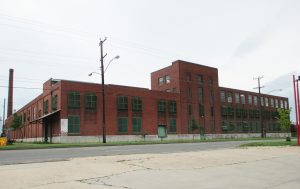 Both projects will involve units for lower income residents and are seeking revenue bond financing through the Richmond Redevelopment and Housing Authority. Wilkinson’s request for $17 million in financing for the American Tobacco project was heard last month, while Herman & Kittle’s request – more than double that at $36.29 million – is scheduled for a public hearing this Thursday at 11:30 a.m. at the RRHA offices.

A project overview for Muse Apartments describes it as a “new construction, affordable multifamily community located in the rapidly gentrifying Manchester neighborhood.” It would consist of 100 one-bedroom apartments, 130 two-bedrooms and 48 three-bedrooms, with 80 percent of the units rented to residents with incomes below 60 percent of the median area income. The remaining 20 percent would be market rate.

CJMW Architecture is signed on to design the project, and locally based Timmons Group would be the civil engineer. In addition to development, Herman & Kittle would be the contractor and property manager.

Amenities would include one-level underground parking, a swimming pool, community areas, on-site management and a rooftop deck with views of the river and downtown. The project would also be EarthCraft-certified, meeting particular energy efficiency standards.

The project, which Herman & Kittle estimates at $49.6 million, would be financed with the $36.29 million in tax-exempt bonds, a 4 percent low-income housing tax credit equity and a deferred developer fee, according to RRHA documents. 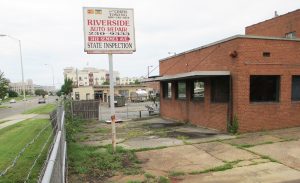 The Muse Apartments site is a block away from 1200 Semmes, a newer apartment development visible in the background. (Jonathan Spiers)

The Muse would be the first project in Richmond for Herman & Kittle, which has developed and manages apartments and self-storage facilities in 15 states in the South and Midwest. Its portfolio consists of more than 13,000 apartments and 6,000 self-storage units, according to its website.

Todd Muse, whose family has owned the Semmes Avenue property for more than 60 years, said the family had been seeking to sell the land for years, after a 2010 rezoning limited the types of business use allowable on the property. Previously the site of the family’s Muse Buick dealership, its remaining buildings and bays had more recently been leased by construction operators such as Dominion Equipment and Supply.

Muse described the property as the largest tract available in Manchester not owned by developer Robin Miller, whose many projects in the area include the Terraces at Manchester.

Miller, through his Urban Development Associates LLC with business partner Dan Gecker, owns a 6-acre tract across Semmes from the Muse site that hit the market last year for $8 million.

Muse said his family connected with Herman & Kittle through commercial real estate firm JLL. He said the site, most recently assessed by the city at $2.3 million, was originally listed by local firm Commonwealth Commercial, but he said they switched to JLL after two years without a serious buyer.

The property was co-listed by JLL’s Jake Servinsky and Jimmy Appich, who Muse said brokered the deal with Herman & Kittle within four or five months.

Muse said the property will total 2.75 acres once an adjoining home lot at the corner of McDonough and 14th streets is purchased. That will make the property an entire city block, which Muse said would then be sold to Herman & Kittle.

Acknowledging the increasing number of apartment developments filling Manchester, Muse said he would have liked to see commercial development on the site but said his family “went with the market.”

“The market’s not there for it. It’s just not,” Muse said. “(The property) was on the market for three years, and no one with any commercial came forward at all.

“I know the guys at JLL were looking at both residential as well as commercial, and no one’s making the investment in the area right now – yet.”

If approved by RRHA and city council, Herman & Kittle plans to start construction next March and fully lease the building by September 2018.

A similar process is playing out for the American Tobacco Lofts, which received no comments of support or opposition when the RRHA held its hearing last month. City council approved the bond issuance at its July 25 meeting, and RRHA is now applying for the bond allocation from the Virginia Department of Housing and Community Development, which would issue the allocation once the application is reviewed.

The $29 million project would fill the 150,000-square-foot brick American Tobacco building with 133 affordable housing apartments, with monthly rents ranging from $715 for a one-bedroom loft to $995 for a three-bedroom unit. A second phase of the project would convert former tobacco sheds totaling 140,000 square feet into what Wilkinson described as artisan workspaces.

Wilkinson, previously of Franklin Development Group, is developing the project through Maramjen Investments. He has previously developed such projects as the Hopper Lofts in Manchester and the Perry Street Lofts and other apartments in Petersburg.

Wilkinson said the American Tobacco project has been about a decade in the making. With support from city council and councilwoman Reva Trammell, whose district includes the Jefferson Davis corridor, Wilkinson said he has worked out an agreement with property owner Charles Keck, who also owns the nearby Model Tobacco building.

Wilkinson said he is trying to take title to the American Tobacco property this month and is aiming to start construction in October or November.

“It’s taken years, but I think we’re finally pretty close to being able to cross that goal line,” Wilkinson said.

Wilkinson said it would take 12 months for the first units to be completed and six more months to complete the rest. RRHA documents state the first 66 units would be completed by the end of 2017 and the rest by summer 2018.

Walter Parks Architects is designing the project, and Wilkinson said he is negotiating with a general contractor. The apartments would be managed by the Better Housing Coalition.

The workspaces, which would fill the 140,000 square feet of tobacco sheds, would be completed in a second phase that Wilkinson said would start in the first quarter of next year. He said that phase, estimated to cost $6 million, would be financed separately from the rest of the project.

The workspaces would be leased by One South Realty. Wilkinson said One South agent Ann Schweitzer is working on lining up a full slate of users for the spaces. Schweitzer said no leases have been signed at this point, but a project summary provided by RRHA includes a list of possible users. Uses mentioned include art studios, a brewery, coffee shop, casual restaurant, small grocer and tech incubator.

While he waits for the bond financing from the state, Wilkinson said he has secured a commitment from BB&T Capital Markets to provide funds for those bonds, as well as equity commitments from CAHEC – a Raleigh, North Carolina-based nonprofit regional equity syndicator, which he said is providing about $12 million – and local investor firm Preservation Advisors, which he said is putting up between $4 million and $5 million for state historic tax credits.

Between the state historic tax credits, affordable housing credits and debt financing, Wilkinson said he’s lined up $33 million in financing for the $29 million project. He said the remainder would be used to help pay down the debt,  bringing the debt down to around $10 million by the time the building is built and fully leased.

At that point, Wilkinson said: “Rents minus expenses will be more than efficient to cover that $10 million debt.”

As for the Model Tobacco building just south of the property, Wilkinson said he is eyeing the art deco-style building for a similar affordable housing project, contending that market rate apartments wouldn’t work in that area.

Jonathan,
Thank you for such a complete article.
Do you have any update in regards to Model Tobacco?
I saw the building on LoopNet a few weeks ago, but haven’t found it again since.
Thank you.

No update as of yet, Max. We’re watching.