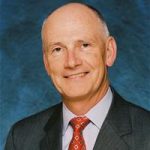 Seizing the chance to add a veteran of the public sector to its ranks, a Richmond investment banking firm has set up a new shop in South Carolina.

Davenport & Company recently opened an office for its public finance practice in Mount Pleasant, South Carolina, to be manned by Bob O’Neill, a former county executive in Fairfax County, Virginia, and city manager of Hampton.

O’Neill most recently was executive director of the International City/County Management Association in Washington, D.C.

At Davenport, O’Neill will be helping municipalities with public finance, such as bond offerings, strategy and negotiation for economic development projects, pension analysis and other work. 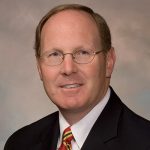 David Rose, co-chair of Davenport’s public finance group, said O’Neill will be a one-man show in Mount Pleasant for now.

It’s the firm’s second location in South Carolina, joining one in Hilton Head. It has 22 locations, spread throughout Virginia, Maryland, the Carolinas and Georgia.

Rose said Davenport will continue looking to expand its public finance group as it finds talent.

“We’re going to venture beyond our footprint opportunistically,” Rose said.

He said the public finance group has a headcount of about 30, and accounts for 10 to 20 percent of the firm’s operations.

Davenport said O’Neill also recently accepted two university appointments. He’ll serve as an adjunct professor in the Center for Regional Excellence in the Strome College of Business School of Public Service at Old Dominion University; and was named a Riley Fellow for the Joseph P. Riley Jr. Center for Livable Communities at the College of Charleston.