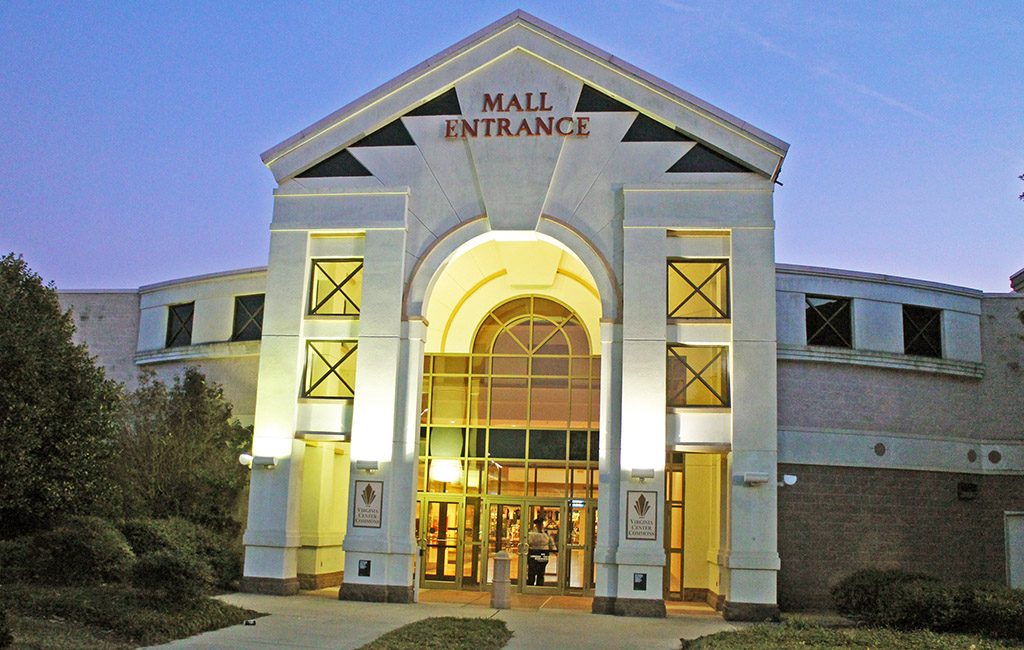 Virginia Center Commons, a suburban mall at 10101 Brook Road, was purchased for $9 million.

A New York buyer with an appetite for struggling malls has found its latest acquisition in Henrico County.

Virginia Center Commons, a suburban mall at 10101 Brook Road that has been hindered in recent years by high vacancy rates and the recent loss of an anchor tenant, was purchased this month by Great Neck, New York-based Kohan Retail Investment Group for $9 million.

Kohan’s purchase includes 577,000 square feet comprising the main arteries of Virginia Center Commons, but does not include the buildings occupied by J.C. Penney, Sears and the former Macy’s. Those retailers each own their respective buildings, comprising about 338,000 square feet.

Last year, the property was assessed at $28.5 million, according to county records. That’s down from a $30.7 million assessment in 2015.

Kohan Retail specializes in purchasing and renovating distressed malls and retail centers in the Midwest and Southeast, according to its website.

Kohan did not disclose future plans for Virginia Center Commons, or what attracted him to the property.

Virginia Center Commons, one of the last all-indoor suburban malls constructed in the region, opened in 1993.

The mall had been owned, managed and operated by Indiana-based Simon Property Group, according to tax records.

Simon spokesman Les Morris said the firm later spun off Virginia Center Commons, along with a number of other smaller mall assets, into a separate company, Washington Prime Group, in 2014.

In recent years, Washington Prime Group promoted plans to redevelop the mall into an open-air retail center. Those plans never came to fruition, and as newer malls – such as Short Pump Town Center and Stony Point Fashion Park – came on board, Virginia Center’s tenancy and revenue began to decline.

The mall’s revenue declined continuously over the last few years, dropping from $70.55 million in 2012 to $62.83 million in 2015, according to the Henrico County finance department.

In January 2016, Macy’s announced it was closing its Virginia Center Commons location–leaving the mall without one of its first major anchor tenants.

Washington Prime disclosed in SEC filings that Virginia Center Commons was among “noncore properties” that it intended to sell, and had entered into a purchase agreement with Kohan Retail in September 2016.

This isn’t the first time a local mall was sold at what could be considered a fire sale price. In 2015, West End mall Regency Square sold to a local group for $13 million after narrowly avoiding foreclosure.

R. Joseph Emerson, Henrico County planning director, said his office has not received any plans or correspondence regarding potential upgrades or redevelopment at Virginia Center Commons. He said his office is eager to work with Kohan Retail.

“The area is doing really well,” Emerson said of the parts of Henrico surrounding the mall. “We look forward to working with them to try to make the mall successful.”

Emerson added that the Macy’s building at Virginia Center Commons is for sale.

The mall remains home to several local, regional and national retailers, though not nearly the amount during the 1990s and early 2000s. In addition to J.C. Penney and Sears, other larger tenants include Burlington Coat Factory and gym chain American Family Fitness.

Biz Sense still has not reported the construction of a new Free Standing Emergency Room by HCA on Temple Ave just east of Southpark Mall.
It is well underway with site work complete and walls getting ready to come out of the ground. Yet you haven’t reported it.

The mall opened earlier than 1993, either late 1990 or 1991. Macy’s was, before it, Hecht’s, and, likely before it, Thalhimers in its final days before being sold to Hecht’s.

Regional malls seem to require complete refurbishing or repositioning every 15-20 years. This one is way overdue for an overhaul. The location is still strategic for highways but it lacks high density housing within walking distance. The HHHunt/ Kotarides community is a start but that Mall parking lot could use an infusion of about 1000 mixed income and active adult apartments, as well as a reconfiguration of the center itself. Perhaps they could open it up to the sky or allow a travel lane thru it. It’ll be interesting to see how the new ownership revives it.

1000 homes/apartments planned for across the street. 400 more less than 2 miles away. New apartment complex down the road in Hanover recently opened.

Level the existing structure and build something similar to Willow Lawn. Anything would be an improvement

Bruce is definitely got the correct idea given the roadways/access, growth pattern, and people’s changing living and shopping demands. It will be interesting to see to “final” product.

This mall has so much potential given it’s location. Making it open air, better access to the movie theater

Likely the best use for the VCC Mall property would be to demolish or remodel it and replace with an open air outlet mall like that in Williamsburg. The property has more space than that of the proposed outlet just a couple of miles north in Hanover. It would be a destination shopping venue for the region.

Just level the thing and turn it back into woods.