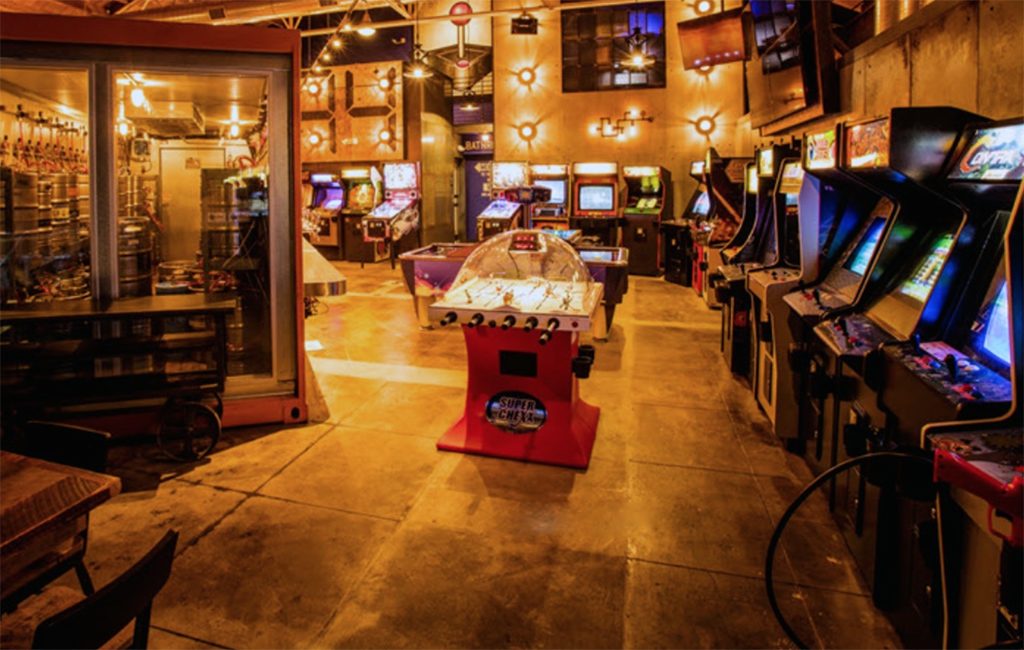 Like Pac-Man chomping after power pellets, two separate bar-arcade ventures are hungry to get into the city’s hottest commercial district.

Two groups – one backed by a local frozen yogurt franchisee, and the other steered by several well-known Richmond restaurateurs – are planning what may amount to dueling entertainment venues in the Scott’s Addition neighborhood.

After more than a year of searching, Robert Lupica, a local businessman and one of the original franchisees of Richmond-based fro-yo chain Sweet Frog, is planning his bar-arcade concept in a 6,300-square-foot portion of 3121 W. Leigh St.

A hip entertainment trend that’s caught on in a number of large cities across the U.S., so-called bar and arcade combos typically blend classic arcade games, draft beer and food into a casual setting.

Lupica, who will own and manage the Scott’s Addition venue, has signed a lease for the space and is targeting an April opening date.

While the name for the new venture is pending, Lupica said the arcade will host over 70 vintage pinball and arcade games from the ’80s, ’90s and 2000s. They include Mortal Kombat, Donkey Kong, NBA Jam, NFL Blitz and Pac-Man, more information on these retro arcade games can be found in this article. Board games, shuffleboard, giant Jenga, air hockey, skee ball and large projection screens with classic video games also will be offered at the site.

“These are games that are going to resonate with people 21 years of age and older,” Lupica said. “We want to have gaming leagues and tournaments…we really envision this place becoming a neighborhood hub.”

While Lupica would not disclose investment totals, he said many of the pinball and arcade games cost thousands of dollars each to secure.

Then there are the drinks. 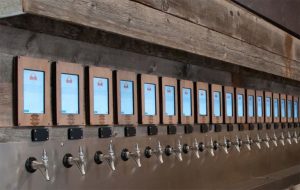 Lupica’s establishment will use a “self-tabbing beer wall” with 60 craft beers, ciders and wines.

Instead of a typical bar with a bartender, Lupica said his venture will use an automated “self-tabbing beer wall” with 60 craft beers, ciders and wine from local, regional and national breweries.

He said patrons will pay by the ounce, using a tap card provided by the venue. With the tap card, patrons can walk up to an iPad screen, swipe their card and pour their drink freely.

“We plan to have a beer connoisseur showing them how to use the taps and properly pour their beer…. This gives you options on taste testing the many options,” Lupica said. “It’s up to the user to decide whether to reload the card or not.”

Lupica also has food in mind, and is planning a menu that will pair with several brews on tap.

Marty Mooradian, a broker with Richmond-based Marcus & Millichap, represented Lupica in the lease. He said Fultz & Singh Architects have been retained to handle the design of the space.

Lupica plans to submit permits for the venue to the city in five to seven days.

“The building is in pretty good condition, so getting in and making the changes we need to make will not take very long for us to get going,” Lupica said.

Meanwhile, Jason Alley and Michele Jones, co-owners of Comfort and Pasture restaurants, along with Saison owner Jay Bayer, are partnering yet again and finalizing plans to bring an arcade-brewery-restaurant combo concept to Scott’s Addition.

Bayer would not disclose the location of the planned venture and no lease has been signed, but he said the group has been mulling over the idea for a while.

“It’s going to be a good mix of video games and pinball machines,” Bayer said.

With Scott’s Addition’s many breweries, cideries and burgeoning food scene, Bayer said it was a matter of time before the bar-arcade concept slipped in.

“Part of what we have been excited by is the opportunity to be the living room for a neighborhood with such high density,” Bayer said. “Scott’s Addition seems ready for something like this.”

Alley, Jones and Bayer are also teaming up to take over the former Balliceaux restaurant and bar in The Fan at 203 N. Lombardy St. They plan to reopen it as Flora, which will serve dishes native to the Yucatan Peninsula and Oaxaca regions of Mexico.

And Lupica may not stop at Scott’s Addition – he said he plans to open two additional bar and arcade locations across metro Richmond.

I can’t wait for both of them to open! Hopefully there will be a healthy number of well maintained pinball tables.

Looking forward to some pinball!! Also excited to see what other classics will appear!!

Strange Matter has already been doing this for years.