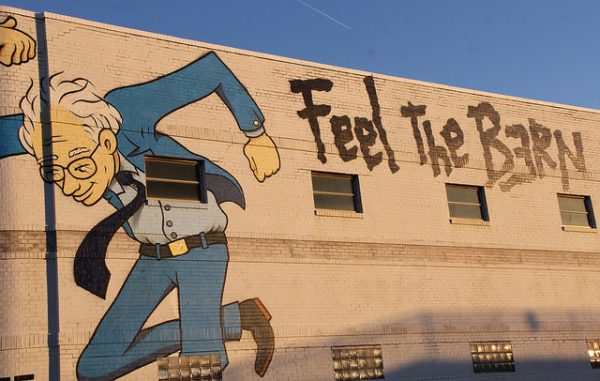 A Scott’s Addition building known for its mural of Bernie Sanders is slated to attract a different kind of social movement.

The former Sea Dream Leather building at 3300 W. Broad St. has caught the attention of Highpoint Collective, a local group looking to keep artists and small businesses from being priced out of the neighborhood.

The team, made up of business owner David Morrison, taxidermist Robert Olsen and jeweler Claire Accardo, looks to turn the building into a dedicated workspace for creative industry professionals. They are readying the roughly 17,000-square-foot space for a $1.6 million overhaul, and hope to start upfitting the space in six to eight weeks, pending city permit approvals.

Residents of Scott’s Addition, the trio noticed rent prices rising in the neighborhood when Morrison and Olsen purchased the building in 2013 for $600,000.

“We knew we wanted it to be a place for artists and other creative types,” he said.

The group crafted plans for The Highpoint – a venue Morrison and his team want to become the neighborhood’s first collaborative space specifically for artists and professionals in creative industries.

“What we do defines us,” Morrison said. “It’s just making sure that we have the opportunity to stay in the neighborhood to do it, and we learned that we were not alone.” 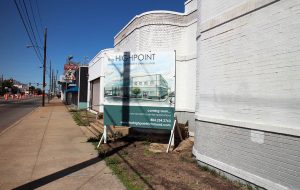 “We know the price point is low, given the area,” Morrison said. “We want this to be affordable for the tenants because we want them to be able to be self-sustaining to afford essential things like rent and healthcare.”

The group has secured tenants that include Jess Brooks Pottery and Photosynthesis Floral Design. Olsen, who owns taxidermy business Frozen in Flight, will establish a studio at The Highpoint, as will Accardo.

The Highpoint also will offer spaces where the group can charge hourly and daily rates for its classroom, event and music practice space.

Plans also call for a 1,800-square-foot event space, which Morrison said could be rented out for parties, conferences and weddings. A 630-square-foot commercial kitchen is slated for the facility as well.

There also will be a 700-square-foot classroom for businesses and artists to offer instructional programs, and a 100-square-foot room for music lessons.

Richmond-based 510 Architects will oversee the architectural design of the space, while Dominion Construction Partners was selected as the project’s general contractor. Zack Belanger of Arcgeometer has been selected as consultant for the space’s acoustic design.

Chesapeake Bank is financing the project, which will not involve historic tax credits, Morrison said. The team is targeting a fall 2017 open.

The building, first constructed in 1939, includes two additions from the mid-1940s, Morrison said. The space has been used for several businesses over time, including a call center, law offices and milk warehouse.

The project is the latest sign of investment in the corridor that serves as Scott’s Addition’s southern border. Farther east, a former bingo hall building at 2900 W. Broad St. recently was purchased for $1.2 million. Next door, the former Joy Garden restaurant gave way last year to impending development.

It might be the shiniest, newest collaborative space, but it won’t be the first. Studio 23 has been there for almost two years now, I had a studio in a collective near bowtie (before bowtie!) in 2003, and I’m sure there were and are many others.

Studio Two Three has been located at 3300 W Clay St. in Scott’s Addition – just one block from the Highpoint – since May of 2015.

We are Richmond’s nonprofit workspace for art, and provide over 60 artists with 24/7 access to studios, a fully-equipped print shop, black and white darkroom, digital lab, meeting spaces and lounge. We offer free and low cost classes for schools and adult workshops for working artists and creatives to hone their skills.

We love the neighborhood and are exited to welcome a new creative space!

Oh good the Studio Two Three boss beat me to this!

This sounds super awesome though! Sassing aside, I wish these folks the best!!!

SA is quickly going the way of Park Slope, Brooklyn -an over gentrified neighborhood with all the charm of a Henrico subdivision. It needs more people like the Highpoint Collective, S23, and all the rest to keep it interesting and relevant.