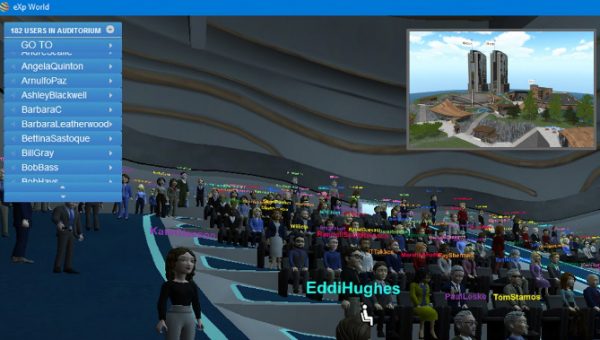 EXp agents can use an avatar to attend virtual meetings and conferences.

A fast-growing online residential real estate company has extended its reach to the Richmond market.

Bellingham, Washington-based eXp Realty has planted its flag locally with the addition of about 15 area agents, including recent additions Shannon Milligan of RVA Home Team and Clayton Gits of Mission Realty, both previously with Keller Williams, and Andy Klemm, formerly with Equity Realty.

EXp, a publicly traded brokerage in which agents share a stake in the company’s ownership, has had a presence in Northern Virginia for five years, but started picking up agents in other metros in the state over the past 18 months, said David Harbour, the company’s state broker for Virginia.

Harbour, who introduced eXp to Virginia as its first affiliate in the state, said the business model incentivizes agents with an ownership stake, while also helping them save for retirement. 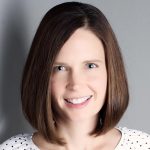 “That problem of, ‘I don’t own anything in the company and I don’t have an exit strategy’ – I don’t want to say it’s taken care of,” he said, “but there are options here with agents, so 15 years down the road when they want to retire, they actually have something in their nest egg.”

Milligan, who joined eXp in December, said she was drawn to the company’s online platform for agent services and resources, as well as its opportunity for agents to buy into the company.

“That was one thing that’s really different than any brokerage that I’ve ever been part of or heard of,” said Milligan, whose RVA Home Team, through Keller Williams, sold 30 homes last year for a combined $8.64 million.

Milligan said agents obtain stock in the company upon achieving certain performance benchmarks, such as closing their first deal or reaching a particular production level. She said agents also can participate in a stock program in which the company takes 5 percent of an agent’s earnings and buys stock for that agent at a 20 percent discount.

EXp’s commission split is 80/20, with the brokerage taking 20 percent of an agent’s commission on each deal. That split is capped at $16,000 and then the agent keeps the full commission, minus a transaction fee.

The company also offers a revenue-share program – an agent who recruits another agent to eXp receives a portion of the recruited agent’s commission split with the brokerage.

Milligan said the revenue-share model helps her build a nest egg for retirement.

“As independent contractors, real estate agents typically don’t get benefits and we don’t have retirement plans. It’s all self-funded,” she said. “This is still self-funded, but it’s another avenue for me to plan for retirement through the revenue-share and through the stock.”

Training and resources are managed online, reducing the need for a brick-and-mortar presence and associated overhead costs. Agents can attend virtual training sessions and interact with peers using online avatars. 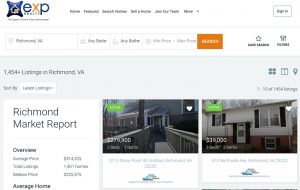 The eXp website displays just over 1,400 listings in the Richmond area.

Harbour said he could not provide the number of active listings for eXp in the Richmond area because of how new it is to the market. He said its volume of listings in the market is growing.

Seattle-based Redfin, which entered the market in late 2014, remains active in the area with a team of agents led by Warren Teller.

Teller, who previously was with Richmond-based 1776 Real Estate Group, would not share details about Redfin’s local impact over the past two years, and the company does not disclose its number of closings, active listings and local employee count, citing competition.

While Redfin’s calling card is its online map-based real estate search tool, which allows users to see every active and pending listing in the market, Redfin spokeswoman Keena Bean said the company differs from comparable search sites such as Trulia, Zillow and Realtor.com.

While Redfin and eXp are introducing new business models to the market, another brokerage in town is likewise moving away from the brick-and-mortar model. Local broker Paul Collins launched Coach House Realty in October as a flat-fee brokerage with a capped transaction fee for agent support and services.

And virtual reality and other online-based technologies are reaching the builder side of the industry as well. LifeStyle Home Builders and Eagle Construction of Virginia recently introduced VR technologies in their marketing and design process.