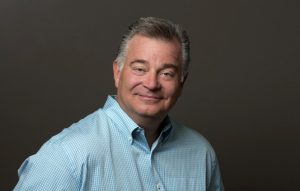 Mark Van Roekel, president and co-founder of fast-growing Henrico startup Iggbo, died on March 23, the company confirmed this week. He was 57.

“We are heartbroken by the passing of our co-worker. Our thoughts and deepest sympathies are with his family,” Iggbo spokesman Paul Spicer said in a statement.

Van Roekel, along with Nuno Valentine and Shaiv Kapadia, launched Iggbo in 2015 aiming to simplify the blood-drawing process with an Uber-like business model to connect patients with doctors and onsite phlebotomists through an online app.

Since then, the company has enjoyed brisk growth. From its headquarters at 2575 Homeview Drive in Henrico, it operates in 39 states and raised $16 million in capital last year.

Van Roekel was born in Iowa and graduated from the University of Tennessee. He previously worked at Microsoft and IBM, and co-founded Whitlock eBusiness Solutions, an IT company headquartered in Richmond.

He is survived by his wife and two daughters.

A celebration of Van Roekel’s life will be held at Hope Church at 12445 Patterson Ave. on April 3, with visitation at 9 a.m., followed by a funeral service at 10 a.m. The family will have a private graveside service at Signal Hill Memorial Park in Hanover.