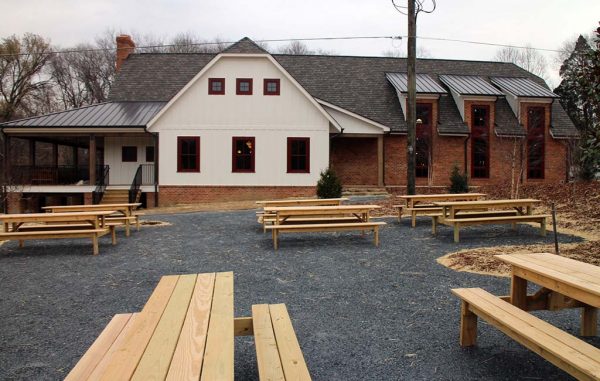 Tucked away in the woods of Powhatan, one of the area’s newest breweries will soon rise.

Fine Creek Brewing Co. is preparing to open this spring at 2425 Robert E. Lee Road, next to The Mill at Fine Creek wedding venue. It will be the first brewery in Powhatan County.

Behind the brewery are Lisa and Mark Benusa, a local mother-and-son duo who have operated The Mill since 2005.

Mark Benusa said they bought the brewery’s 5-acre parcel from their neighbors in 2014. They began building about a year ago, Benusa said.

“I just feel like Powhatan deserves something like this,” Mark Benusa said of being the first brewery in the county.

Sycamore Builders are building the facility, which the Benusas are funding through an investor and a loan from C&F Bank. Benusa said he’s targeting a mid-May opening. 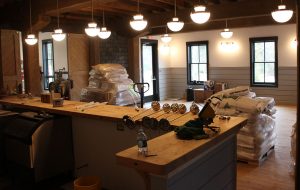 Fine Creek will brew with a three-barrel system in its 3,500-square-foot taproom. (Mike Platania)

Fine Creek will brew with a three-barrel system in its 3,500-square-foot taproom. Roughly half the facility will be a tasting room, where Fine Creek also will serve cheese boards and other appetizers. Benusa said head brewer Gabe Slagle plans to have six beers ready upon opening.

“We don’t plan on having any flagship beers – we want to have rotating taps,” Benusa said. For the opening he said he’s planning on having a Thai tea milk stout and Belgian double IPA, among other beers.

Benusa said he hopes eventually to get Fine Creek beer into local restaurants and collaborate with other local booze makers. The company hasn’t yet signed a distribution deal.