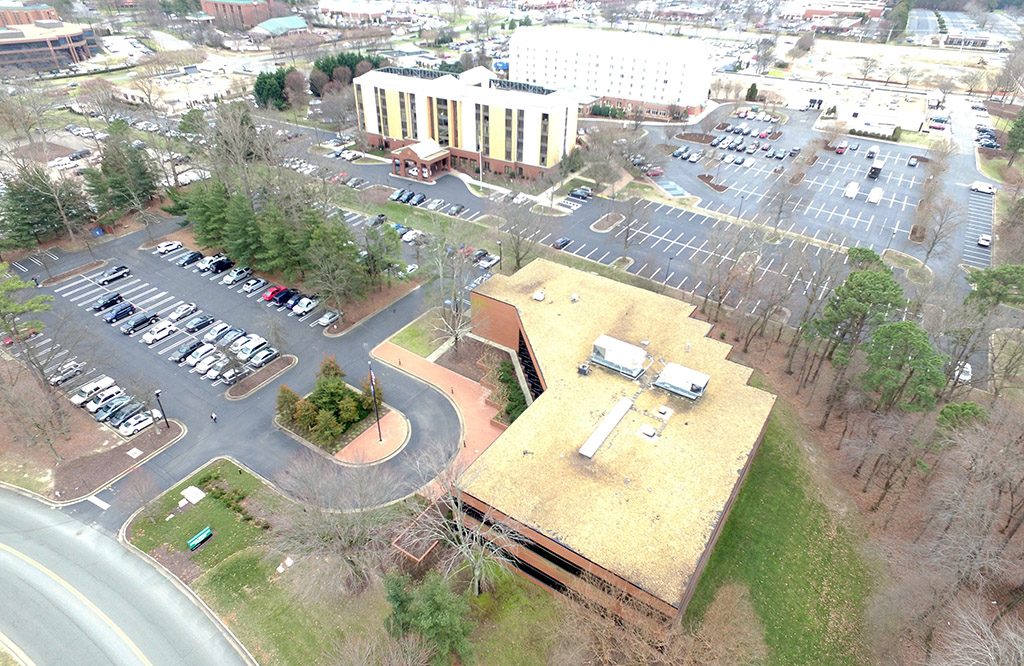 The 4-acre parcel at the southeast corner of Innslake Drive and Dominion Boulevard was approved for a mixed-use development. (Kieran McQuilkin)

A development that could be the first step in urbanizing Innsbrook marched forward this week, while a new Short Pump tap house got the green light to brew its own beer and stay open late on the weekends.

A group of investors led by developer and broker Joe Marchetti Jr. received approval Tuesday from the Henrico County Board of Supervisors to rezone a 4-acre parcel at the southeast intersection of Innslake Drive and Dominion Boulevard under the county’s new urban mixed-use zoning district.

The project, which would flank the site’s existing office building with two five-story apartment buildings totaling 350 units and an adjacent three-story parking deck, is among the first developments to seek the urban mixed-use designation.

Officials granted both a request to rezone and for a provisional use permit for outdoor vending, among other changes, from Marchetti’s group, which is operating through WAM Associates LLC. The county planning commission already had given its blessing in February.

One citizen spoke in opposition to the plan, citing concerns with potential traffic a new apartment complex might bring to the area, particularly to Innslake Drive.

According to Director of Public Works Steve Yob, who was in attendance, traffic studies showed the area could accommodate potential traffic, given new initiatives to widen highway entrance ramps and add lanes to Lake Brook Drive and Cox Road.

Yob said the department would further study Dominion Boulevard and West Broad Street, and work with VDOT on solutions for greater “walkability and ride-ability” through Innsbrook.

Among those who spoke in favor of the rezoning were Innsbrook business owners and the office park’s original developer, Sidney Gunst Jr.

Others also saw this project as a smart move for Henrico, as millennial employees push toward walking- and cycling-friendly living and work spaces.

“Companies are being pulled to follow the millennials,” Gunst said of the project. “People want that 24/7 environment.”

The vote for the rezoning and permit passed unanimously. 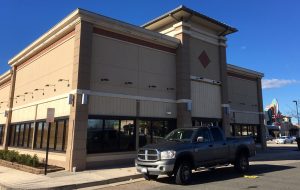 The first was to change the zoning on the property to light industrial use, allowing the restaurant to brew beer on site.

The company also received approval for a provisional use permit to operate the eatery until 2 a.m. Fridays and Saturdays.

A plan to rezone a half-acre lot at Patterson Avenue and Pump Road for a Take Five Oil Change shop also passed without controversy. It would be the first Richmond-area location for the Take Five chain, which has a handful of shops in Hampton Roads.

Board President Patricia O’Bannon said the lot has a history of zoning requests, but no business has successfully launched on the property due to its “unusual terrain” and single entrance on Pump Road.

Previously, developers attempted to open a Wendy’s fast food restaurant on the parcel. However, the parcel’s size prevented a drive-through, and developers were met with some opposition from neighboring businesses.

Requests by Hank Wilton’s Wilton Acquisition to rezone and to obtain a provisional-use permit for 11 acres on Woodman Road were deferred at the applicant’s request, so the firm could obtain “more engineering details.”

Wilton is looking to build a residential townhouse development.

Last week brought forward the first plans in city history for a subterranean garage to serve a residential building. On its heels is one for Innsbrook! If we can achieve the rents for these two developments, the sky becomes the limit, literally, in Richmond.

Let’s wish both developers the best in their endeavors.