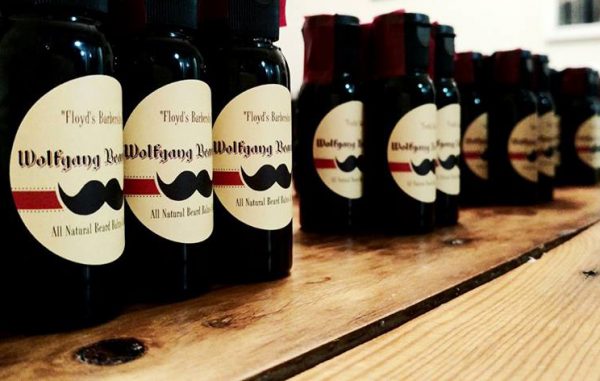 The 35-year-old local Amtrak conductor has sported a beard for so long he’s lost count of the years he’s had it.

He said he never thought of himself as an entrepreneur until a health scare last fall gave him some time to think.

A procedure that removed cancer from one of his kidneys put him out of work and on the couch for weeks. During recovery, he started seriously considering launching a new business and capitalizing on his love of the scruff.

“I couldn’t find a product I liked, so I started tinkering with recipes,” Mike said. “It was just something to do while I was recovering … but Kristy was the one who said, ‘I believe in this, let’s do it.’”

Mike said he started by bringing samples of beard oils to the train station, where many of his coworkers embrace the bearded look.

“I started getting feedback from my coworkers, and they started saying they liked it,” he said. “Now, I’ve turned my laundry room into a storage room with ingredients everywhere.” 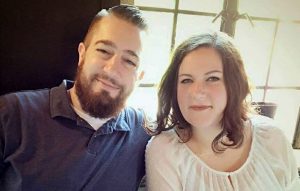 Mike makes all Wolfgang products himself, while keeping his day job as a conductor, carrying Richmonders and D.C. residents from city to city. He concocts formulas in specialty spouted pots, using coconut oil and hemp seed oil as the base for its beard oils and beeswax for its balms. Its beard butters are made from shea butter and mango butter. He’s produced 15 fragrances and unscented items.

“It’s all about getting the right measurements, melting them down and adding the oils together,” he said.

Wolfgang Beard Co. sells mostly through its online shop, and is available at Colonial Kitchen & Market in New Kent. Prices start at $10. Mike said the goal is to distribute Wolfgang products to local barber shops and have a table at local farmers’ markets.

“I’m trying to push the local aspect. I know Richmonders love locally made products,” he said.

As for the origin of the Wolfgang moniker, Montesano said it is his mother’s maiden and his son’s middle name.

Great product! Love Mikes’ products and use them daily!