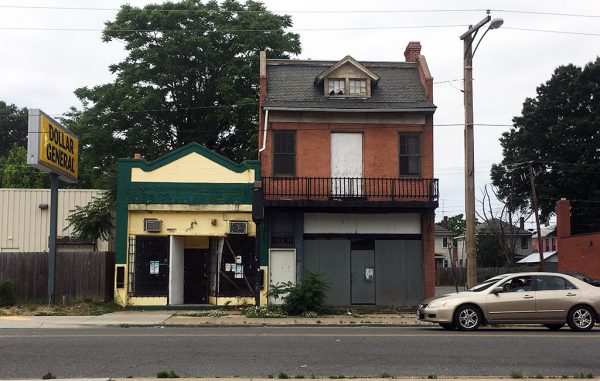 As buyers continue to snatch up derelict properties along Brookland Park Boulevard, a real estate player in the Northside neighborhood is taking the lead on investing in another nearby street.

The firm also owns the former movie theater building at 115 Brookland Park Blvd., which some say could be an important piece to the neighborhood’s growth if the historic structure is redeveloped.

Johnston said he is still mulling ideas for his North Avenue and Brookland Park Boulevard properties.

“We know it’s going to be an eight- to nine-month process,” Johnston said. “We have no specific tenant lined up at this time.”

Wilson Flohr, a broker with Richmond-based Porter Realty who represented Johnston in the North Avenue deal, will lease out the space after renovations.

“We think retail or office is going to be a good use for the property,” Flohr said. “At this moment, we’re still considering all options for the space.”

The two buildings total 4,700 square feet. 2914 North Ave. is one story, while 2916 North Ave. is two stories, each with frontage along North Avenue and alley access. Both structures are zoned for mixed use.

Johnston has been buying and flipping real estate in the Brookland Park neighborhood since 2008, including residential properties. A recent rise in development and redevelopment has prompted some brokers to compare its future potential to neighborhoods like Church Hill and Manchester.

“There was always something there,” Johnston said of the area. “It was really a matter of timing.”

The building at 2829 North Ave. is for sale, and Metro PCS moved into retail space at the intersection of North Avenue and Brookland Park Boulevard a couple months ago.

Flohr said that deal flow may continue to increase.

“That’s part of the appeal,” he said of the North Avenue corridor. “That’s the next area set for new investment.”

Unfortunately for us, the residents of North Barton Heights, it’s just another piece of real estate that has been bought up and will continue to stand as a boarded up, blighted property. .. just like the theatre on Brooklandpark Blvd.
kudos to you for amassing more properties, collecting city grant money and doing little else.
Can anyone say con game?

Patience, Karen. As developers invest in “new” territory, they must first secure the building from further damage from the elements, vagrants and gangs, and then get their financing and historic tax credits in order. Part of that process may entail finding a willing retailer to follow them. Note the conversion of the blocks along Broad Street, Grace Street and Hull Street in the Manchester Business District. It all takes time.

I appreciate Bruce’s warning that patience is needed for new owners to secure their building and get funding before improvements can be done, but my husband has been waiting since last OCTOBER for his rented space on Brookland Park Blvd to be complete so he can move his much needed bike shop, Bing Bicycle into the space. His rent has been paid up since last August and the store is still not open. He was formerly Streetcar Cyclery and has a following of loyal customers who are waiting for him to open. Is 10 months too long to wait for… Read more »

I understand about taking time to develop investment property that has been neglected for many years….like much of the property along Brookland Park Blvd. But to be honest, I signed a lease and cut a check for the deposit last Aug for one of these rehab spaces purchased by investors from Northern Va. The plan was to be in by Oct allowing for time to renovate, Here we are going on month 10 and a simple 900 sq foot space is still nowhere near being done. The owners tell me the City is to blame….but frankly you can use the… Read more »

As a former resident of Battery Park, I am so happy to finally see some movement on a property that has been vacant for over 5 years. As far as Karen’s misinformed comments are concerned, Bruce is correct in the fact that these things take time – especially commercial projects of this scale. Keep in mind, many of the buildings that have been bought and gutted are still sitting empty as they locate ideal tenants prior to any renovations being done. You don’t dump hundreds of thousands of dollars into a building without a potential tenant being identified. This corridor… Read more »