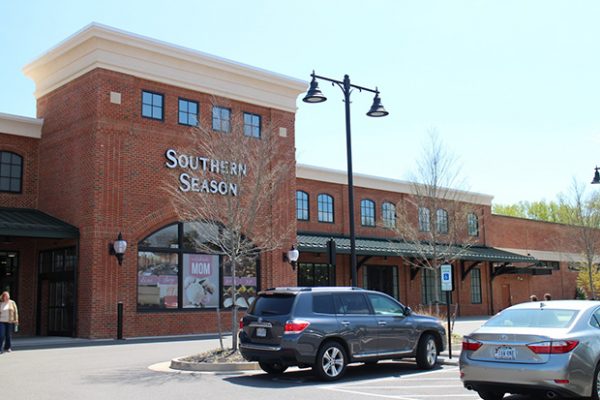 When Southern Season abruptly shut down last year as one of the anchor tenants of the massive mixed-use development Libbie Mill, the retailer’s closing left more than an empty building in its wake, according to a lawsuit filed in Richmond federal court this month.

An entity tied to Richmond-based Gumenick Properties, the developer of Libbie Mill, is suing former Southern Season CEO W. Clay Hamner and CFO Brian Fauver for fraud and more than $350,000 in damages over an agreement tied to the store’s lease in its short-lived local location.

It closed the location less than two years later, in April 2016, citing weak sales and too large a space. Gumenick has yet to announce a new tenant for the vacant box, while the rest of Libbie Mill has continued to take shape around it.

It alleges the Libbie Mill store failed to make its first three rent payments on time. After the retailer asked for a rent reduction shortly after opening, Gumenick agreed to help prop it up by floating an equity investment of $25,000 per month for 12 months, up to $300,000.

That agreement, according to the lawsuit, was based on an alleged assertion by the defendants that Southern Season had a letter of credit in place to cover a $500,000 security deposit for its 20-year lease in Libbie Mill. Gumenick alleges the letter of credit was not in place at the time of the cash infusions, which the lawsuit contends amounts to two counts of fraud.

Southern Season filed for Chapter 11 bankruptcy in June 2016, after its expansion plan was unable to replicate the success of its Chapel Hill store and it shuttered locations in Mount Pleasant, South Carolina; Charleston, South Carolina; Raleigh and Asheville, North Carolina.

Hamner and Fauver filed responses to the lawsuit last week, denying Gumenick’s claims, and asking that the case be dismissed. Fauver filed a separate motion to dismiss him from the suit, arguing the case does not assert a claim against him specifically.

Gumenick is represented in the case by Hirschler Fleischer attorneys Courtney Moates Paulk and Emily Scott. Paulk said their clients do not comment on ongoing litigation.

Hamner and Fauver are represented by Spotts Fain attorneys John Erbach, Edward Bagnell Jr. and Tara Badawy. Erbach said he could not comment on the case.

Did anyone ever really truly think that development would work, even if Southern Season had of stayed. It was a horrible idea from the start and now we’re left with more dead retail space.

At least one person thought it would work, see comments here: