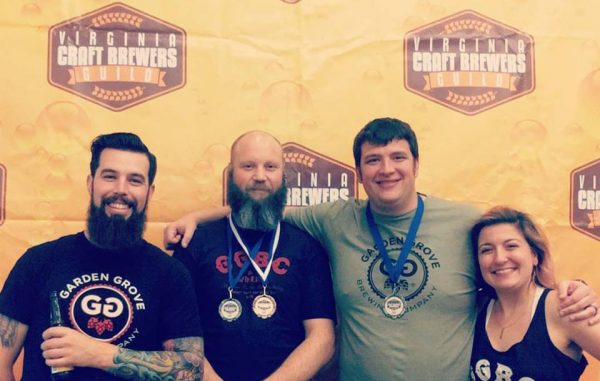 Nearly a dozen Richmond-area breweries added to their trophy cases this week.

The Virginia Craft Brewers Guild held its sixth annual Virginia Craft Beer Cup at the WestRock building downtown, dishing out 24 awards to beer makers from around the state. More than 350 beers were entered and graded by 40 judges earlier this spring.

Each brewery – there are more than 120 in the state – can enter up to four beers, which are graded blindly on criteria including aroma, color, bitterness, carbonation, flavor, appearance and taste profile.

Carytown-based Garden Grove Brewing Co. took home three awards, the most among its local peers. The brewery also is looking to add wine to its offerings, aiming for a fall 2017 uncorking.