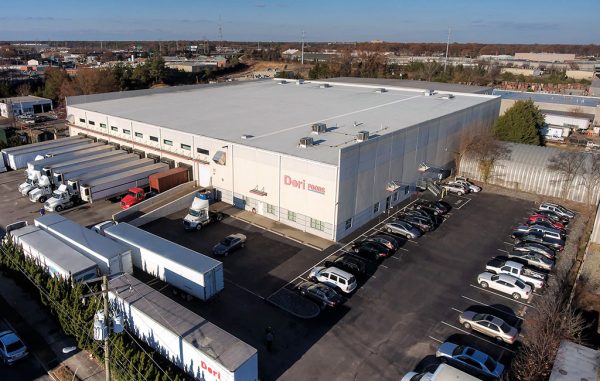 Spy Rock Real Estate Group has added a page to its playbook.

The cold-storage facility is 100 percent leased long-term to the food distribution company, and Spy Rock has no plans to alter the property.

That’s a change of pace for the company, known in Richmond for new construction in Scott’s Addition and renovating a portfolio of apartments. It’s also the firm’s first industrial property acquisition.

“This is not the first time we’ve purchased a stabilized property,” Basham said. “But we’ve never bought a cold-storage and distribution facility before. The way we look at it, it was more about the tenant and the asset.”

Dori Foods is a specialty foodservice distributor focused on schools, prisons and military markets in the Mid-Atlantic region, according to its website. The company could not be reached for comment Tuesday.

Taylor Williams, another Spy Rock principal, would not comment on the duration of Dori Foods’ lease, saying only that it is long-term.

“We’re not making any changes to the facility,” Williams said. “This is an excellent opportunity for us to acquire a property 100 percent leased to a very strong and recession-resistant tenant … this asset is expected to generate strong, stable cashflows.”

The purchase was financed by Xenith Bank.

The property most recently was assessed at $5.96 million, according to city records.

Spy Rock’s other Scott’s Addition holdings include the former Symbol Mattress factory site at 3200 Rockbridge St., where a 60,000-square-foot office building and 200 apartments are under construction, and the redeveloped former Coke bottling facility – now an apartment complex dubbed Preserve at Scott’s Addition.

Spy Rock also owns the Sleep Inn and Quality Suites hotels on Northampton Boulevard in Norfolk, which it acquired and renovated about a year ago. The two hotels are adjacent to the city’s new Simons Outlet Mall, which opens next month, and an under-construction IKEA store.

While the Dori property sits on 4 acres in a part of the city where large tracts are scarce and values are rising, Basham said, Spy Rock is playing the long game on the deal.

“If [Dori Foods] relocates, it would be a great redevelopment opportunity,” Basham said. “But that’s not our focus at all. Right now, our focus on our current agreement with Dori Foods, and maintaining a positive relationship with this growing business.”