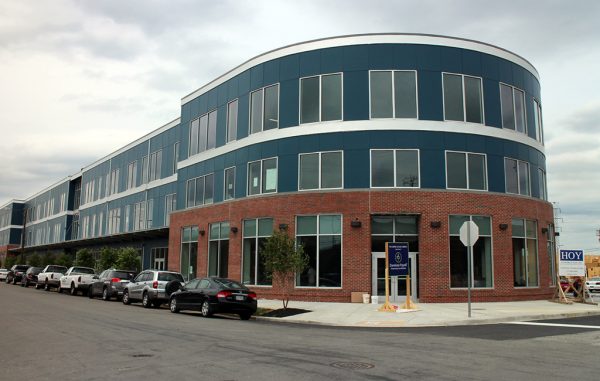 Six years after moving into Scott’s Addition, a fast-growing local IT and consulting company is moving a block over to the neighborhood’s newest development.

The three-building new construction project, which also is being developed by Holladay Corp. from Washington, D.C., will comprise a 60,000-square-foot commercial building and 202 apartments.

The move allows Impact Makers, which has grown to 130 employees doing IT and management consulting work mainly for healthcare and financial services clients, to double the size of its office.

It’s currently housed in 6,500 square feet around the corner at 1707 Summit Ave. At Symbol, the company will occupy 13,000 square feet of the three-story commercial building’s second floor.

The company had 14 employees when it first moved into the neighborhood in 2011, in a small shared space on Marshall Street. It moved to its current Summit space four years ago.

“We have been in Scott’s Addition for over six years, which makes us old timers,” Willett said. “Our growth went beyond even our most optimistic projections. We’ve maxed out.”

Impact Makers routinely shows up on BizSense’s RVA 25 and Inc. Magazine’s lists for fastest-growing businesses. It had $22.4 million in revenue in 2016, Willett said, up from $15.9 million in 2015.

That growth is fueled in part by the company’s business model that’s heavy on philanthropy. Its profits after accounting for salaries, operating expenses and taxes are given to charity, and two years ago, the company donated ownership of itself to two nonprofits.

When time came to look for a bigger office, Willett said leaving the sought-after neighborhood wasn’t much of an option.

“There’s such a bias toward Scott’s Addition that the team here really didn’t want to leave the neighborhood.”

Willett said Impact Makers will use 10,000 square feet of its new space initially, and will sublease the rest until it grows into it.

The company signed a 10-year lease in late March, just in time for its 10th anniversary, Willett said. 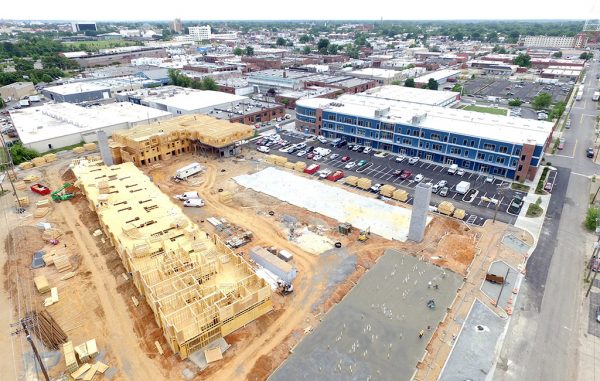 Also signed on are: Brenner Pass and Chair Lift, a respective new restaurant and neighborhood market from the owners of Metzger Bar & Butchery in Church Hill; men’s clothing store Jackson & James, which is set to open May 16; the corporate office for urgent care chain BetterMed; the Richmond office of engineering firm Michael Baker International; and offices for Strategic Staffing Solutions and real estate firm 37th Parallel.

The commercial building has 1,400 square feet left to lease, with construction expected to be completed by September.

Hoy Construction from Norfolk is the general contractor on the Symbol project. Emerald Construction, Trent Construction and CCM are handling the build-out.

The overall architect is ADO, while Hickok Cole and Fulz & Singh Architects are designing the tenant spaces. AES is the civil engineer.

Lenders on the project are Park Sterling Bank and Xenith Bank.

Editor’s Note: On June 7, the Symbol development will host the next installment of Richmond BizSense’s quarterly Hard Hat Happy Hour event series, presented by Sands Anderson. The event is sold out, but more information can be found here.