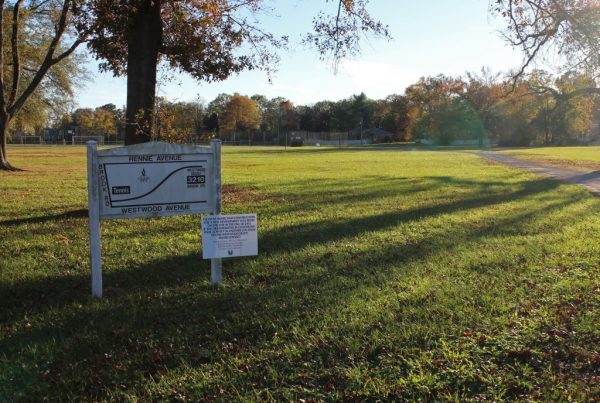 The 33-acre Westwood Tract is owned by nearby Union Presbyterian Seminary.

The wins are racking up for a controversial apartment project in Northside, but opponents of the development planned by Union Presbyterian Seminary say their fight to stop it is not over.

A Richmond Circuit Court judge on Monday dismissed a lawsuit brought by neighboring residents looking to prevent a 301-unit complex the seminary is proposing for part of the Westwood Tract, a 34-acre parcel of undeveloped land along Brook Road southwest of the theological school.

In his ruling, Judge W. Reilly Marchant said the residents had not exhausted all administrative options to appeal the city’s decision to issue building permits for the project before bringing the lawsuit April 25.

By bringing the suit before appealing to the city’s board of zoning appeals, which later voted 4-1 to reject their appeal, the residents’ lawsuit could be dismissed, Marchant ruled, citing statutes that require the exhaustion of administrative appeal options before a legal challenge.

On Tuesday, the residents group, called the Westwood Tract Coalition, responded to the ruling in a statement.

“… The decision did not consider the merits of the case but, at the request of Richmond City authorities, was dismissed on procedural grounds,” the statement said. “We will continue to fight this offense against our community through both legal and administrative channels.” 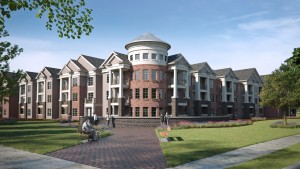 Coalition spokesman Ben Campbell said the group is weighing legal strategies and will continue to work with city officials who he said share concerns about the project.

“We have a unanimous council resolution asking for this thing to be reexamined and a statement from the mayor asking for the same thing, and nothing has happened with regard to those,” Campbell said.

The request to dismiss the lawsuit was made on behalf of the seminary, the City of Richmond and zoning administrator William Davidson, who made the decision in 2015 to allow the $50 million project. The coalition has said Davidson’s decision was inconsistent with the tract’s intended use, which they maintain was educational or institutional.

The seminary says the land has been zoned since 1953 for multifamily residential use. Seminary President Brian Blount said the land has long been planned for student apartments.

“We’re confident that we are operating in accordance with the zoning,” Blount said. “The zoning allows for the kind of construction we have, and it has always allowed for it.”

Union is working with Bristol Development Group, a Tennessee-based developer that is building the 373-unit Bristol at West Creek apartments in eastern Goochland County. A message left for the company Tuesday afternoon was not returned by deadline.

The Westwood Tract project, called the Canopy at Ginter Park, would consist of 112 one-bedroom units, 186 two-bedroom units and three three-bedroom units, according to Union. Rents would range from $1,000 to $2,200 per month. Bristol Development’s website says the complex will open in 2018.

The apartments would fill 15 acres of the 34-acre tract, the rest of which would remain as recreational open space, Blount said. An urban farm also is planned for the tract, with Midlothian-based Shalom Farms signed on to a 10-year renewable lease, the seminary said.

Blount described those plans as a partnership with the community, which he said would benefit from the additional housing options. He said the apartments are needed to attract prospective students and provide them – especially those with spouses and families – with adequate and appealing housing. 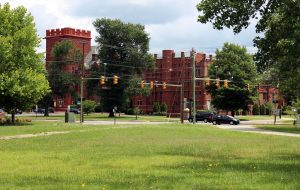 The seminary is planning a 301-unit complex on 15 acres. (Jonathan Spiers)

“It allows us to have the kind of flexibility for students to have access to the housing in the future, so it can be a resource for our students as well as a really good housing alternative for people in the community,” Blount said.

“We’ve been here for more than 100 years, and we’ve been a strong part of the neighborhood and the community,” he said. “That’s what we want to continue to focus on. … We see ourselves as continuing to be good neighbors through this process in how we use that resource.”

City Council President Chris Hilbert, whose Third District includes the seminary, said he was “profoundly disappointed” by the judge’s decision and the city’s handling of the project up to this point. He predicted the apartments would fail and said Union will have “irreparably damaged” its relationship with the surrounding Ginter Park and Sherwood Park neighborhoods if it goes forward with the project.

“It’s just going to be a disaster for everyone,” Hilbert said. “I can’t imagine this working financially … There’s no way they’re going to rent a three-bedroom apartment for $2,000 at that location.”

Blount said the project has the approvals and financing necessary to proceed. Union had considered financing the project with a loan through the U.S. Housing and Urban Development Department, he said, but that option was scrapped due to the time required. He said the project is being funded with a construction loan and equity partnerships handled by the developer.

Meanwhile, Campbell said the coalition will look at ways to delay construction and to present its arguments in a public forum, which he said has not yet been allowed.

“We are looking for a public forum within which we can have honest debate and conversation around this, and the city has denied us that forum systematically over a three-year period,” Campbell said. “We were hoping to get that in the court, and we got dismissed on a technicality. We did not get to discuss or present to the court the issues of substance in this case.

“Our goal is to prevent it from happening and to work out some other thing with Union Seminary that really benefits the neighborhood and the seminary.”

The coalition is working with attorney Robert Gordon of DurretteCrump, who represented them in the circuit court case. Michael Dingman and Alison Toepp of Reed Smith represented the defendants, along with Stephen Hall of the city attorney’s office. Andrew Condlin and Jennifer Mullen of Roth Jackson represented Union in the board of zoning appeals case.

The opposition to the United Presbyterian Seminary’s apartment project on north side, reminds me of the opposition to the conversion of the Verizon Building in Carytown to retail, with a Fresh Market some years ago ( although the facts differ). The sky was falling and property values were going to drop. The results were just the opposite! With all due respect to Ben Campbell, who I highly respect, this just appears to be another example of NIMBY-” Not-in-my back-yard.” The sky won’t fall and the project will, most probably be an asset rather than a liability .I trust that the… Read more »

I don’t live in the immediate area so I guess I have less of a dog in this fight than the neighbors of the community.

I am not opposed to development of this parcel, in general.

I am, however, against a developer plopping down this slice of Henricofieldsville in the middle of one of Richmond’s most beautiful neighborhoods.

By the design, I am convinced the architect has never actually visited the site.

I’m certainly in favor of new living options on the Northside. It’s a wonderful area, and I love when people discover it.

However, I didn’t think this is a case of the community simply not wanting change in our neighborhood. My understanding is that the concern is with an influx a 500+ students to a school district that is not ready for it, and roadway/intersection work costs that will fall to the city, rather than the developer.

I hope there are more public forums/input sessions on this so we can all think about this strategicall, and have full info.

Where are you coming up with 500+ children? Based on the apartment configurations I would expect perhaps 200 at most (considering most moving to the city do not have kids that is even unlikely). The intersection already has traffic lights and the development is in an area that is way under developed compared to the existing street infrastructure. This appears to be a very modest project considering the area.

Good question. Tommy Krantz, RPS Facility Director, at a GPRA General meeting. I believe he stated 870 for a full buildout of 1,100 units. I was downplaying that since it doesn’t appear to be the initial plan. If it stays to 300 units, he said 225 new to Holton ES. I will say, I live in the neighborhood and a high percentage of new buyers are young, or have kids. The gist seemed to be that the city would need to build new classrooms (a few million dollars), hire more staff, additional bus miles, etc. So, things to think about.… Read more »

I think the huge phallic symbol, front and center and the focal point of this apartment complex, is a huge f***k you to the neighborhood.

While not a part of the Plan of Development review criteria, impacts on schools were analyzed. Based on demographics of the target market, an average of 4 additional students per grade are projected to result from this development — in a neighborhood where a recent Richmond Public Schools study projects declining enrollment (https://www.rvaschools.net/cms/lib011/VA02208089/Centricity/Domain/863/CommunityPresentationFacilitiesNeedsReport.pdf)

Brian – It’s interesting how the “nimby” claim is always made by people without associated risks. The Verizon example you offer was an existing commercial structure adjacent to a significant retail district. The Westwood site is predominantly open land, adjacent to a growing private K-12 school, a seminary and a surrounding neighborhood of stabilized owner occupied housing. The density of the proposed apartments dwarfs neighboring properties and overburdens public infrastructure, a deficiency that to be corrected will cost all city residents. This is about failed zoning, opportunistic interpretations of intent and outright denial of written agreements made between legitimate parties… Read more »

My only complaint is the Seminary hasn’t ever paid taxes on that property, and now they can develop it and profit off of it.