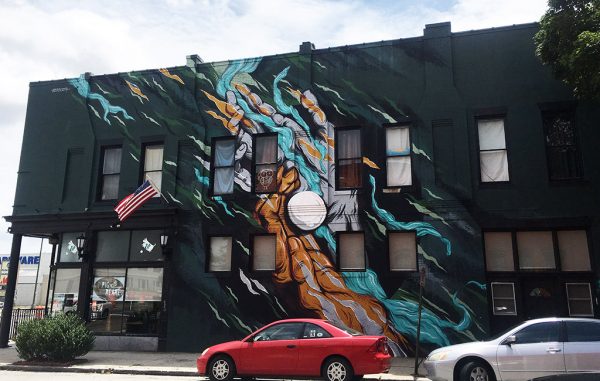 An out-of-town developer has taken a bite out of West Broad Street.

The property that houses The Pig & Pearl at 2053 W. Broad St. was purchased June 16 for $1.2 million, according to city records.

The building was sold by Season and Mathew Appelget, a couple that owns and operates Pig & Pearl and owned the real estate through 2053 W Broad Street LLC. They bought the building in 2009 for $750,000.

“It was just the right time,” he said of his decision to sell.

Kerry Riley of Joyner Commercial represented the Appelgets in the sale.

The building was purchased by CT 2053 West Broad Street LLC, a group linked to Jimmy Townsend, a Bethesda, Maryland-based independent developer. Representatives for the buyer could not be reached.

The Appelgets are in the midst of a lawsuit with Jonathan Sethna, an investor in Pig & Pearl who filed suit in September. The case claims the Appelgets mishandled company finances and defrauded Sethna out of $100,000, among other allegations.

Appelget said the ongoing lawsuit was unrelated to the sale of the building.

Prior to the Pig & Pearl, which opened in 2013, the Republic Restaurant & Bar operated in the space before closing in 2013 after a three-year stint that included bankruptcies and tax problems.