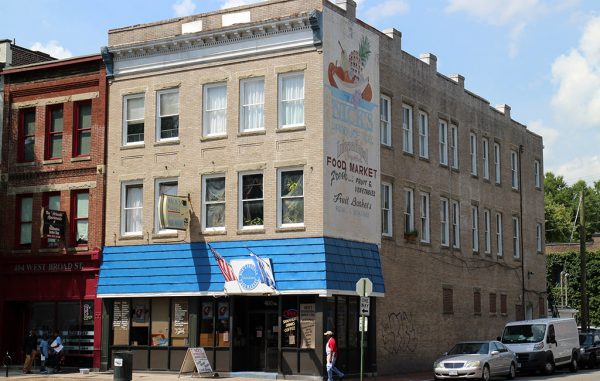 A downtown institution is headed to the West End after its building was swapped from one pair of brothers to another.

The 8,600-square-foot property was purchased by Eddie and Tony Huang, brothers and restaurateurs from Colonial Heights. The building most recently was assessed at $479,000.

Built in 1910, the structure also has four apartments on the upper levels. It has been in the family of co-owners and brothers Manuel Mouris and Philip Mourtzakis since 1987, and initially was listed in March 2016 for $1.05 million. It houses their deli and a Mediterranean goods wholesale distribution operation.

Mouris said Nick’s will continue operating and is under contract for a new spot near the intersection of Malvern Avenue and West Broad Street. The deli will remain open at its current location for two to four months before moving west.

“We’re getting more warehouse space. We’ll still have the store and sell specialty Mediterranean foods,” Mouris said. He added they also plan to move into online sales once in the new location.

The business’ namesake, Mouris and Mourtzakis’ father Nick, immigrated to the U.S. from Greece in 1932. His deli has been a mainstay of Richmond since the 1950s. After initially opening on North Sixth Street, it moved to East Marshall Street before settling in its current location in the ’80s.

The Huangs would not comment on plans for the space.

The article mentions that the Huang brothers are restaurateurs from Colonial Heights. Out of curiosity what restaurants do they presently own or operate?

Pulse is months from opening and anyone can feel the good vibrations in the city as real estate turns and the investment money pours in looking for the right plays. This is an exciting time for the City and the Renaissance of Broad Street.

While I’m encouraged to see more real estate investment in downtown I can’t say I’m as enthused about ‘Pulse’. It’s really nothing groundbreaking considering Richmond already has bus service. One of the things that holds Richmond back is the lack of mass transit but Richmond has always been slow to change.