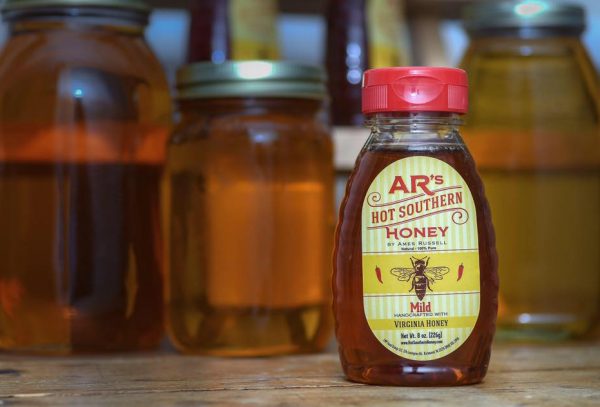 After a fiery launch late last year, a local food startup is turning up the heat as it rebrands and expands its products and distribution.

The company began bottling its chili pepper-infused honey in late 2016 and quickly found its way around town, landing on the shelves of Union Market, Libbie Market and Outpost. It’s now sold at 60 retail stores across the state.

Founder and company namesake Ames Russell said he’s also selling in bulk to local restaurants including Savory Grain, The Boathouse at Short Pump and Superstars Pizza for use in menu items. 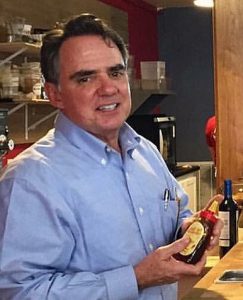 “I’ve heard from lots of food retailers throughout the Southeast and Midwest looking for new and different food items for their fourth quarter holiday sales. I just shipped my first wholesale out-of-state to Pigeon Forge in Tennessee,” Russell said.

Russell’s honey was born in his kitchen as a gift for friends and quickly spilled over into a kitchen in the city’s West End. He said he’ll soon outgrow that space.

“I’m in conversations with (contract packaging companies), since I’m ready for that next step. The volume’s getting to the point where I need that kind of service,” he said.

Earlier this summer, he worked with local ad agency Punch on a rebrand, which included the name change from Ames’ to AR’s. He said the first round of rebranded bottles is en route to shelves now.

With the rebrand completed, Russell said he’s also working on a variety of new items.

“The core (honey) product is listed as mild, but soon I’ll be coming out with a (hotter) version,” Russell said. “A consistent comment I hear at tastings is that people want it hotter.”

Also on the way is a traditional, non-spicy honey and products that will incorporate his hot honey into salsas, mustards, barbecue sauces and hot sauces.

“I’m just experimenting now, but I’m hoping to have some of them ready for the first quarter of 2018.”

Russell, who keeps a full-time job in IT staffing, said his startup’s growth has caught the eyes of outside investors.

“I think it’s too early,” Russell said of bringing in investors. “I appreciate the interest and trust, but I feel like I’m still early enough that I don’t understand the value of it.”

I’m so proud and excited for my brother Ames J Russell! You’ve worked hard for this in a very short time, from something that was a gift for friends, to now a culinary treat for all.