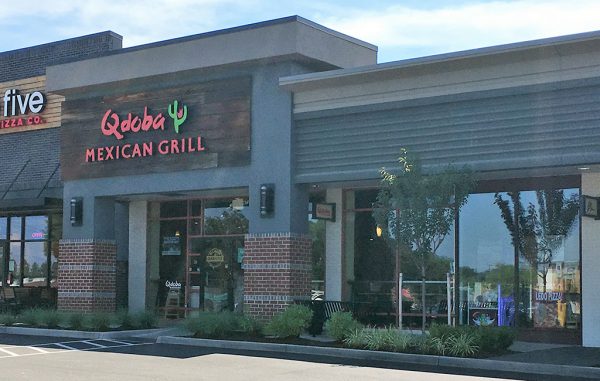 Tijuana Flats will take over the space occupied by Qdoba, which will close its Willow Lawn location Sunday. (J. Elias O’Neal)

Burritos will continue to be rolled at a Henrico County shopping center space that’s changing operators.

Florida-based Tijuana Flats Tex-Mex is taking over the 2,700-square-foot space that currently houses a Qdoba location at the Shops at Willow Lawn.

Qdoba will close the location at 4925 W. Broad St. on Sunday, according to a store employee. A company representative could not be reached for comment Tuesday afternoon.

It will be the second store Qdoba has closed in the Richmond metro. Earlier this summer, the San Diego-based chain ceased operations at a Kroger-anchored shopping center at 9468 W. Broad St. in western Henrico.

The Willow Lawn closure will leave Qdoba with five locations in metro Richmond.

Founded in 1995, Tijuana Flats serves classic Tex-Mex entrees such as tacos, burritos and burrito bowls, and nachos. Its restaurants include a sauce bar with varying degrees of flavor and spice.

The Willow Lawn location will be Tijuana Flats’ first in metro Richmond and second in Virginia, spokeswoman Monique Yeager said. It has an outpost in Virginia Beach and 120 others across Florida, Georgia and the Carolinas.

Yeager said the chain is targeting a first quarter 2018 opening at Willow Lawn. She said work to upfit the space is out to bid.

Once operational, the company plans to hire about 50 full- and part-time workers to staff the location, Yeager said. She did not disclose the amount being invested in the location.

“We think this is a strong community and we believe it will be a great introduction for us in this market,” Yeager said in an email.

Lindsey Barden, principal broker with Dark Horse Commercial Real Estate, represented Tijuana Flats in the transaction. Barden said she is working to secure additional locations throughout the metro Richmond market as the fast-casual chain looks to increase its presence along the East Coast.

Before Chipotle came to town I used to really enjoy going to the Qdoba at Chesterfield Town Center for a burrito, perhaps some chips and guac, and a cold beverage on their patio. Then at some point they no longer had an ABC license and Chipotle moved into town. I would humbly suggest the remaining Qdobas in Richmond offer good craft and Mexican beers if they want to distinguish themselves from the competition.

The Tijuana Flats sign is no longer up on this building, appears to be now closed.