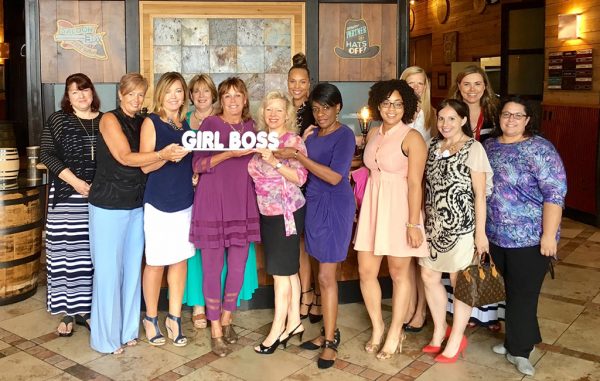 Pulling from their experiences as entrepreneurs, a local healthcare company founder and a real estate agent are looking to encourage other women business owners with a networking group they can call their own.

Debbie Johnston and Susan Stynes have started “#Girlbosses,” a monthly, women-only gathering named after the Twitter hashtag that Stynes has used in tweets for her recently launched brokerage, River City Elite Properties.

Johnston, the founder of home-healthcare provider Care Advantage, which she sold in January to a private equity firm, is organizing the group along with Stynes, who likewise started her career as a registered nurse.

Having co-founded the ongoing Network of Enterprising Women in 1988 – around the same time she founded Care Advantage – Johnston said she wanted to create a new group that was fun while also providing attendees with lessons and information they can take back with them.

She and Stynes said they aim to have a new profession represented at each meeting, with different business owners presenting to the group. They said it has attracted dozens of attendees since starting four months ago. Attendees have included bridal shop owners, makeup artists, real estate agents and charity organizers.

“The hope is that each month, each person brings a new person,” Johnston said. 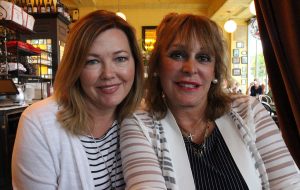 Of her previous group, Johnston said: “It was really fun at the beginning, then some attorneys got involved and we started doing things like bylaws and it got real formal. I just thought it would be cool to start one that’s fun and get together for lunches and parties and help each other.”

Johnston said starting a business can be particularly challenging for women, who she said can be hard-pressed to find venues to network and learn from their peers.

“I think it’s harder for women to do this – to go out on their own,” said Johnston, who started Care Advantage in 1988 and sold it with a total of 3,000 employees and $30 million in annual revenue.

Stynes, who recently launched her brokerage after years as an agent with Joyner Fine Properties, said she’s learned a lot about starting and managing her own business – such as hiring and firing – that she’s eager to share with others. She said she put $30,000 into starting her firm and opening an office at Westchester Commons, and that the brokerage is on pace to sell 100 houses this year.

“I know what it was like to be a young woman, and I’m going through the whole scary part of still opening a business,” Stynes said.

The group has found a home at McCormack’s Big Whiskey Grill at Regency Square, where it has been meeting recently in one of the restaurant’s private rooms.

They meet for lunch the third Monday of each month and recently launched a private Facebook group. The next meeting is Aug. 21 at noon.

There’s currently no charge to attend the events, other than attendees paying for their own lunch.