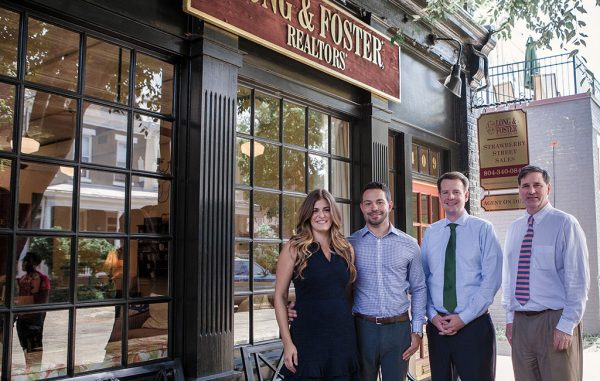 Three months after its local operation sustained several departures, a national real estate brokerage is filling some of the void with a pair of recently high-profile home rehabbers and an executive returning from Northern Virginia.

Josh and Breese Romano’s Cobblestone Development Group, a home rehab company recently featured in the “Richmond Rehabbers” TV pilot for HGTV, has joined Long & Foster after a year with One South Realty Group.

They follow the lead of executive Brian Haug, who Long & Foster has appointed to lead its Richmond market. The VCU alum returned to Richmond in June after four years in D.C. with Long & Foster’s Prosperity Home Mortgage subsidiary.

The brokerage hired Josh Romano as a business development officer and consultant, and he and Breese have transferred their real estate licenses to Long & Foster’s sales office on Strawberry Street, where Josh will maintain his own office.

In his new role with the company, Josh said he will help Long & Foster grow its local business while training new agents on sales and other subjects. He and Breese officially started at the brokerage Aug. 2.

“Cobblestone is going to grow with Long & Foster,” Josh said. “We’re going to stay with them.”

He said discussions with Long & Foster arose following an impasse between him and One South founder Rick Jarvis, who brought the Romanos into the fold about this time last year.

Josh declined to discuss the disagreement specifically, but said he and Breese left on good terms and with Jarvis’s encouragement. 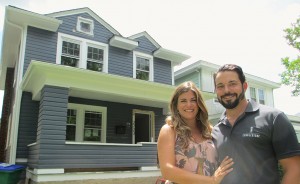 Breese and Josh Romano in front of a home they restored in Richmond’s Northside. (Jonathan Spiers)

“I’m very appreciative of the time we were there, and they definitely went above and beyond for us,” Josh said. “We came to an impasse on something, and the opportunity presented itself with Long & Foster as a result of it. It was the right time, and it worked out.”

Reached Tuesday, Jarvis said in an email: “We wish them the best of luck in their new endeavors.”

The Romanos are a welcome addition for Long & Foster, which took a hit in May with the departure of four executive- and management-level agents who started their own local brokerage.

They included Scott Shaheen, a regional senior vice president who had been with the company for two decades, along with Mahood Fonville, John Martin and Scott Ruth, who were managing brokers at the company’s Strawberry Street, Short Pump and Tuckahoe offices, respectively.

Long & Foster has since filed suit against the foursome, alleging breach of contract. A response to the suit was filed in late June.

In a release announcing the Romanos’ new affiliation, Haug, who has taken over Shaheen’s former role as senior vice president for the region, said the company will benefit from the addition of Cobblestone, which the release said has renovated more than 75 area properties in five years.

Reached Tuesday, Haug pointed to other recent local additions – including The Strum Group in Henrico County, which is moving over from Keller Williams – as signs of Long & Foster’s sustainability in the market despite the May departure of Shaheen and the others.

“There are plenty of other managers that are still here and plenty of other teammates. We’re still a large organization in Richmond,” Haug said. “The people who left were important, but they were a piece of the puzzle. They weren’t the whole puzzle.”

Haug said other additions and reassignments within the company are in the works.

While Josh’s time will be split between Cobblestone and his new duties with Long & Foster, he said, his development and rehab company will continue unchanged, operating from its warehouse space in Scott’s Addition.

“Cobblestone Development is still running,” he said. “It’s a product that Long & Foster is selling.”

So everyone’s a realtor these days…. ho hum.