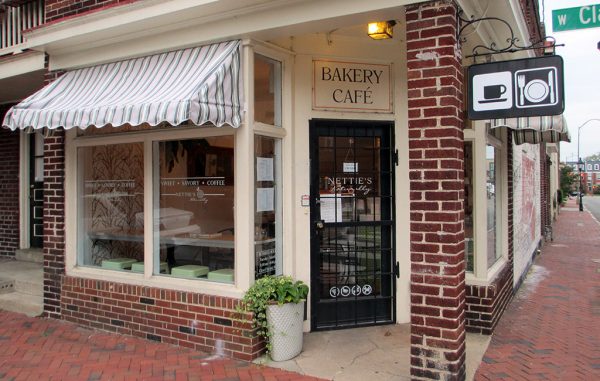 A downtown bakery has unexpectedly closed its doors after its owner says she was denied re-entry to the country.

Nettie’s Naturally owner Lynette Potgieter says she has no choice but to close her wholesale business and bakery-café at Adams and Clay streets after she was denied a required visa stamp while visiting her sister in Switzerland.

Potgieter, who started Nettie’s Naturally five years ago and opened her storefront in 2015, said she wasn’t given a reason why she was denied the visa stamp to re-enter the U.S. at the American embassy in Switzerland.

While she was willing to discuss her situation with BizSense, she did not want to comment in detail because she’s concerned doing so could affect her active request for a green card, which would make her a permanent U.S. resident.

A native of South Africa, where she is now staying with her parents, Potgieter said she was told by immigration attorneys she consulted with before her trip that she now has no option but to stay out of the U.S. and wait for her green card to be approved – a process she said could take up to six months.

In light of that timeframe, she said she is forced to close Nettie’s Naturally, losing the business she’s built over the past five years and putting two employees out of a job in the process. The bakery specializes in gluten-free and vegan items and supplies inventory to the likes of Whole Foods in Short Pump and Ellwood Thompson’s in Carytown.

“I have to be there in order to run the day-to-day operations, and I do half the baking. Plus, I had two employees that left just before going on vacation, so we’re actually down two staff, and if I’m not there, it’s going to be chaos,” Potgieter said from Switzerland on Sunday.

“It forced me to close my business, because I can’t actually give a (re-opening) time. I don’t know if it’s going to be in a month or six months,” she said. “I’m going to have to move back to my parents’ in South Africa, because I have nowhere else to go, and all I have with me is my suitcase that I came on holiday with, so it’s quite a disaster.” 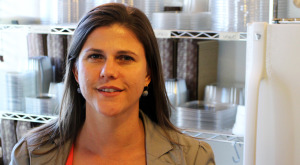 Nettie’s Naturally has been temporarily closed since she left for her trip in late July, with a note on the door saying it would reopen in two weeks. That note has since been replaced with another, telling customers that the business is now closed.

“It is with great sadness that we have to inform you that due to unforeseen circumstances we have had to close Nettie’s Naturally,” the message states. “We thank you for your support over the years.”

Similar messages have been posted on the bakery’s website and social media pages.

Assistant baker Shola Walker, who has been wrapping up business in Potgieter’s absence, said its last official day will be Aug. 24, giving her time to fulfill remaining orders from wholesale customers.

“We’re just trying to make sure we fill those orders for all of our clients and pretty much say thank you and goodbye,” said Walker, who is returning to her previous job with Shockoe Bottom restaurant Nota Bene. “I think Lynette is still hopeful that she’ll get her documents in time to return to the U.S. and then we can carry on, but at this time, it’s kind of up in the air.”

Potgieter said she renewed her non-immigrant visa in April and it is valid through July of next year. She said she holds an Australian passport, having lived there in the past, and has dual citizenship with Australia and South Africa. She said she also has had a valid work permit since arriving in the U.S. six years ago as an optometrist with a German company that was conducting a research project in the states.

When that project ended, she said she decided to make a career change that would blend her love of nutrition and baking. Having enjoyed living in Richmond, she started Nettie’s Naturally and opened the café in Jackson Ward, where she also has an apartment.

She said the business has been profitable and growing each year, with $120,000 in sales last year and projected growth this year of 10 percent. Now, she’s trying to compensate her two employees and honor their agreed two-week notice period, despite no longer generating income.

“This is costing me an absolute fortune,” she said, noting the costs to apply for the green card, renew her visa, pay her immigration attorneys and book her flight to South Africa, after giving up her nonrefundable plane ticket to the U.S. 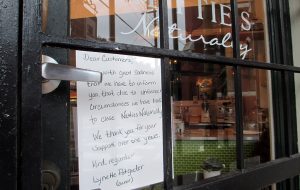 A note on the door tells customers the business is closed. (Jonathan Spiers)

“I’ve been spending thousands of dollars, and I’m walking away with absolutely nothing and having to close down a business that’s really profitable and really doing well,” she said. “All the ifs and buts that go into growing a business for five years, all the money being spent to live in a country where you can make a new life, and then you walk away with absolutely nothing for I don’t know what reason.”

Potgieter said her attorneys advised her to leave the visa issue alone because any further action could affect her green card approval.

She said she’s determined to get her green card so she can come back to Richmond and collect her things from her storefront and apartment. If she is able to return to Richmond, Potgieter said it isn’t likely that she’d reopen Nettie’s, though she said she wants to keep her options open.

“This has left a really bad taste in my mouth,” she said. “I feel like it has actually done damage to my business, because I know what customers are like: they want something, they want to be able to go and buy it. You end up losing a lot of integrity with people, especially the customers like Whole Foods – they’re not just going to sit and wait for me for six months.”

Walker, the assistant baker, said they’ve heard from loyal customers on social media inquiring about what happened and saying they’re sorry to see the business close.

“We wanted to make sure they knew it wasn’t because we didn’t have enough business,” Walker said. “It was just because of this situation for Lynette, unfortunately.”

While’s she’s unsure what her future holds, Potgieter said she is sure it will continue to include baking.

“This is my dream, to do what I’m doing,” she said. “I think it would be awesome to have a business like (Nettie’s) in South Africa, so that’s what I’ll focus on next.

“It’s a shock, but I’m just going to be strong and just carry on,” she said. “I guess this is life, it sometimes sends you in different directions, and I’m just going to pick myself up and carry on and look to the future.”

Not good. Some of the best pastries I’ve ever tasted and a beautifully designed store. INS is often a nightmare, many crazy rules, long waits, and you often are dealing with people who seem unable to understand the absurd positions they put people in. Hope you will be back soon Lynette!

It’s impossible to convey to the uninformed how thoroughly screwed up our immigration “system” is. We make it a nightmare for those wishing to be legitimate, and welcome with sanctuary and subsidies those who skip across the border. We act as if hoards of no skill workers are somehow a benefit to us, and deny entry to someone who is clearly productive. The administrative state is not a friend to liberty or prosperity.

This is terrible. I rely on her for food items for my clients whom have specific food restrictions. She is a great person and her business was a model for others.This makes me sad…

I used to live right across from this location. Back then, it was a poorly run convenience store that was raided several times, once or twice by 15-20 heavily armed cops.

Denying her re-entry back into this country does not help our nation nor community.

Lynette (Nettie) Potgieter is exactly the type of immigrant Americans want to join them in making America the land it has become. I hope a Senator takes notice of this article and helps Ms. Potgieter get back to her home in America.

This story tears my heart out. Thank you Jonathan for shedding light on this tragic event. The best of luck to you Lynette.

If Nettie ever opens up again, I will be first in line as a customer! This is a shame and her products are second to none. Healthy, tasty and different!

I thought we were only picking on a particular religious group, who knew others would run afoul of our system (tears up protest sign).
I too am sorry she’s had to jump through these hoops (laws). However, she IS doing the right thing by waiting for her Green card, and I will thank her when I see her again.

Nettie, I’m so sorry to hear about this sad news. I’m praying that once your storm passes, which it will, we will have an opportunity to meet. Please hold on for the BEST is yet to come!!! Keep going!!!!!

She’s doing this all wrong. Trying to legally immigrate and start a legitimate business is not the way to go. She needs to move to Mexico, then cross into the country illegally. Not only will she have safe harbor, but she’ll also get free healthcare, welfare, and never pay a dime in taxes!

Not only can undocumented immigrants not access social services, but they also pay about $12,000,000,000 (that’s billion) a year in taxes.

Capitalizing on a hardworking business owner’s misfortune in order to make a twisted political statement shows a lack of honor and character. Until now, I’ve always appreciated that this forum sought a higher level of professionalism than other online outlets. It only takes one “Ragnard” to debase the standards of this community. If one can’t help physically, at least help with a kind word. Caustic comment fortunately show the functioning population when a small person is in our midst (so don’t change).

So, let’s see – we’ve reduced our GDP and increased the number of unemployed. Yep, definitely “Making America Great Again.” Not.

Would love to see this story go viral and am doing my best to circulate it. Also forwarding to all my (so-called) government “representatives.”

I wondered how many responses it would take before this became about Donald Trump. I had predicted four. I was a little off.

How is it not?

I sent a letter to the President and the two Va. Dem.. Senators about this Lady and will wait to see if I get a response. Kaine is good about helping the illegals, let’s see if he will help a legal immigrant !

Sad. I lived across from it when ABC and city had to close it down for prostitution, drugs, ABC violations, health, food stamp corruption. A terrible danger and true legal “public nuisance.” Very sad to see this happen with this sort of positive store…