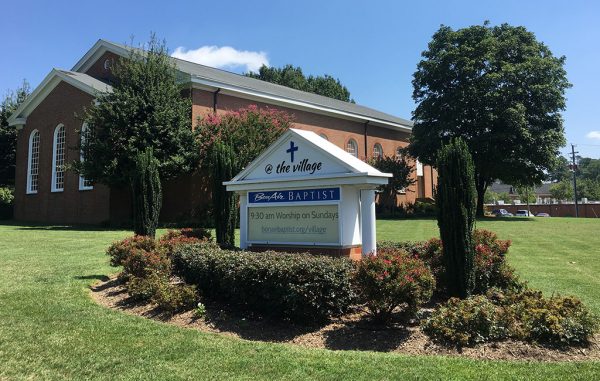 The “first day of school” is approaching for most schools in the area, but for a nascent local private school, that term has literal significance.

The coed 9-12 school is renting space in Bon Air Baptist Church at the Village, a small campus at 7250 Patterson Ave. near the Village Shopping Center. It starts this fall with just a ninth grade class, with plans to add a class each year for the next three years.

School president John O’Herron said the concept that started Cardinal Newman is trying to fill a need for an affordable, co-ed Catholic high school in the area.

In 2013, O’Herron and other founders began surveying local parents on their opinions about local Catholic school options. Two years later, Cardinal Newman Academy published a feasibility report, outlining why there was a need.

“It showed us a lot of things, the most prominent thing was the level of dissatisfaction with high-school options,” O’Herron said. “It was for varied reasons, but a big driver of that was affordability.” 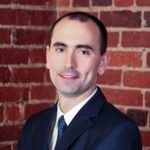 O’Herron said the organization wants to recruit families whose kids attend Catholic elementary school but don’t go on to attend high school at the area’s other Catholic schools, including Saint Gertrude’s High School and Benedictine College Preparatory, single-sex Catholic high schools that charge tuition of $17,640 and $18,500, respectively, and Blessed Sacrament Huguenot Catholic School, which is coed and pre-K through 12th grade, and costs $13,100 for high school.

Tuition at Cardinal Newman for the first year is $8,750.

To keep the school affordable, O’Herron said the most important factor is controlling operational costs.

“We’re not offering the amenities other private schools offer. And we’re proud to stand up and say that,” he said. “We’re not going to have a football team, or a swimming pool, or a golf course or a tennis court.

“We are about educating young people. And we’ll have extracurriculars and athletics, and offer a high-school experience. But every decision as we grow will be made with affordability in mind.”

O’Herron is something of a legacy education entrepreneur, as his father helped found Christendom College in Front Royal, Virginia. He’s a University of Richmond law graduate and works as a defense attorney at ThompsonMcMullan.

With five kids at Saint Benedict’s – which serves kindergarten through eighth grade – O’Herron said talking with his wife about prospects for high schools helped plant the idea of Cardinal Newman years ago.

“We said, ‘What are we going to do for school?’ Well let’s start one, the obvious choice,” he joked.

Cardinal Newman Academy, named for John Henry Newman, a Catholic cardinal in the 1800s, is registered as a 501(c)(3) nonprofit and has a staff of four. O’Herron serves on its board of directors along with Frank Russo, a corporate attorney for the Brink’s Co.; Brooke Bell, director of consultant services for the Center of Innovative Technology; and Denny Pregent, regional director for Coordinated Services Management.

With a 2017 operational budget of under $100,000 and enrollment of just three students the first year, O’Herron said Cardinal Newman doesn’t expect tuition income to meet its operational costs for a few years, and is fundraising to make up the difference.

Long-term, O’Herron said he’d like to see enrollment between 300 and 500, with a five-year goal of 30 to 50 students. For now, he’s thrilled with three, citing that The Steward School started with as many students in 1972.

“Realistically, starting a new school with a small student body, your incoming revenue is really low,” O’Herron said. “It allows you as an institution to navigate, learn from mistakes and strategize.”