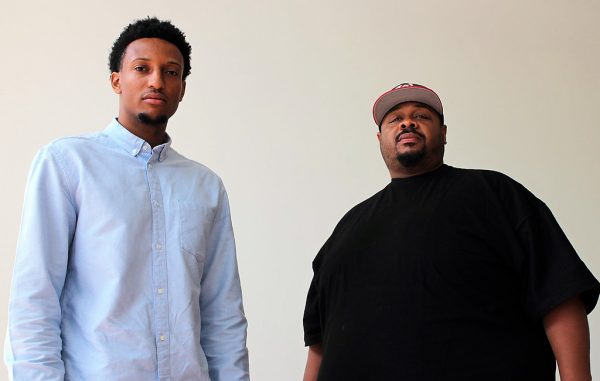 Manchester soon will be living high on the hog.

The owner of an East End barbecue joint is opening a new restaurant, Pig And Brew, along the Southside neighborhood’s commercial corridor at 1313 Hull St.

The new venture will be owned by Lamont Hawkins, the owner and pitmaster of  Inner City Blues Carolina BBQ at 3015 Nine Mile Road, along with his godson Lamarr Johnson.

“We thought it was the right time and opportunity,” said Johnson. “When you look at this area, there seems to be a lot of people and not enough dining options … so we thought it was time to move forward with our new restaurant here.”

Pig And Brew will occupy 1,500 square feet in a building renovated by local investor/developer Charlie Westbrook, who is also a broker with One South Commercial.

Westbrook purchased 1309-1315 Hull Street in fall 2015 and redeveloped the buildings into 14 apartments and four ground-floor retail units. Its other commercial tenants are Red Dragon Tattoo and art gallery Manchester Contemporary.

Reilly Marchant, a broker with Cushman & Wakefield | Thalhimer, represented Pig And Brew in its lease.

Johnson said the group will continue operating its Inner City Blues location, which offers delivery and take-out only.

They hope to have Pig And Brew open before Thanksgiving, Johnson said, and are working to secure a contractor to complete the space. He said they plan to invest up to $40,000 and hire up to nine people for the location. 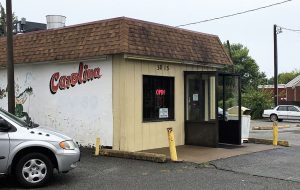 Hawkins said the menu will include smoked brisket and chicken, smoked wings and spare ribs. The restaurant will continue serving its signature pulled pork barbecue items, as well as side dishes such as collard greens, macaroni and cheese, green beans and baked beans.

“We have a recipe that we’ve perfected since 1974,” Hawkins said of the Carolina-style, vinegar-based barbecue. “We’re going to continue that same tradition at this location, too, as well as add some other things.”

Local beers will be offered along with a few national beer and wine brands.

Plans call for the space to accommodate plenty of seating, a bar area and five large TVs, Johnson said.

With a plan to add more daytime and late night options in Manchester, Johnson said, the restaurant will stay open from noon to 11 p.m. on Wednesday and Thursday, 2 a.m. on Friday and Saturday, and 8 p.m. on Sunday.

Manchester’s dining options, though limited to a handful of operators such as Camden’s Dogtown Market, Croker’s Spot and Ironclad Pizza, appears to be gaining some traction.

Café Zata, which has one coffee shop in Forest Hill, is set to open its second location in the former Blanchard’s Coffee Roasting facility at 700 Bainbridge St.

Johnson said now was the time to invest given the area’s continued residential growth.

“There is great potential in the area, but the food options just haven’t caught up,” he said. “We want to add our own take to what is already down there … and we think we’re going to be a good fit for the neighborhood.”

Correction: An earlier version of this story incorrectly stated that Lamarr Johnson as co-owner of Inner City Blues. He is not an owner in that restaurant, but will be co-owner of Pig And Brew.

You forgot Send a Chef and the Caribbean restaurant on Hull Street and the McDonald’s, now in a brand new home. You also failed to mention Legend Brewing, which I believe serves food as well as beer.
And there are probably other longstanding spots in and around the area, such as near Plant Zero, you overlooked.