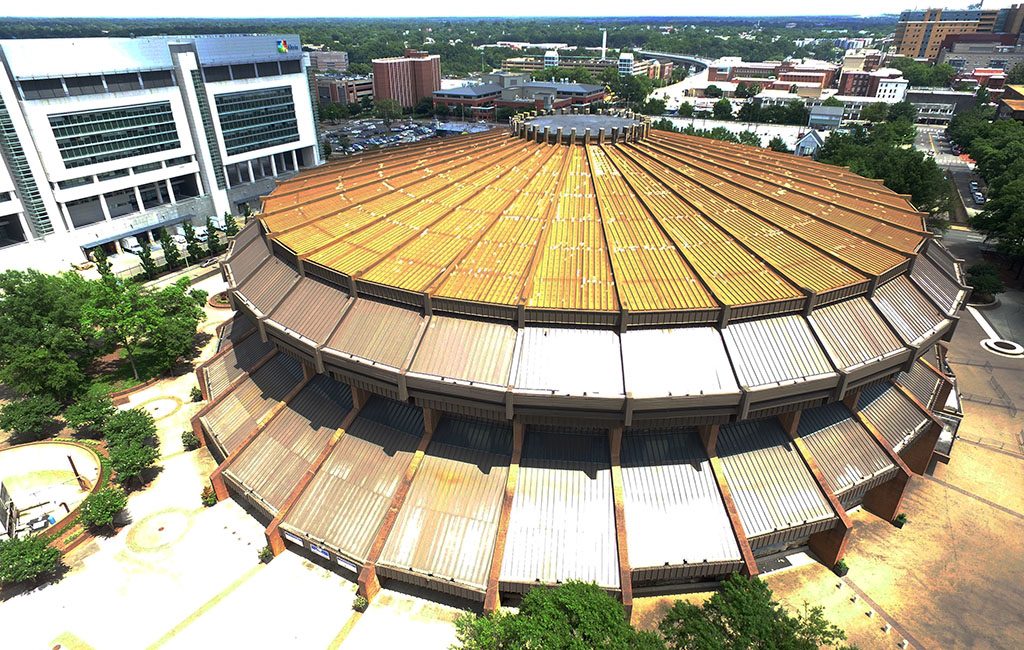 Two out-of-town development groups are helping shape the plan to replace the ailing Richmond Coliseum with a new arena, which would anchor a larger redevelopment of the surrounding blocks of the city.

The group of local corporate heavy hitters behind those plans has retained Fairfax-based Concord Eastridge and CEO Susan Eastridge, along with Michael Hallmark and his Los Angeles-based Future Cities, as master developers of the massive project.

Jeff Kelley, a spokesman for the group of businessmen and private investors pushing the plan, confirmed the involvement of Eastridge and Hallmark.

“Susan and Michael have been involved in identifying possible ways to replace the Richmond Coliseum, which currently costs the city around $1 million in annual subsidies,” Kelley said in a prepared statement. “A private team in Richmond continues to study options, perform due diligence and ensure a pathway to success before publicly discussing details.”

The private backing, along with support of the area’s corporate community – Dominion is eyeing naming rights for the new arena – would be key to bringing the project to fruition on what is currently mostly city-owned land.

The whole plan, should it materialize, could unlock for revitalization much of the acreage bound by North Fifth, East Marshall, North 10th and East Leigh streets. The properties that could be included are all city-owned through various departments, and encompass about 17 acres, the largest chunk of which is 7 acres housing the city-owned Coliseum.

Plans discussed by the investor group, according to sources familiar with the effort, include building the new arena where the Richmond Coliseum currently stands at 601 E. Leigh St. The existing coliseum would essentially be scraped from the site, with the guts of its subterranean bowl below carved out, all to be filled in and capped by the new arena. 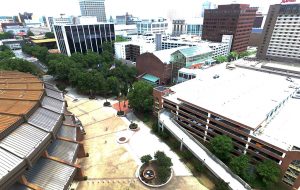 The properties that could be included encompass 17 acres. (Kieran McQuilkin)

The plans would also call for tearing down what’s left of the old Sixth Street Marketplace and transforming the adjacent Blues Armory into a multi-level food and entertainment complex with a market on the first floor, a music venue on the second floor and top-floor event space.

A new hotel, likely around 400 rooms, is also in play for space behind the Blues Armory and next to the Coliseum.

Hallmark and Eastridge’s involvement brings plenty of development clout to the group. Hallmark was the principal architect on the Staples Center in Los Angeles, among a long list of other major projects.

Concord Eastridge has a track record as master developer on mixed-use projects, many that involve conference centers, hotels and higher education facilities as an anchor. Past projects have included large-scale work for the University of Mary Washington, Virginia Tech and George Mason University.

As master developers, Eastridge and Hallmark’s firms would lead the overall plan, while likely opening up individual pieces of the project to other players, including likely local developers and operators.

As for a timeline on how the plan will progress, Kelley said there are still no firm dates to share, including when a formal public announcement might be made to detail all the players involved, the budget and how it would be financed.

“The team wants to be certain that any plan presented to the public has been fully vetted, to reduce risks to the community,” Kelley said. “Lots of pieces are moving and no firm timeline is set.”

Constructed in 1971, the Coliseum has been derided in recent years for interior issues such as leaks, in addition to its deteriorating exterior.

The Coliseum’s max capacity is around 13,000, but its configurations for most events lower that seating number by a few thousand.

The plan would look to give Richmond an edge in winning the business of concerts, sports and other events over the larger John Paul Jones Arena in Charlottesville and forthcoming 18,000-seat, $220 million arena in the works in Virginia Beach.

Race is on to redevelop aging Richmond Coliseum - Richmond BizSense

[…] The Farrell-led group has not formally submitted plans to the city, but has retained Fairfax-based Concord Eastridge and CEO Susan Eastridge, along with Michael Hallmark and his Los Angeles-based Future Cities, as master developers of the massive project. […]