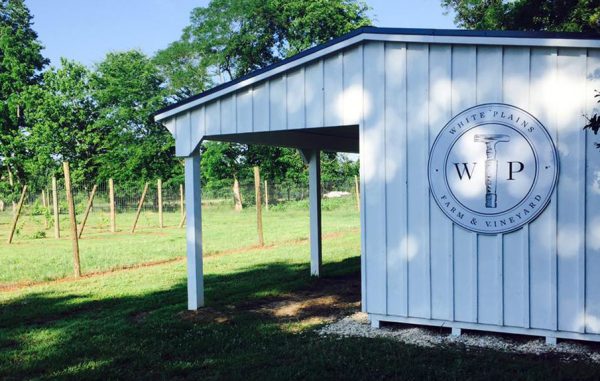 Depending on the season, Chris Peace spends most of his days writing legislation or planning estates.

Peace is an attorney and state delegate for Virginia’s 97th District, representing parts of Hanover, King William and New Kent. He’s been serving in the House of Delegates since 2006.

Now, the lawman is taking on a third profession: vintner.

He and his wife Ashley are preparing to open White Plains Farm & Winery, a farm winery located off Old Church Road in Hanover County.

The road toward opening a winery began in 2011 when the Peaces purchased and renovated a 200-year-old home on 50 acres. Ashley had taken a winemaking class at Piedmont Virginia Community that planted the seed for their interest. In 2014, they planted literal seeds.

“We now have fruit for first time – it takes a while for that to happen,” Chris Peace said.

On 2 acres, the couple planted 26 rows of grapes, which have harvested 1,400 plants of Voignier and Tannat grapes. Peace said they’ve got a Voignier and Cabernet Sauvignon already barreled.

They’re applying for a farm winery license from Virginia ABC, and in the meantime building a 1,000-square-foot tasting room on the property. Peace said he plans to model tastings after the type they experienced on a trip to the Tuscan region of Italy. 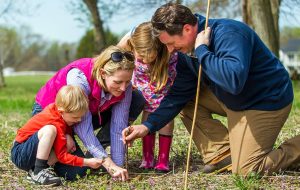 The Peace family planting at the vineyard. (White Plains Winery)

“We’ll be doing it by appointment at the garden house. We wanted to do it as a hands-on experience,” he said. “(Italy’s) tastings are small and family-led, where you get to really compare two types of wine.”

They hope to have the farm winery license this fall and begin tastings shortly after, but Peace said if that doesn’t work out they’d look for an early spring opening. He said they don’t have plans to distribute right away, but are not ruling anything out.

With most of his days spent in a suit and tie – he has his own estate-planning and family law practice, in addition to his time each year in the General Assembly – Peace said he relishes the chance to work with his hands.

“No pun intended, it’s like detox,” he joked. “You go from pushing paper and talking for a living, to rolling your sleeves up and getting dirty. It’s a great escape. We’re looking forward to sharing it with others.”

White Plains will be one of the few wineries in a market flush with breweries, and won’t be far from some of its competitors. It’s about 10 minutes away from New Kent Winery and 15 miles from James River Cellars off Route 1.